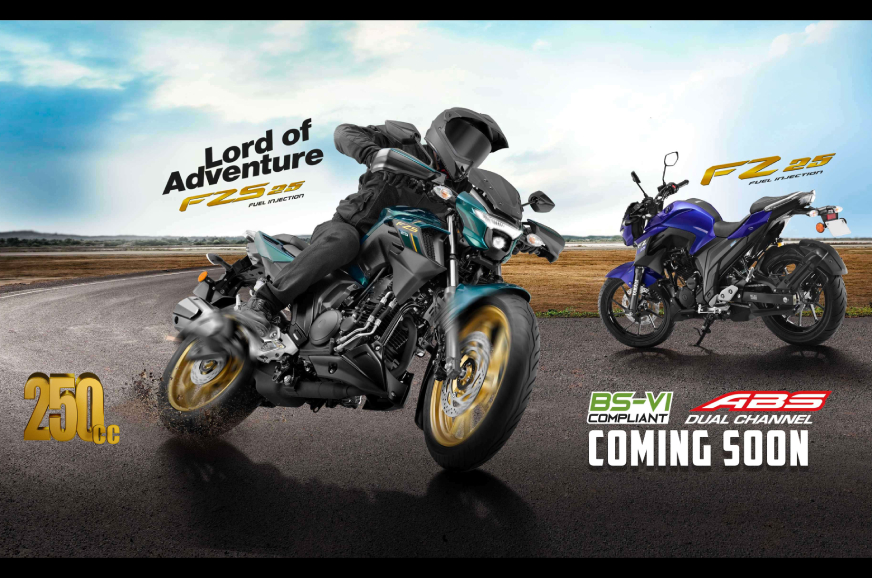 A couple of months ago, Yamaha revealed the BS6 FZ 25 and a new model variant, the FZS 25. In its initial release, the manufacturer revealed that the bike would go on sale in April 2020, but that could not happen due to the COVID-19 outbreak. Now, Yamaha has updated its social media handles and website with an image revealing that the launch of the bike is imminent.

The image also confirms that the motorcycle  will now be fuel injected and that it will continue to feature a dual-channel ABS. Peak output figures for the updated BS6 engine were revealed earlier as 20.8hp at 8,000rpm and 20.1Nm of torque at 6,000rpm. For reference, the BS4 bike made nearly identical figures – 20.9hp/20Nm at identical points in the rev range. We’ve also been told that the bike now weighs 1kg more, at 153kg (kerb weight).

The rest of the bike remains largely unchanged, but Yamaha is offering it with a few new colour options. The FZ 25 will be available in a Metallic Black and Racing Blue, while the FZS 25 will be offered in the dual-tone Dark Cyan, Dark Matte Blue and Metallic White colour schemes, of which the first two feature gold-coloured alloy wheels. Yamaha has also added a new side-stand-down engine inhibitor, redesigned instrument cluster, belly pan, and a headlight – which we hope offers better performance than the one on the outgoing FZ 25. Additionally, the FZS 25 gets knuckle guards too.