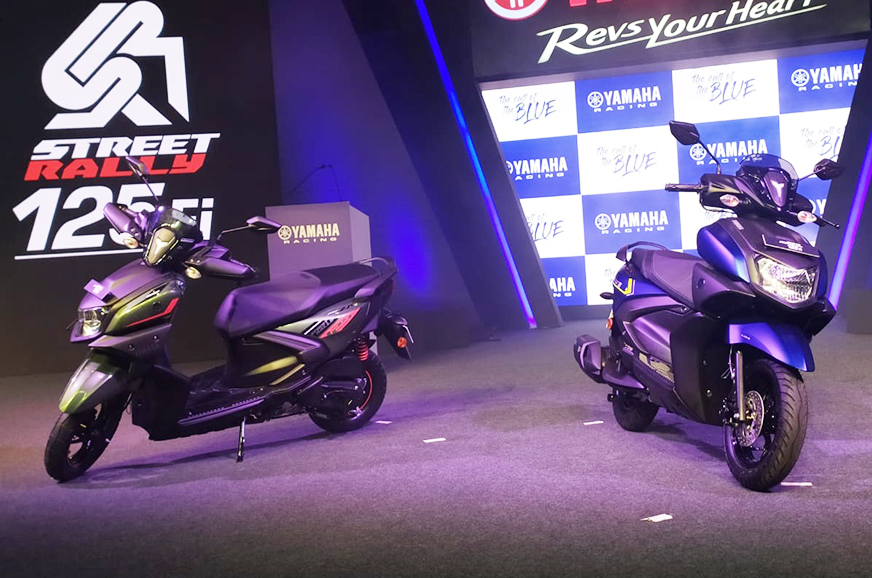 Yamaha has just unveiled the Ray ZR 125 and the Ray ZR 125 Street Rally – models that will replace the current Ray ZR scooters. Prices for the scooters are yet to be revealed.

The outgoing Yamaha Ray and its variants are powered by a 113cc single-cylinder, carburetted engine that produces peak output figures of 7.2hp and 8.1Nm, while the new Ray ZR 125s are powered by a 125cc, single-cylinder unit that is fuel-injected and BS6-compliant. Output figures are 8.2hp and 9.7Nm, and this should result in a noticeable step up in performance. Yamaha has also claimed that the new engine is 16 percent more fuel efficient (at 58kpl) in its tests as per the WMTC (World Motorcycle Test Cycle) which includes startup, acceleration and deceleration.

The Ray ZR 125 has also been equipped with a quiet engine start system and a stop/start system, both of which we’ve seen on the recently launched BS6 Honda Activa 125. The Street Rally also includes other features like a new digital instrument cluster, and a wider 110 section rear tyre. The new Ray ZR125s feature a beefier design and the Street Rally variant also comes with a host of accessories including a front and rear crash guard.

Considering the features, performance and price of the Yamaha Ray ZR 125, it finds itself in the space of other sporty scooters like the Aprilia Storm 125. However, the latter is still in its BS4 form and is expected to undergo an overhaul when it makes the switch to BS6.

Yamaha has also launched the new BS6-compliant Fascino, and you can head here to read about it.