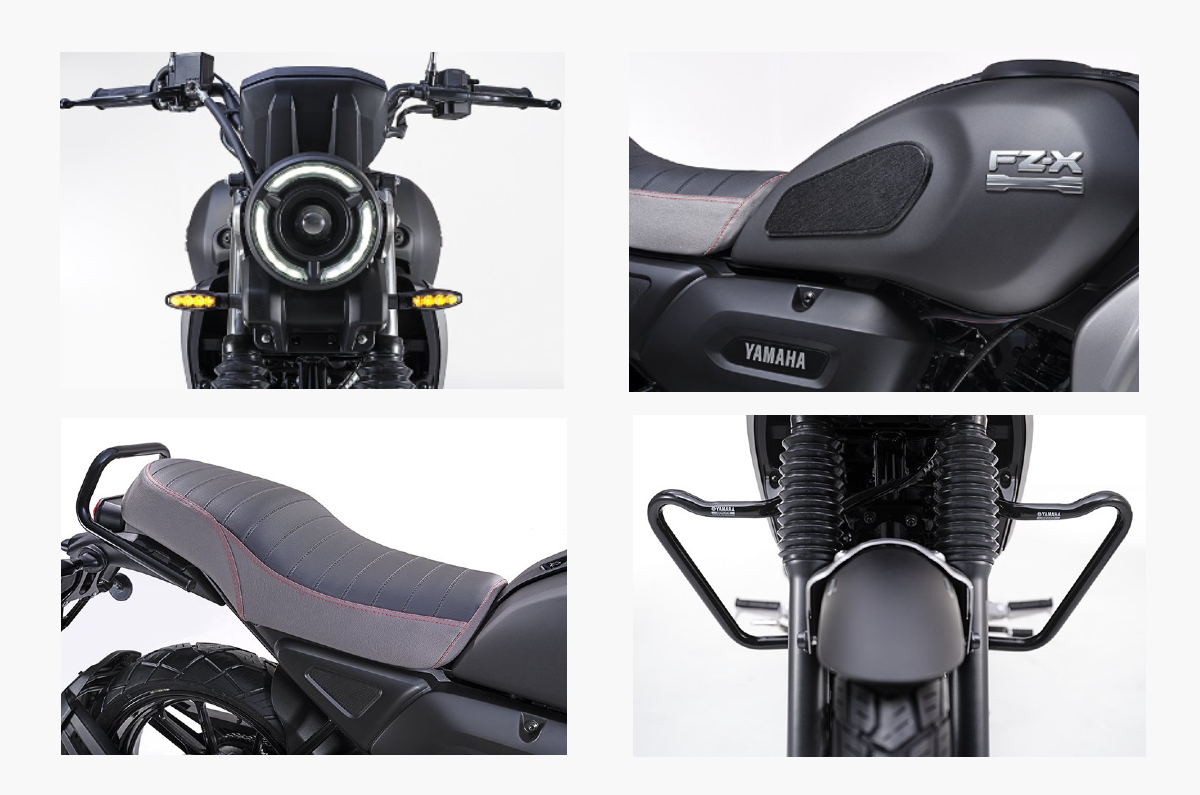 Yamaha has revealed its accessory list for the recently-launched FZ-X.

The Japanese two-wheeler company launched its scrambler-styled FZ-X in India a few days ago. The bike is available in two variants – one with and one without Bluetooth connectivity. Yamaha has said that the Bluetooth connectivity cannot be retrofitted and won’t be available as an accessory. So, one has to be sure whether they would want this feature or not at the time of purchase.

However, the Yamaha FZ-X is also available with a number of official accessories. The ones that looked the most interesting were the LED turn indicators and chrome mirrors. The indicators are priced at Rs 1,490 for two units, which means it’ll cost around Rs 3,000 for the entire set. This price is slightly higher than what KTM charges for its LED indicators.

Yamaha also has chrome mirrors on offer, for Rs 800. The company hasn’t mentioned whether this is the cost for one mirror or the pair, but we believe it’s the latter. The FZ-X can also be optioned with a larger pillion footrest, for Rs 400. Other accessories include a dual-tone seat cover for Rs 300 and tank pad for Rs 400. Lastly, Yamaha will also sell you a motorcycle cover for Rs 400.