Xiaomi has filed a new smartphone design patent with Chinese patent office CNIPA. The design shows a new way that can be adapted for better usage of waterfall displays on smartphones. The patent was reportedly published on April 3 and has now been included in the Global Design Database of the World Intellectual Property Office (WIPO). The new patented design by the Chinese company shows a phone with a waterfall display, with the screen covering about 60 percent of the sides of the phone. A waterfall display is essentially a curved screen that goes slightly over sides of the phone.Xiaomi had filed this patent in September 2019 with CNIPA, before it was published on April 3. The patent document was cited by a Dutch website called LetsGoDigital. The website shows that the waterfall display on the patented Xiaomi phone falls back to a close to 90 degree angle. According to the report, both edges of the patented Xiaomi phone’s are more than 60 percent screen because of the waterfall design.Apart from the design, the Xiaomi patent focuses on a new use case for the waterfall display. The two sides of the prototype phone seem to hold the navigation control and the status icons interface, as can be seen in the image below. 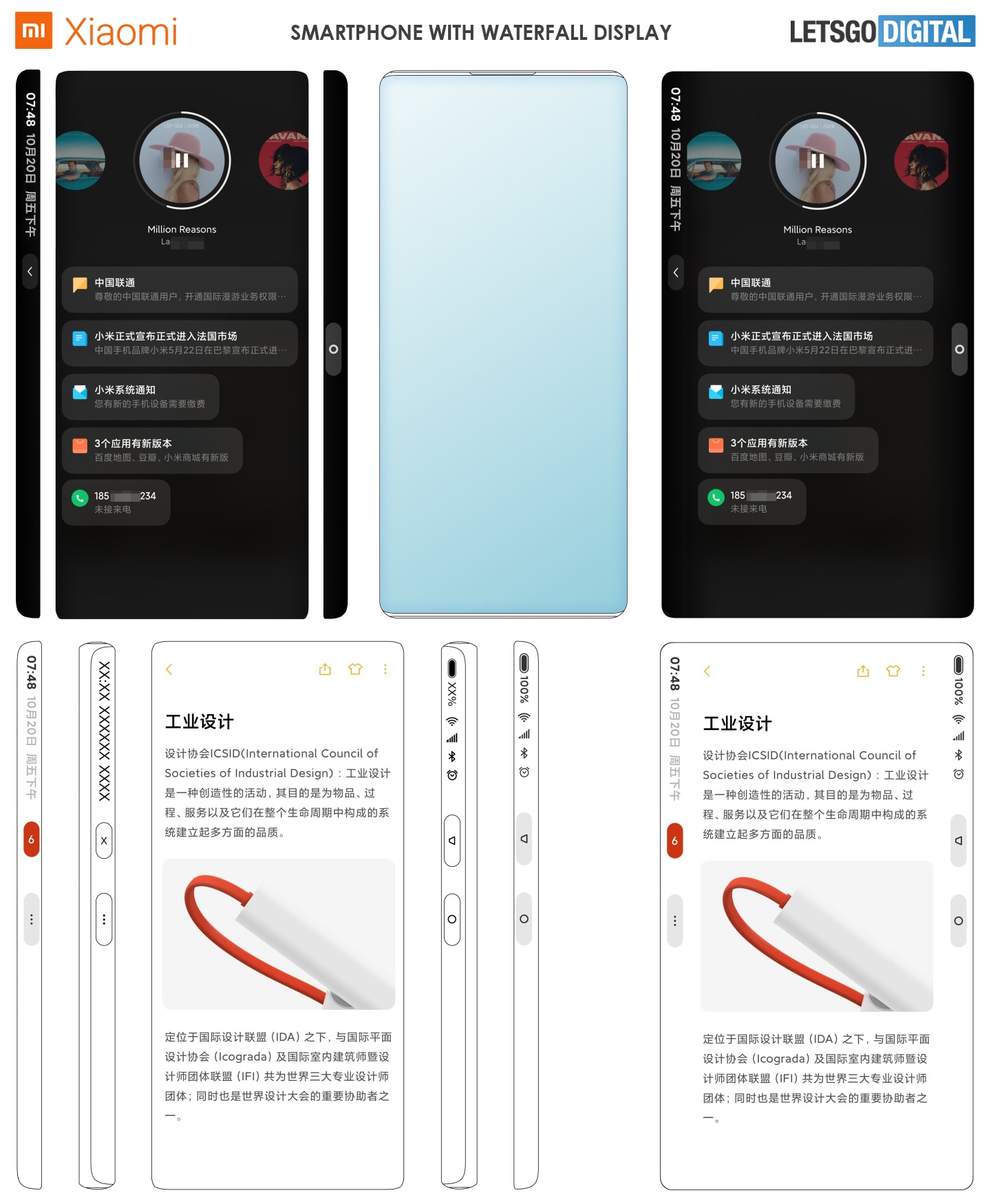 The sides of the phones (as seen in the image) hold the navigation controls, and status icons like battery, networks, etc.
Photo Credit: LetsGoDigital

Now, this could be a interesting step from Xiaomi as it seems to be a useful UI design for optimal usage of screen space. For example, watching videos on such a smartphone will offer a seamless experience, with the controls never interfering with content, as they can be placed on the side. Xiaomi won’t be the first do so though.