The three smartphone brands from the China-based BBK Group — led by Realme — were the fastest growing brands in the Indian smartphone market in calendar year 2019, while Xiaomi remained flat and Samsung went into negative growth (year-over-year), the International Data Corporation (IDC) said on Friday.

Xiaomi led the market with 28.6 percent share and registered annual shipments of 43.6 million units in 2019 — the highest ever smartphone shipments made by any brand in a year — but the growth slumped to 9.2 percent (YoY) in 2019 from 2018, IDC reported. 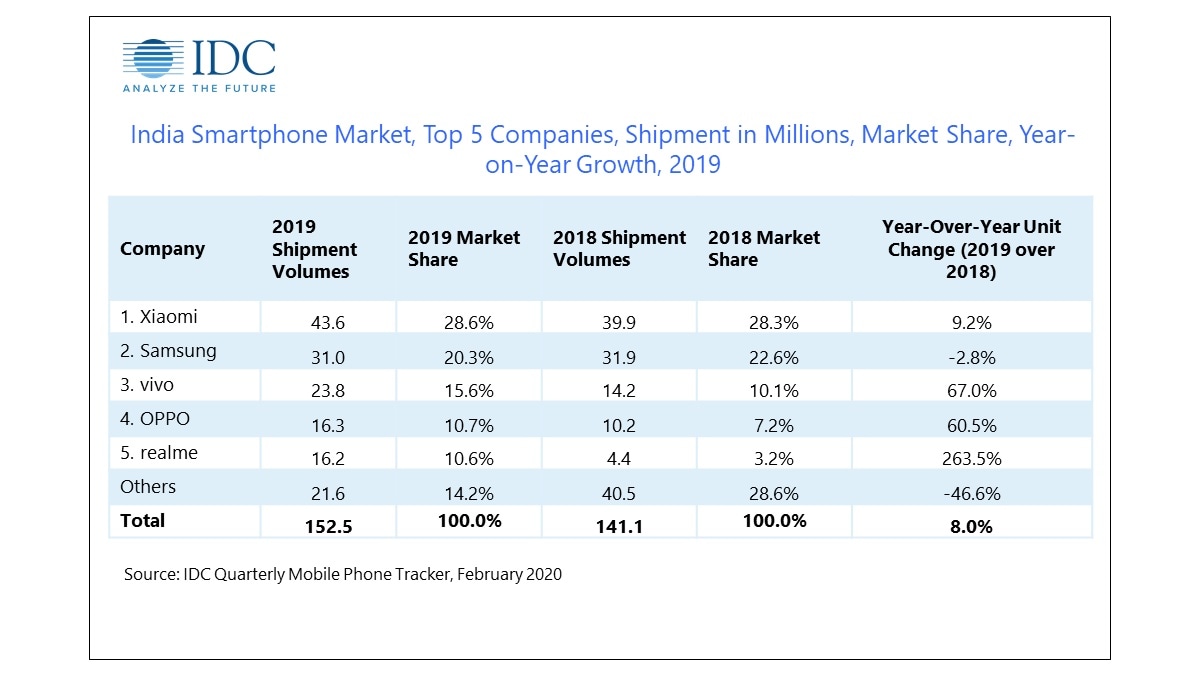 “Vivo became the leader in the offline channel. The continued focus on its offline channel, despite the exclusive lineup in online channel and presence across price segments, led to this phenomenal rise in 2019,” said the IDC report.

Oppo climbed to the fourth position in the fourth quarter in 2019, with a huge YoY growth of 88.4 percent on the back of its affordable A series and successful Reno 2 series. 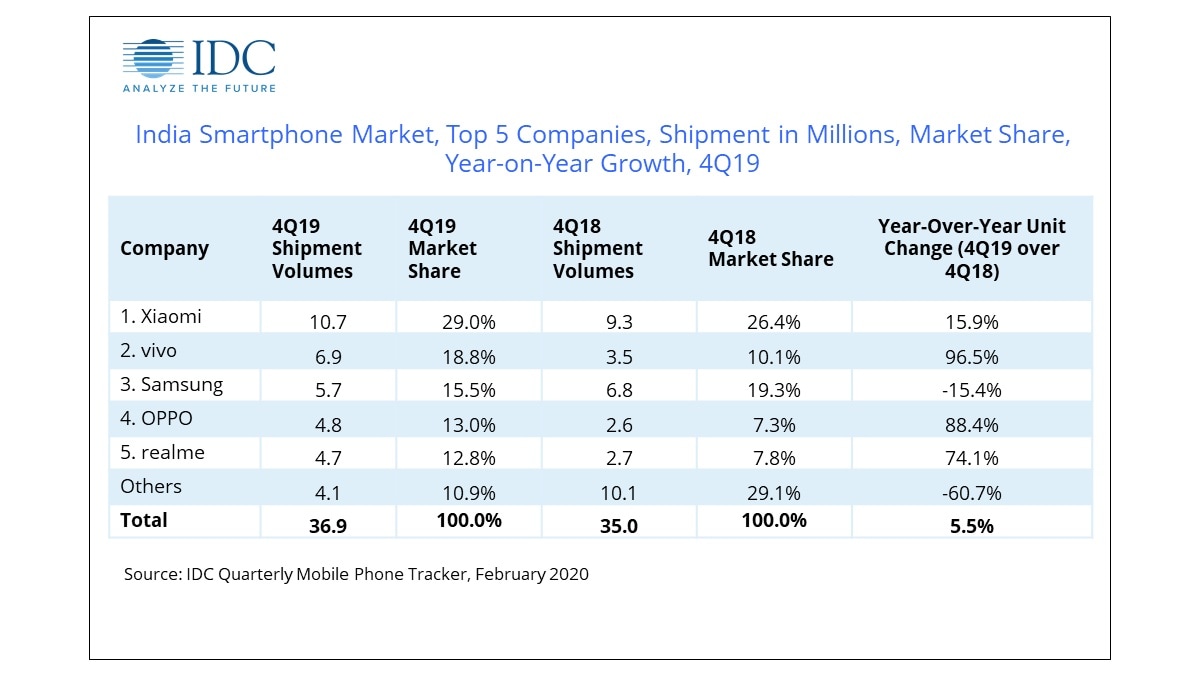