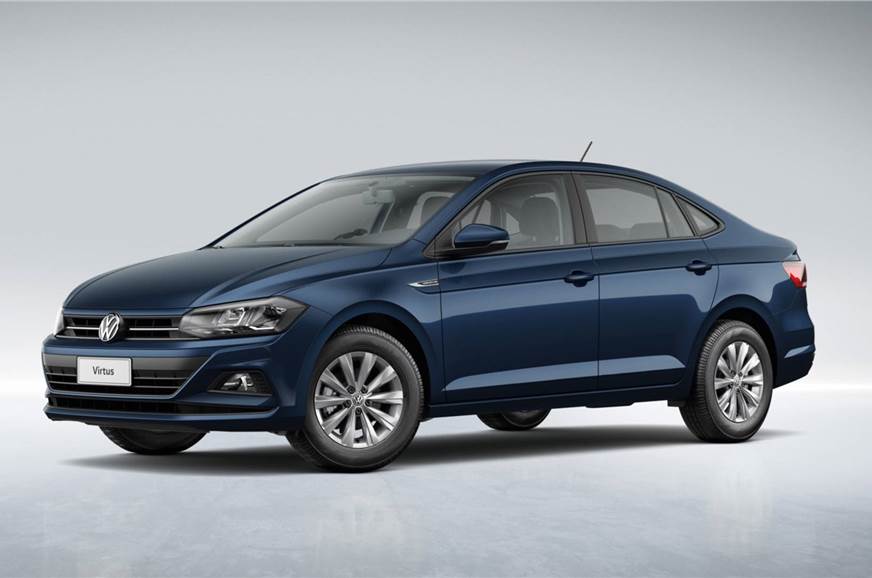 While the Volkswagen Taigun‘s prices are yet to be announced, the company has already started gearing up for its next product launch, the Virtus sedan. We can confirm that this new sedan will see a global debut sometime in February next year and prices will be announced by late April 2022.

The German brand had earlier planned to unveil the sedan at the Auto Expo 2022, that would have taken place in February next year. But since that now stands postponed, Volkswagen India will stick to its plan of unveiling the vehicle sometime in February 2022.

The sedan will go on sale sometime in April next year. Speaking to Autocar India, Ashish Gupta – Volkswagen Passenger Cars India’s Brand Director said, “We will be starting production of the car somewhere around February or March and there will be a market introduction by end of April.”

Volkswagen Virtus sedan for India: what else is known

Based on the VW group’s modular MQB A0 platform, the Virtus is considerably larger than the Vento available in India. It measures in at 4,482mm long, 1,751mm wide and 1,472mm tall, making it 92mm longer, 52mm wider and 5mm taller than the Vento. Additionally, at 2,651mm, its wheelbase is 98mm longer than the Vento’s 2,553mm. The new sedan’s MQB A0 IN platform, is also shared by the Taigun, and hence both models (along with their Skoda twins) have an identical wheelbase.

The Virtus sedan is already on sale overseas. However, India could get the facelifted model that will be revealed soon. Expect the sedan’s feature list to mimic the ones seen on the Taigun SUV. These would include a 10.25-inch VW Play infotainment system, a full-digital instrument cluster, automatic climate control and a few other goodies.

As far as powertrain options go, the Volkswagen Virtus sedan for India is likely to carry forward the current Vento’s 110hp, 1.0-litre TSI turbo-petrol engine. Additionally, a larger 150hp, 250Nm, 1.5-litre, four-cylinder TSI engine will also be offered. Gearbox options for the 1.0 TSI will likely include both a 6-speed manual and 6-speed torque converter automatic transmission. The 1.5 TSI, on the other hand, is expected to come with a sole 7-speed DSG automatic gearbox, similar to the Taigun.

Expect more details on the upcoming Virtus sedan for India to trickle in in the coming months.