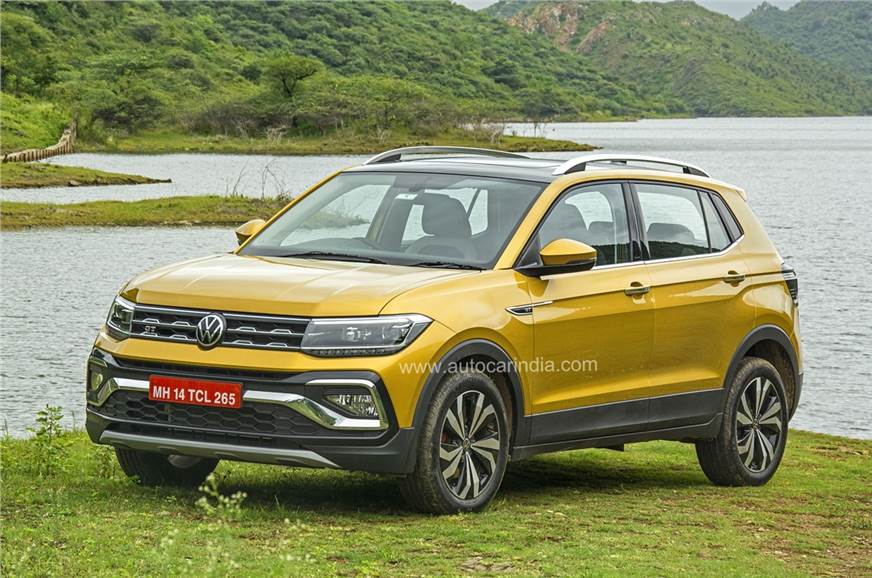 Volkswagen’s much awaited Taigun SUV is set to launch on September 23. Earlier this month, Volkswagen commenced series production of the Taigun in India. Bookings for the mid-size SUV are currently on-going at dealerships or via the company’s website.

The powertrain options on the Volkswagen Taigun are identical to that of the Skoda Kushaq, which means that it will come with two turbo-petrol engine options – a 115hp, 1.0-litre three-cylinder and a 150hp, 1.5-litre, four-cylinder unit. Both engines will come with a 6-speed manual gearbox as standard, with the 1.0 TSI getting a 6-speed torque converter automatic option and the 1.5 TSI getting a 7-speed dual-clutch automatic.

Although based on the same platform as the Kushaq, the Taigun creates its own identity with features true to VW’s family of SUVs. The front fascia is distinguished with its single piece headlights, two slat chrome grille and chrome insert on the lower part of the bumper. At the rear, the tail light cluster runs across the width of the tailgate and there’s even more chrome garnishing on the bumper below.

On the inside, while the switchgear may be identical on both SUVs, the Taigun has a more minimalistic interior theme with the infotainment screen integrated in the dashboard and a different design for the AC vents. The trim elements on the dashboard are also notably different.

In terms of features, top-spec variants of the SUV will get a 10-inch infotainment system with Apple CarPlay, Android Auto and the My Volkswagen connect app, automatic climate control, USB Type-C ports, wireless charging pad, and much more. Where the Taigun will go one up over the Kushaq is with its digital instrument cluster. On the safety front, the Taigun will come with six airbags, ESC (standard across all trims), tyre pressure deflation warning, and ISOFIX child seat mounts, to name a few.

The Volkswagen Taigun will take on other midsize SUVs like the Hyundai Creta, Kia Seltos, Nissan Kicks and its own Skoda cousin, the Kushaq. The Taigun will also have to contend the larger-in-size Tata Harrier and MG Hector in this segment. Prices for the Taigun are expected to range between Rs 10.50- to nearly Rs 18 lakh (ex-showroom).