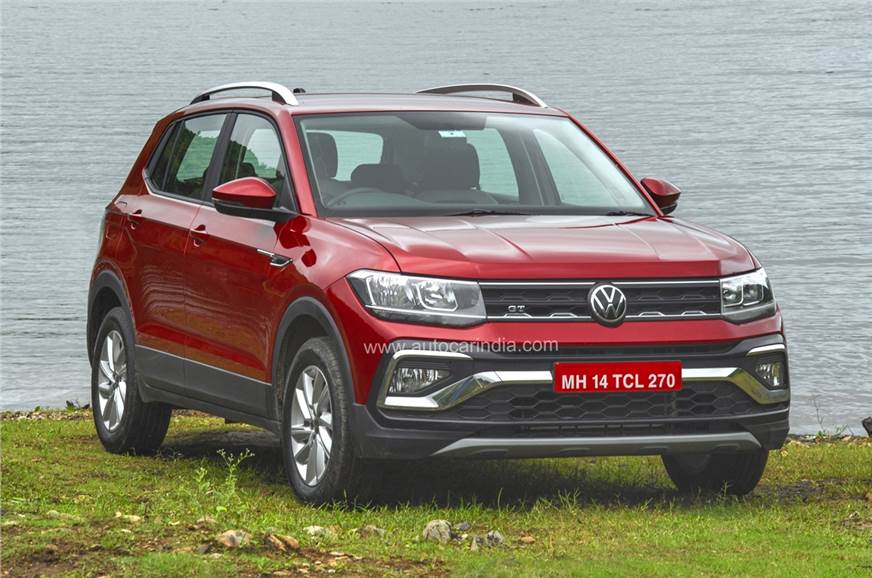 Volkswagen will ride on the popularity of its “GT” line, and its 1.5-litre variants will be launched wearing this badge. Dealers have begun accepting bookings for the Taigun mid-size SUV.

Based on the same MQB A0 IN platform as the Skoda Kushaq, the Volkswagen Taigun will share several components as well as its engine and transmission options with the Skoda, and having a similar set of features, there is bound to be a price overlap across the range. On one hand where its cousin, the Skoda Kushaq made the 1.5-litre petrol manual available only as a fully-loaded top-spec variant and the 1.5 auto in the same top variant (minus side and curtain airbags), Volkswagen is opting for a different approach with the manual and automatic.

A Volkswagen spokesperson indicated that the company aims to make the GT manual “a lot more accessible”. So, the company will offer this variant with fewer features in order to keep its price a lot more aggressive in comparison to the automatic version which will feature all the bells and whistles. He further went on to state that customers looking for an automatic usually don’t mind spending more for the sake of features and convenience.

Volkswagen also recently took to twitter to announce the commencement of pre-bookings for its much-awaited mid-size SUV. However, as it currently stands, this is only open to customers who have signed up for VW’s Taigun Squad program.

The Taigun GT manual will feature kit like ESP (which is standard across the range), active cylinder deactivation, engine start-stop, dual airbags, ABS with EBD, automatic climate control in a touch-operable panel, wireless charging, cruise control, reverse camera, a 10-inch touchscreen with wireless Android and Apple connectivity, as well as pre-loaded apps like Gaana which work using the phone’s internet. It also gets 16-inch alloys, LED DRLS, rear wiper and washer, and GT badges across its exteriors.

The Taigun GT automatic however features a lot more kit like automatic LED headlamps, 17-inch wheels, red brake calipers, push-button start, paddle shifters, sunroof, auto-dimming inside mirrors, side and curtain airbags. While an 8-inch digital instrument cluster and a tyre pressure loss indicator, are the key additions over the manual.

What’s interesting is that cooled seats don’t make it to the GT line at the time of its launch. While there is a high possibility that the GT manual will be available with the GT automatic’s features in the coming months, and cooled seats are most likely to make it to the GT range down the line. A possibility of an edition with blackened chrome bits on its exteriors is also likely in the months to come, however, this GT range will be launched with heavy dollops of chrome to begin with.

Want to know how the Volkswagen Taigun GT drives? Here’s our review.