The Volkswagen T-Roc is the automaker’s first compact SUV for India and will be brought as a CBU. Here’s what we think will be the pricing on the new offering. 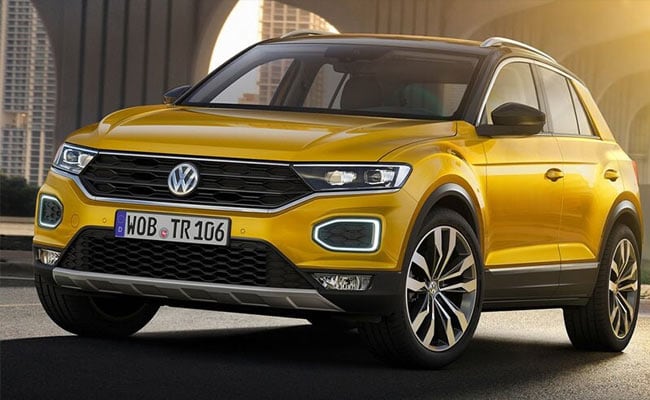 Volkswagen India is all set to introduce the T-Roc compact SUV in India, just weeks after the model was showcased at the 2020 Auto Expo. The Volkswagen T-Roc is part of the brand’s new product offensive and its second launch this month after the Tiguan AllSpace. The new offering comes to India as a Completely Built Unit (CBU) and will be sold in a single, fully-loaded variant in limited units. The new compact SUV is being targeted at a young customer base and the VW India has already garnered over 300 bookings for the T-Roc, ahead of its launch. Its pricing then remains under wraps.

Also Read: Volkswagen T-Roc: What We Know So Far

The Volkswagen T-Roc will go against the petrol variants of the Jeep Compass, Tata Harrier, MG Hector, Kia Seltos and more. We expect prices to be in the vicinity of ₹ 19-20 lakh (ex-showroom), which does put it at the premium end of the segment. That being said, the T-Roc for India will be a loaded model and promises to bring some driving fun in the guise of an SUV body style.

The Volkswagen T-Roc will be sold only with the 1.5-litre TSI EVO petrol engine tuned to produce 147 bhp and 240 Nm of peak torque. The motor is paired with the 7-speed DSG automatic transmission. The SUV can sprint from 0-100 kmph in 8.4 seconds and has a top speed of 205 kmph. Built on the MQB platform, the model promises impressive driving dynamics, while also being efficient with cylinder deactivation technology also being on offer.

The feature list will be exhaustive as well with LED daytime running lights, projector lens headlamps, a panoramic sunroof, dual-tone alloy wheels, leather upholstery, auto climate control, touchscreen infotainment system, Virtual Cockpit and so much more. Visually, the T-Roc carries a very familiar yet sporty design language amidst compact proportions. The car measures 4229 mm in length and has a wheelbase of 2595 mm, which maximises interior space.

There will be a host of safety systems in place including six airbags, ABS, ESC, Tyre Pressure Monitoring System (TPMS) and more. Volkswagen India plans to offer the T-Roc in six colour options – Curcuma Yellow, Pure White, Ravenna Blue, Energetic Orange, and Indium Grey. Five of the colours will get the dual-tone treatment with a blacked-out roof, while the Deep Black Pearl shade will be a single body-coloured option. Also, expect to see a number of personalisation options that will be available for customers.