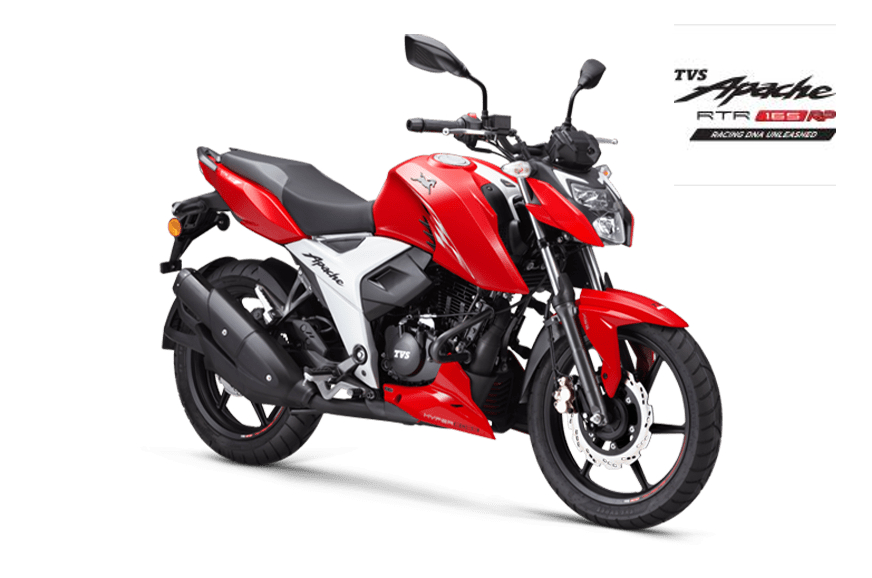 TVS has filed trademarks for Apache RTR 165 RP, and TVS Race Performance, hinting at the birth of a new Race Performance sub-brand, with the upcoming Apache being the first bike in it.

Having just updated its flagship motorcycle, the Apache RR 310, TVS now seems to be hard at work on the smaller Apaches. Just last month, it filed a trademark for the name Apache RTR 165 RP, hinting that a souped-up version of its Apache RTR 160 4V could be in the works.

The RP is expected to stand for Race Performance, for which TVS has also filed a trademark at the same time last month. The bump-up in displacement and the RP moniker leads us to believe that performance is a high priority on this upcoming Apache, and it’s quite likely that engine internals will be reworked to achieve this. The competition is sure to shudder at this thought, because the RTR 160 4V is already the most powerful motorcycle in its segment, by quite a distance. We only hope that TVS doesn’t sacrifice its excellent refinement in the quest for more power.

Considering the class-leading features that TVS has been rolling out on all its models recently, it’s also not too far-fetched to expect an adjustable front fork on the RTR 165 RP. Riding modes are also a distinct possibility – after all, TVS offers them even on its 125cc scooter, the Ntorq Race XP.

Yes, TVS has filed a trademark for this name for a new Apache, but then it also trademarked the Fiero 125 nametag way back in November last year, and we’re yet to see it adorn a motorcycle. So, the Apache RTR 165 RP may not be quite as close as you think. Or maybe the bike is close to complete, and TVS has trademarked the Race Performance name in preparation to launch the sub-brand. Time will tell. If it does arrive, the RTR 165 RP is likely to be around Rs 5,000-10,000 more expensive than the RTR 160 4V, depending on the magnitude of the changes.