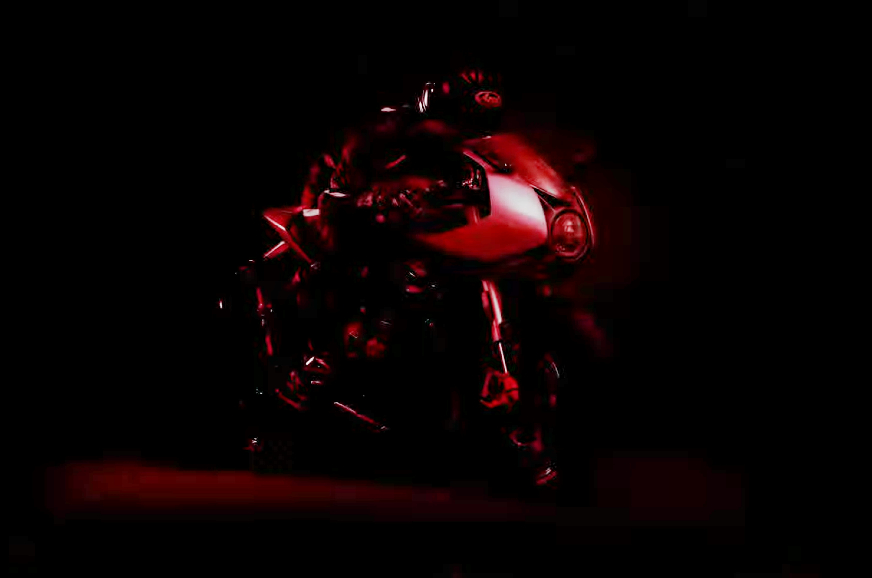 Triumph has teased the Speed Triple RR once again before its full reveal on September 14.

Triumph has teased its upcoming semi-faired Speed Triple 1200 RR once again. While the teaser still does not reveal the motorcycle fully, it gives us a better glimpse of what the upcoming bike will look like. What has become quite clear is that it will not be a fully-faired supersport, and instead be a semi-faired sportbike.

The previous teaser revealed that the clip-on handlebars aren’t positioned in an aggressive manner. The latest teaser, meanwhile, gives us a better view of the sharp fairing that encompasses the round headlight. The shape of the headlight does suggest that the upcoming motorcycle could sport more retro design touches as well.

The platform underneath is likely to use the same, newly developed chassis and a 180hp, 1,160cc three-cylinder engine. The naked bike already has top-of-the-line Brembo brakes and Ohlins suspension, the adjustment for which is manual. Perhaps Triumph will introduce electronically-adjustable suspension on the faired bike, considering that it is likely to be positioned above its sibling, but that’s unknown at this point.

The bike is expected to be fully revealed on September 14, but will likely make its way to the Indian market sometime next year.