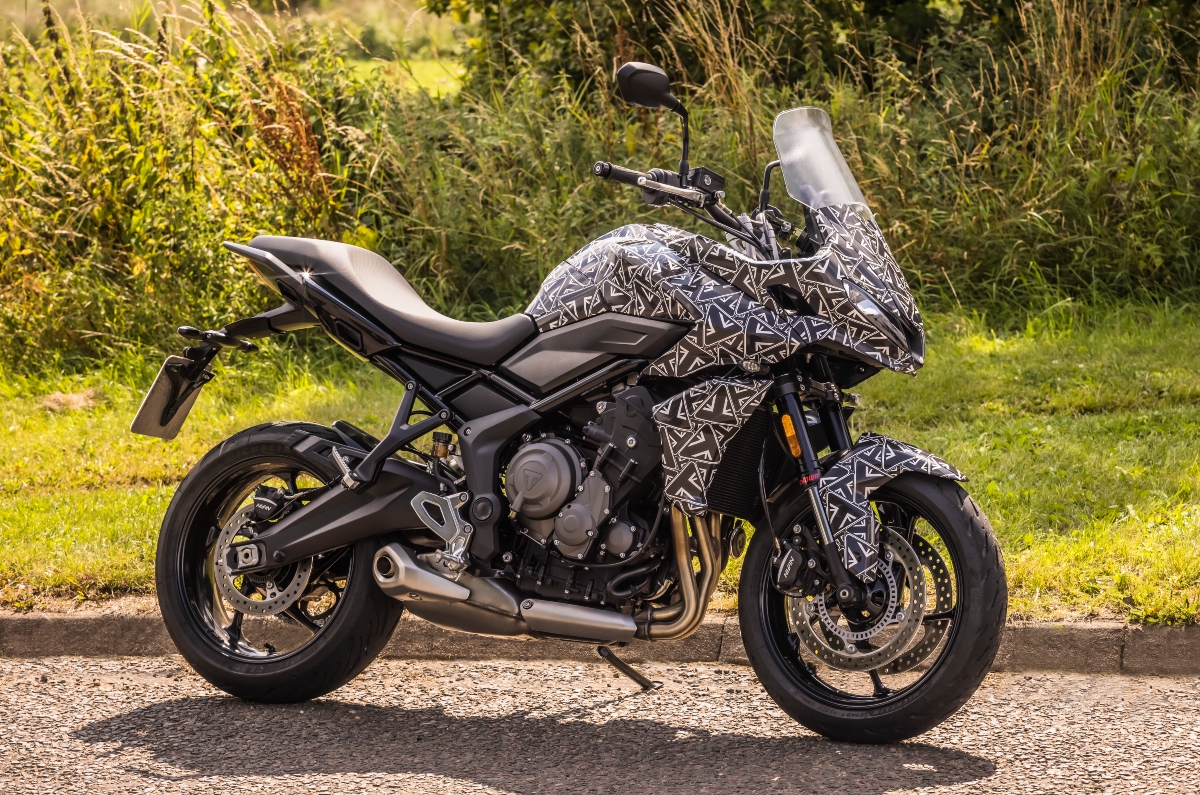 
Late last year, a leaked image from a dealer presentation revealed that the new Triumph Trident 660 would have two siblings – an adventure bike and an adventure-sports tourer. Triumph has now revealed camouflaged images of the latter.

Triumph has released a number of images of the upcoming Tiger Sport 660 wearing camouflage. Despite this, there are plenty of details to be discerned. What’s most obvious is that the bike gets a big fuel tank, substantial radiator shrouds, a sizeable windscreen and sleek twin LED headlamps.

The bike also gets a bigger single piece seat and what looks like a tall and wide handlebar. The seating ergonomics are likely to be upright with a hint of sportiness.

Visually, the Tiger Sport 660 appears to have the same 660cc three-cylinder engine from the Triumph Trident 660. This engine produces 81hp and has a smooth, linear power delivery that will be a nice fit in a motorcycle like the Tiger Sport 660.

Like the Trident 660, the Tiger Sport will get a six-speed transmission and a bi-directional quick shifter will be available, but whether this will be an accessory or a standard item remains to be seen.

The wheels remain 17-inches at both ends and are wrapped in the same Michelin Road 5 rubber, hinting at this motorcycle’s preference for tarmac. The tubular steel frame appears to be the same, but the bike may get a new rear subframe and the swingarm also appears to be different to the Trident’s.

Triumph has never sold any motorcycles from the old road-focused Tiger Sport range in India so far, but that’s likely to change with this machine. Given how production-ready the bike looks in these images, we expect the international unveil to happen in a matter of weeks.

Going by tradition, expect an India launch to happen sometime in the first months of 2022, with prices likely to be between Rs 7.5-8.3 lakh, ex-showroom. At this price, the Tiger Sport’s closest rivals will be the more affordable, but ageing Kawasaki Versys 650 and the more expensive Suzuki V-Strom 650.