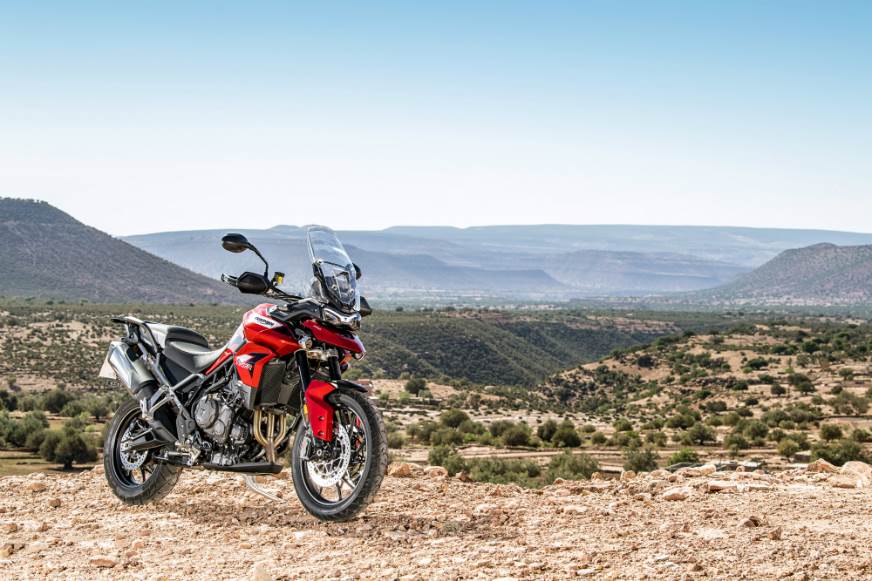 Triumph motorcycles just launched its updated Street Triple RS in India and we can now confirm that the company is planning another huge launch within a month’s time. The Tiger 900 is a brand-new motorcycle that replaces the extremely popular Tiger 800 worldwide.

Triumph will bring the Tiger 900 into India via the CKD route and the company hopes that it will be able to launch the bike next month. This is a slight delay over the original launch plan of April, due to the global pandemic. Things are still slightly uncertain at the moment, and Triumph is now targeting a May launch, barring any further delays.

Triumph aims to bring a total of three variants of the new Tiger 900 to India, including the two top-spec models in both, the off-road biased Rally line and the road-focused GT line. The top-spec Rally Pro is likely to launch first, followed by the GT Pro and eventually, the Rally. This order too will depend on which of the CKD kits reach our market first. With the Tiger 800, the company found that demand for the base XR model was quite limited, so there are no plans to bring in the base Tiger 900 model as of now. However, the company says that if demand does eventually rise, the entry-level Tiger 900 will also be launched.

The Triumph Tiger 900 is a completely new motorcycle, featuring a new design, chassis, suspension and motor. We’ve already ridden it in Morocco, and you can read our ride experience here. One of its key highlights is the new 888cc, inline-triple with its 1-3-2 firing order and off-set crank that produces a distinct sound, along with a twin-cylinder-like character in the lower rev range. The engine is 2.5kg lighter than the Tiger 800’s engine and produces 93.9hp at 8,750rpm and 87Nm of torque at 7,250rpm.

The GT Pro uses adjustable Marzocchi suspension at both ends, with the rear monoshock featuring electronic damping and preload adjustment. The Rally Pro, on the other hand, features fully-adjustable suspension (by Showa) with longer travel at both ends. It also gets tubeless wire-spoke rims that were missing on the Tiger 800 XC line. The brakes too have been upgraded to larger, 320mm discs and new Brembo Stylema calipers.

The GT Pro and Rally Pro now get IMU-assisted electronics, cornering ABS, traction control and riding modes. These include Rain, Road, Sport, Off-road and Rider (which is customisable). The Rally Pro has an additional Rally Pro mode that turns off ABS and traction control, enabling the rider to slide the bike. The Triumph Tiger 900 GT Pro and Rally Pro also get a new 7.0-inch TFT instrument panel with Bluetooth connectivity and turn-by-turn navigation. In addition, heated seats (rider + pillion) and heated grips are also available as standard.

The new Tiger looks fresh and purposeful thanks to the new face, narrow fuel tank and exposed subframe. The latter is a bolt-on unit that is not only lighter, but also easier to replace in the event of a severe crash.

While Triumph has managed to price the new Street Triple RS on par with the outgoing model, the new Tiger 900 will likely cost a little more than the model it replaces.