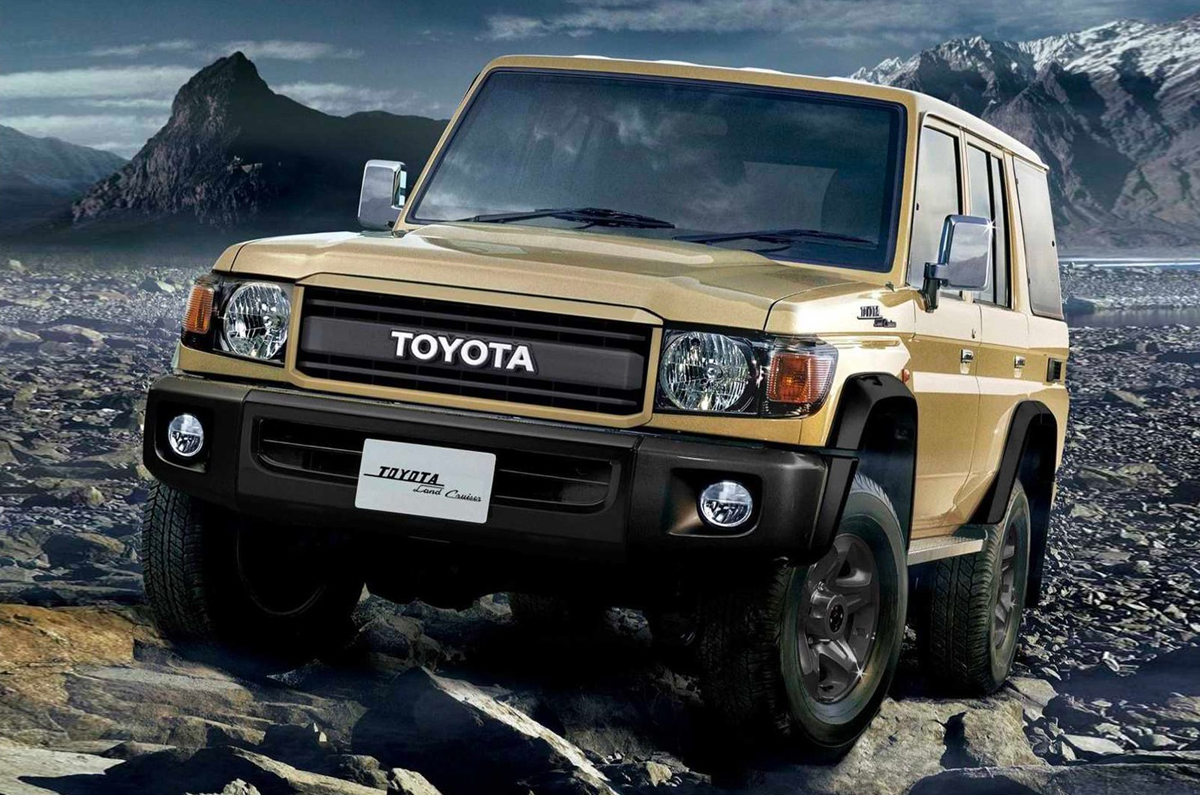 While Toyota is making headlines with the brand-new Land Cruiser 300, the Japanese carmaker is also celebrating 70 years of this iconic off-roader. To mark its 70th Anniversary, Toyota has been releasing special editions of its Land Cruiser line-up. This time around, the automaker has released a rugged retro-styled Land Cruiser 70 Series.

Land Cruiser 70 Series Anniversary Edition: what is it?

The Anniversary edition model is based on the Land Cruiser 70 Series, which was first launched in 1984 and is still on sale in some markets like Australia and the Middle East. The SUV still carries its retro-styled design that debuted in 1984.

The Toyota Land Cruiser 70th Anniversary edition is based on the flagship GXL grade. It will be available in three color options – French Vanilla, Merlot Red, and Sany Taupe – and in both the 76 Series’ Wagon design and 79 Series’ single-cab and double-cab pickup body styles. Toyota will build just 600 examples of the 70th Anniversary Land Cruiser – 320 double cabs, 200 single cabs and 80 wagons.

Compared to the standard 70 Series Land Cruiser, the Anniversary edition gets a redesigned front grille that has been blacked-out and features the ‘Toyota’ lettering in place of the traditional logo. The front bumper and the cladding over the wheel arches have also been blacked out. The dark treatment is also carried over to the 16-inch alloy wheels and headlamp bezels, while the DLRs and fog lights have been upgraded to LED units. Lastly, there are the “Heritage” and “70th Anniversary emblems” to distinguish it as a very special Land Cruiser

On the inside, the 70th Anniversary model distinguishes itself with premium black upholstery for the seats. It also gets a Hilux-derived leather-wrapped steering wheel and leather-wrapped gear shift lever. The dashboard is garnished with a faux wood trim along that has black and silver accents. Toyota has also added a few nifty features such as two additional type-A USB charging ports, two cup holders on the centre console and all four power windows.  In terms of safety, some variants come with five airbags.

Under the hood, the Land Cruiser 70 Anniversary Edition is powered by the 202hp, 430Nm, 4.5-litere, turbocharged V8 diesel engine. This engine has been powering the 70 Series models since the update in 2016 and comes mated to a 5-speed manual gearbox, sending power to all four wheels.

The Land Cruiser is obviously a proper body-on-frame SUV and all variants get four-wheel drive gear including a low-range transfer case, front and rear locking differentials, a 3,500kg towing capacity, a snorkel and a 130-litre fuel tank as standard fitment.

Upcoming Toyota cars and SUVs in India: 2021 and beyond