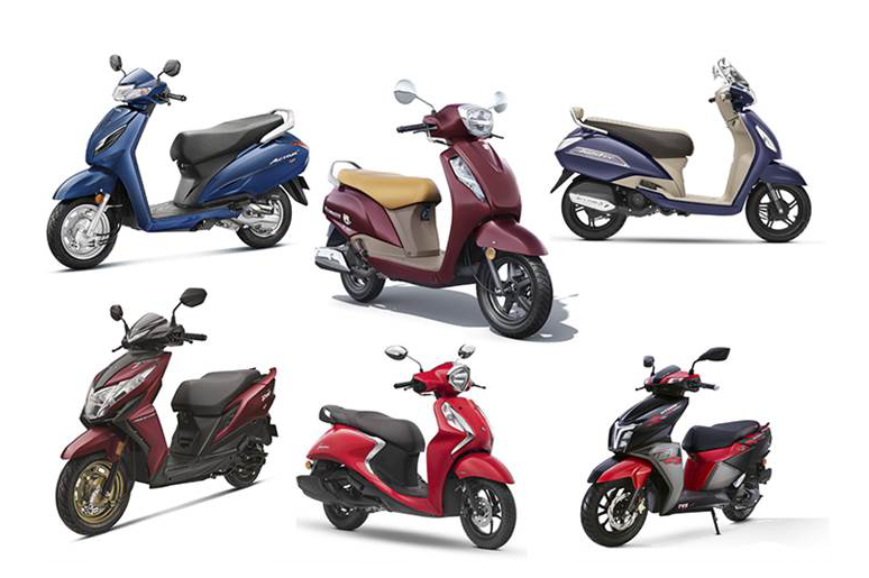 At 2,22,961 units, the Activa remains unsurpassable at the top of the Top 10 bestsellers list and will remain so in the foreseeable future. The yawning gap to No. 2 is simply too much to be filled in a hurry.

Suzuki Motorcycle India, which has a scooter doing all the good work for it, is riding high on the success of the Access 125. Amid all the red ink that lies splattered across the domestic market sales numbers of the Indian two-wheeler industry due to a multiplicity of growth-impacting issues, there is one company which is firmly bucking the slowdown: Suzuki Motorcycle India. And it has the Access 125 to thank because this bestselling 125cc model has single-handedly given Suzuki a new charge in the market.

TVS Jupiter is No. 3 but down 35 percent YoY

On November 27, 2019, a day after it rolled out its first BS6-compliant two-wheeler, the Apache RTR, TVS expanded its BS6 product range to its Jupiter, which is now equipped with ET-Fi (Ecothrust Fuel injection) technology. The BS6 TVS Jupiter Classic ET-Fi is priced at Rs 67,911 (ex-showroom, Delhi).

Launched in 2013, the Jupiter remains the bestselling TVS scooter and crossed the million-unit sales mark 30 months after launch. It has a customer base of over 3 million customers.  The TVS Jupiter is available in four variants – Base, ZX (Disc and Drum), Classic, and Grande.

At No. 5 and No. 6 are the Yamaha Fascino and TVS NTorq, respectively, both of whom have bettered their year-ago sales numbers last month.

Prices for the Fascino 125 begin at Rs 66,430 for the standard, drum brake version, and go up to Rs 68,930 for the top-spec, disc-brake-equipped Deluxe version. The prices are extremely competitive, and the top model is Rs 5,560 less than the top-spec Activa 125. That said, the Activa 125 does offer a much longer feature list and is backed by a larger service network.

Given the ongoing 21-day, all-India lockdown, sales numbers will be quite muted in March and in April. From the looks of it, the first sparks of revival can only be expected around the festive season.