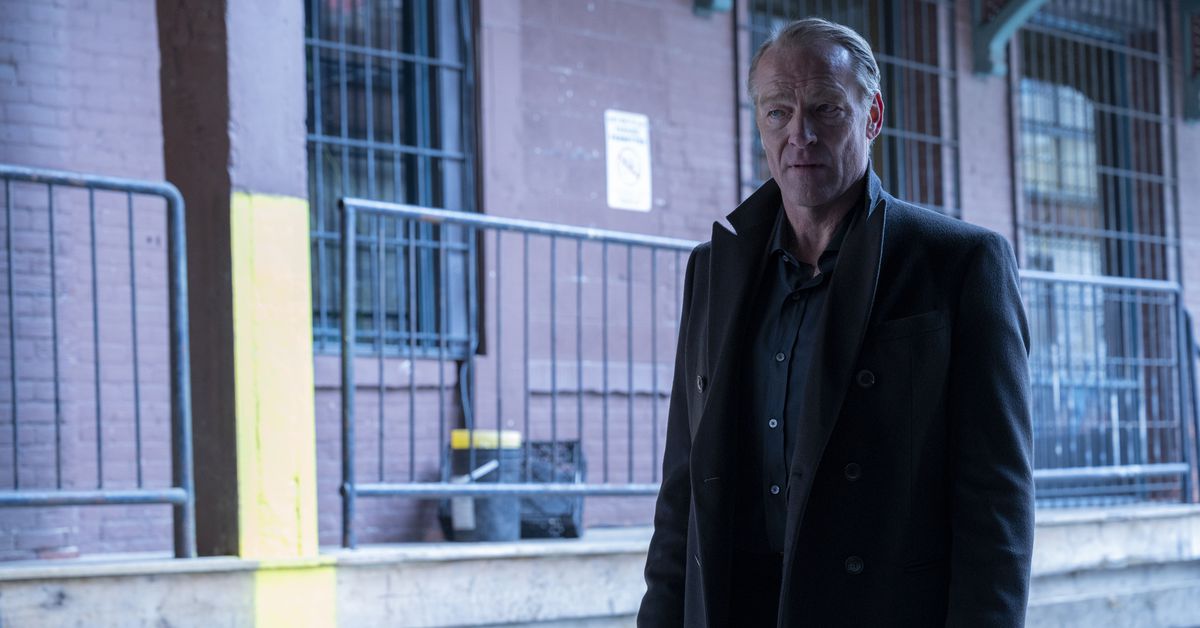 
One of the more frustrating aspects of Titans, the HBO Max drama based on DC Comics’ Teen Titans, is its slow transformation into a Batman story in everything but name. Its third season is even set in Gotham City, via adapted renditions of the Batman stories A Death in the Family and Under the Hood, in which Jason Todd, the second Robin, dies, and is resurrected much later as the violent vigilante Red Hood. Titans’ pivot toward the Batman canon isn’t all bad, though. While it’s frustrating that Titans has worked so hard to squeeze a Batman-less Batman story into its Teen Titans narrative, it hasn’t elected to tell that story without Bruce Wayne. And Titans has the most enjoyably weird take on Bruce Wayne we might ever get in live action.

In Titans, Bruce Wayne is played by Iain Glen, best known for his portrayal of Jorah Mormont in HBO’s Game of Thrones. Glen is one of the oldest men to take on the Bruce Wayne role, which is usually taken by men in their early to mid-30s. (Robert Pattinson, the newest Batman, is 35. Glen is 60.) Like Ben Affleck’s version of the character, Glen’s Bruce Wayne is a grizzled man, heavy with the toll his war on crime has taken on his mind and body. Unlike Affleck, however, Glen’s Bruce isn’t a barrel-chested bruiser burning with anger. This Bruce is lean, twitchy, and a little bit off. It’s a performance that invites viewers to wonder what his Batman must be like: Does he come across just as strangely as his Bruce? Or is he choosing to play a Bruce who’s very different from the man he is in a Batsuit?

And Titans does have a Batsuit, which mostly appears in a nightmare alternate reality where Dick Grayson is tormented with a vision of a Batman turned murderous. In these scenes, which all take place in the first season, before Glen was cast, Batman is played by stuntmen Alain Moussi and Max Sevaria in quick, brutal fight scenes that only offer fleeting glimpses of the hero, with none of his face exposed. By the time Glen joins the show in season 2, the show is done with Batman (for now), and only concerned with Bruce.

This Bruce is still fighting crime, but since Titans is in large part the story of his adopted sons Dick Grayson and Jason Todd, he only appears on this show out of costume, as a dysfunctional father figure. Sometimes he’s an illusion conjured up by their subconsciouses when they’re plagued with self-doubt. At other times, the erstwhile mentor is actually present, in scenes where he encourages his former wards. But in every appearance, he’s tinged with an air of failure, the idea being that if he’d done a better job, Dick wouldn’t have skipped town, and Jason wouldn’t be so maladjusted. This Bruce sucks, in a way that is immediately felt by the characters who are actively working through or witnessing the repercussions of a life under his tutelage.

Glen plays Bruce with the edgy sobriety of a former addict — at least in scenes where the character is meant to be real and present. Other scenes call for an illusion of Bruce, and in those, Glen is unpredictable: sometimes mean, sometimes wry, and sometimes downright goofy. He’s Bruce Wayne as he’s received by the young men he broke down in his heavy-handed efforts to build them up — not the stoic legend of comics and cinema, but a broken man who can’t help but rub everyone the wrong way.

It’s a daring choice, both for Titans’ writers, and in Glen’s performance. Most takes on an older Bruce Wayne — from Batman Beyond to Batman v. Superman — aren’t afraid to show that Batman has gone astray. But creators normally want to stress that Batman is still cool, even if Bruce Wayne has lost sight of a few things. The Bruce of Titans isn’t particularly cool. He barely seems to have any good ideas, and if Titans is set on an Earth where he works with the Justice League, they’d probably all think he was a deluded zealot. But while Batman is superfluous to Titans, Bruce is proving to be essential. Bruce Wayne built a found family that was miserable. So with that poor example in arm’s reach, can two former Robins build one that succeeds? The series seems to be focusing on watching them try.