Akshay Kumar, Paresh Rawal and Suniel Shetty starrer Hera Pheri completed 20 years of the release today. The film which is the remake of the Malayalam film Ramji Rao Speaking is still enjoyed by people of all age groups. 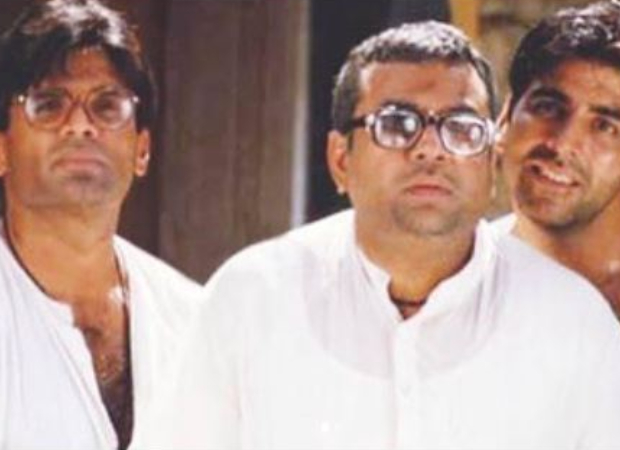 In an interview with a web portal, Suniel Shetty was asked if the idea of the reboot of Hera Pheri excites him. Responding to it he said that it does excite him. He further said that their characters Babu Bhai, Shyam and Raju can have a problem anytime of their life whatever their age may be. He said that today we understand cinema better and are probably better actors and friends today. He said that they have a lot of respect for each other and so he thinks that it will work like magic.

The film directed by Priyadarshan became a cult classic. There have been reports of the third part of the film, however, there has been no confirmation of the same.