Arunkumar, a Kerala-based man has designed a fully-functional miniature of Jeep Willys for a 10-year old boy. This miniature toy takes its inspiration from the Jeep used in the Mohanlal starrer – Lucifer. 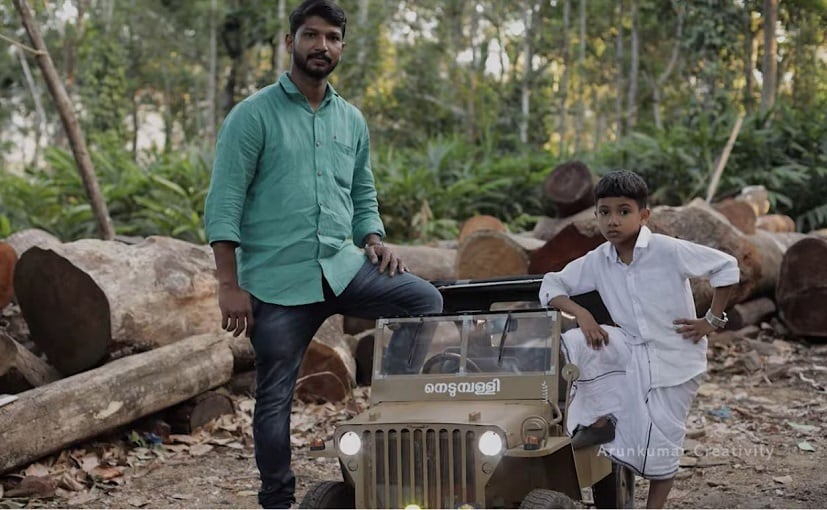 A fully-functional miniature of the Jeep Willys was built in Kerala by Arunkumar for a 10-year old boy. The boy, a native of Anchal town in the district of Kollam, Kerala, was gifted this miniature Willys which takes inspiration from the SUV used in the Mohanlal starrer – Lucifer. The video uploaded on a social platform not only highlights the main features of the toy but also underlines the efforts and dedication that has put in, to complete the entire project. 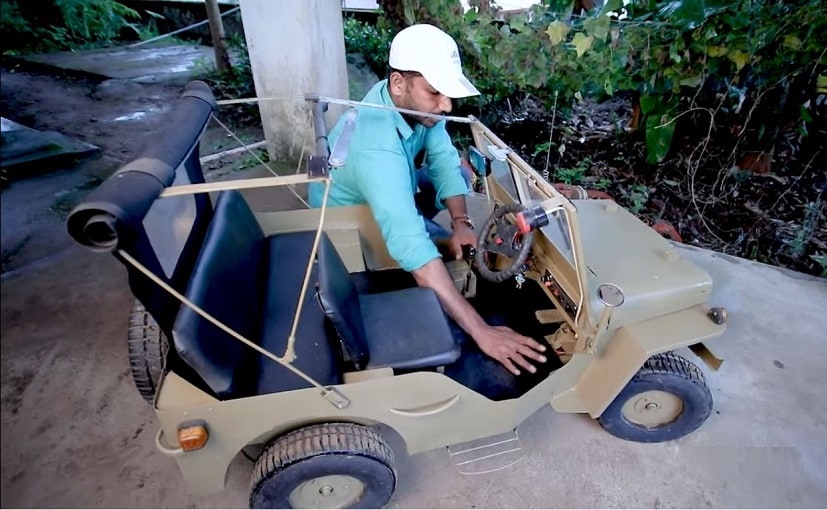 Explaining more about this toy project in the video, Arunkumar mentions that it took him approximately seven to eight months to complete the entire project by dedicating his efforts to put it together during his spare time. The overall weight of this functional toy is approximately 75 kgs, and it can pull things twice its weight. To make the miniature operational, he developed the chassis himself by welding GA rectangular pipes. 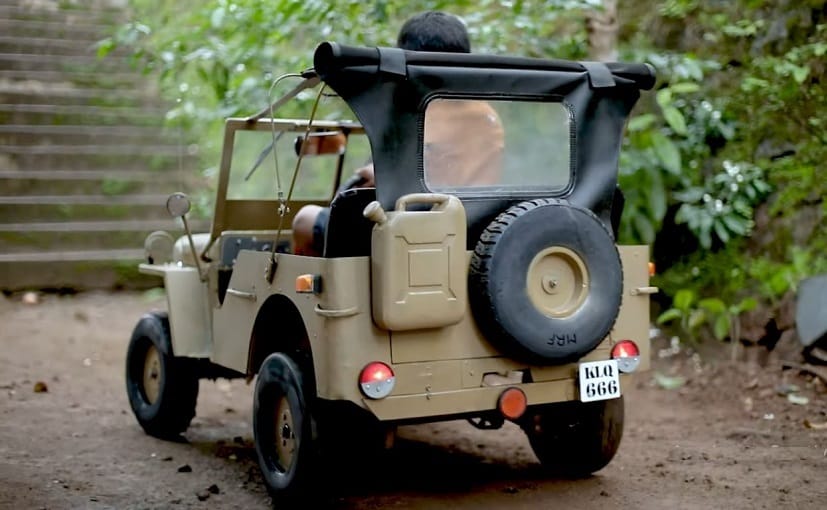 He also used an analogue console unit of a Royal Enfield motorcycle for this project. For its leaf spring suspension mechanism, he employed metal plates from an original jeep connected to the rear axle via a chain sprocket system. The toy is fitted with a rack and pinion steering system, as steering systems of that small a size are not produced and hence he designed it himself. Giving the toy an original Jeep Willys look, he has used a fabric roof which can be folded just like in the real SUV. A special toolkit has also been designed for the toy, which is placed under the driving seat. He has used two 24v DC batteries for charging the electric motor, fitted in the miniature car. It gets forward, neutral and a reverse gear. 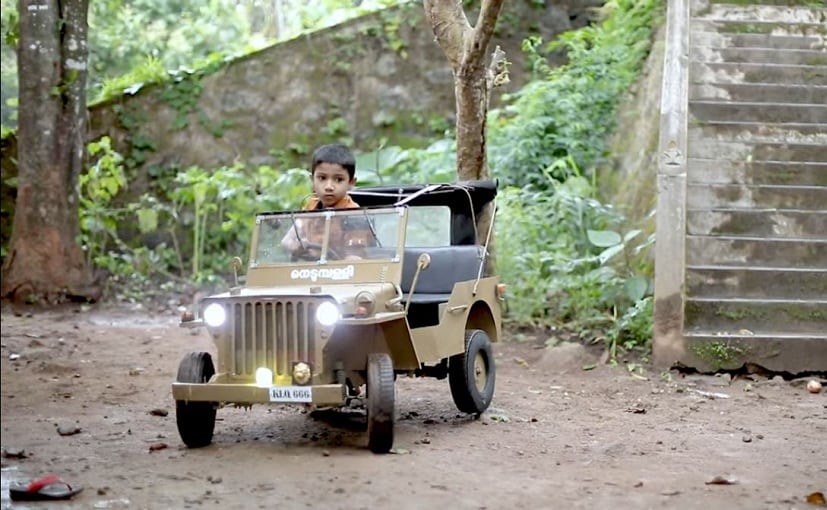