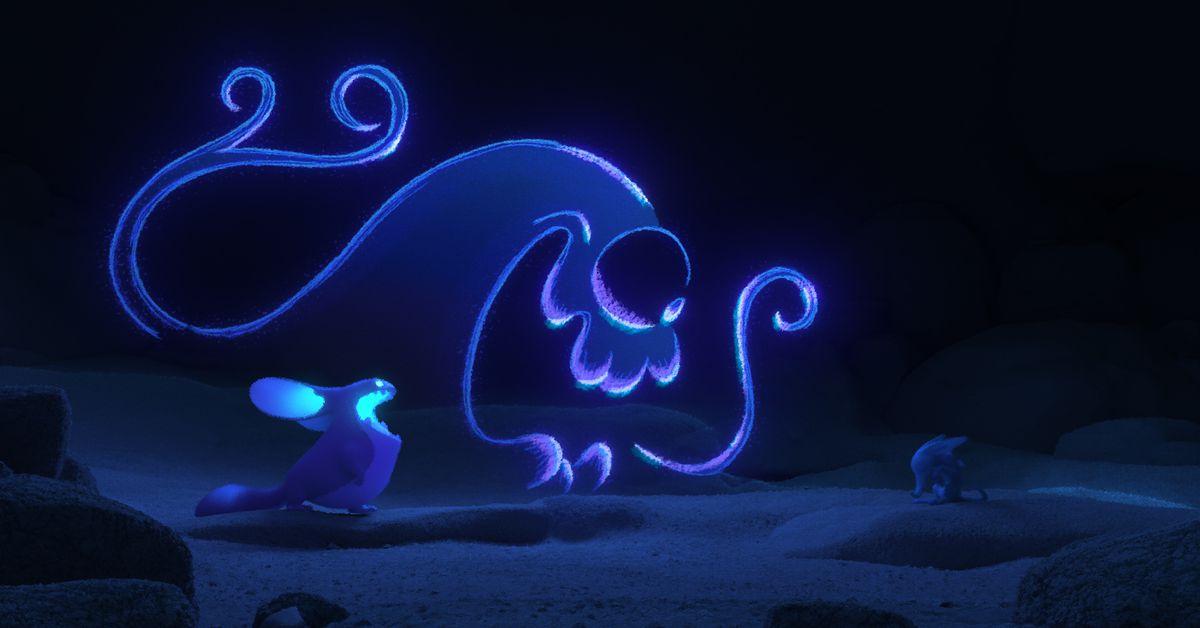 
After decades of struggling to find a home outside of rare traveling anthology shows, animated shorts have found a new home on streaming services like with increasing prominence on Netflix and YouTube. But Disney, which has been creating animated shorts since the 1920s, still dominates the field, with series like Pixar’s SparkShorts and Pixar Popcorn and Disney Animation’s At Home With Olaf and Short Circuit keeping the format alive and growing. With the second season of Short Circuit hitting the platform on August 4, brief, yet memorable animated stories are in the zeitgeist right now.

“There’s a charm and appeal to something that is snack-sized,” says Short Circuit production manager Jennifer Newfield. “It serves us well in our new fast-paced day and age, too. People want to absorb things quickly and not necessarily sit for long periods of time. Also, it allows for freedom,” she adds. “It also allows us to fill spaces in between bigger projects that’s still really productive. It boosts morale for crews — anyone can submit a short, and the whole studio knows that. I think they take comfort in the fact that that exists for them.”

The second season of Short Circuit is just five episodes, each about five minutes long, including director interviews. The shorts range from a poignant reflection on the passage of time to an epic prehistoric fight. Each short has a distinctive look, different from the usualDisney animation style. That experimentation is deliberate, and part of the reason Short Circuit exists.

The program has actually been around Disney Animation for around six years, says Newfield, designed as an in-studio program for Disney employees. It was only with the launch of Disney Plus that the shorts became available to the public. Short-form animation has always been part of Disney, and Short Circuit was created specifically for experimentation throughout the entire process, from trying new ways to pitch to playing with animation styles, and most importantly, giving aspiring filmmakers a chance to step up for the first time and try their hands at directing.

When it comes to figuring out the look of each individual short, Newfield says that while some filmmakers come in with distinct ideas of what style they want, others work the other way around, figuring out their story first, then deciding how best to evoke the specific feelings and themes it requires. She points to Jacob Frey’s short Going Home, one of the shorts in this season, which follows a young man returning to his childhood home over the course of many years, and watching as it evolves.

“His main focus was time-lapse, and creating that real sense of passage of time. We had to find a way to not make it humongous in scope, and to be able to fit it within our resources,” she explains. “So his choice to go with the flat shaded version of animation was driven by his main goal of time-lapse. It created a world in which you didn’t need to focus your eyes on the depth of real, full, photorealistic CG. You could focus more on what the character is feeling in the passage of time.”

Newfield says that the pitching process for Short Circuit has evolved as the studio has. In this most recent iteration of the program, filmmakers now include a visual aid in addition to their pitch outline when they submit it, in order to help the committee envision what the filmmakers want to convey.

“That’s really helped to get inside the heads of the potential filmmakers a little bit more, which we really have appreciated, especially in evaluating scope and complexity, and knowing a little bit more what they’re trying to go for,” she says.

The lessons learned in Short Circuit shorts go on to inform other studio projects. Newfield, who is currently working on the collaborative Afrofuturism feature Iwájú, says that as the program has evolved, so has its methodology, which has trickled into other projects. For instance, the pitching process is a blind selection, which is pertinent when it comes to finding and shaping new voices.

“The committee that evaluates the pitches has no idea who submits them. I think that’s really unique and special to this program,” explains Newfield. “It adds another layer of people really being able to pour their ideas onto paper without feeling like there’s any judgment, or feeling like they themselves have to pitch it. That’s a big leap to take if you’ve never directed before.”

The second season of Short Circuit is available on Disney Plus now.

MechWarrior 5: Mercenaries free update will finally give you more control over friendly AI

How Y: The Last Man drew on Nancy Pelosi and Ivanka Trump