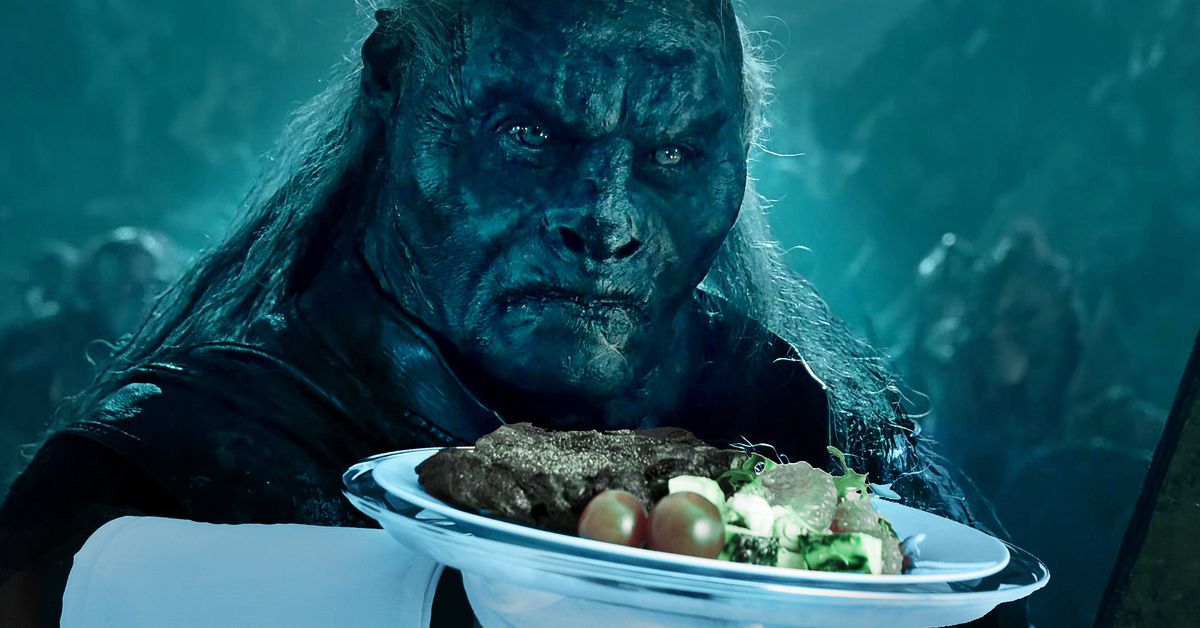 
The promise of fantasy fiction like The Lord of the Rings is that the reader will be shown another world. A world with strange creatures (most of the time), magic (usually), and heroes — a palate cleanser, if not simply an escape, from everyday life.

But with one line, the movie trilogy raises a question that can easily jolt someone back to real life: Does anybody in The Lord of the Rings have a job?

2021 marks The Lord of the Rings movies’ 20th anniversary, and we couldn’t imagine exploring the trilogy in just one story. So each Wednesday throughout the year, we’ll go there and back again, examining how and why the films have endured as modern classics. This is Polygon’s Year of the Ring.

Regardless of whether you’re asking about the books or the movies, Frodo and Bilbo don’t have jobs. They’ve been living off of Bilbo’s family wealth and the haul from one freelance assignment (burglary) he took about 60 years ago. Merry and Pippin likewise. Legolas, Gimli, and Boromir are scions of political families, essentially. Gandalf is basically an angel. Aragorn is a king, sure, but that’s not a job; it’s a responsibility.

Maybe this is just the kind of question that naturally arises when one is coming up on Labor Day, the traditional end of summer in the United States. But it’s question that can lead us to one of the most fundamental challenges of building a fantastical world that still feels familiar.

Because there are definitely people in the Lord of the Rings movies who have jobs. Orcs have jobs.

Tolkien nods to employment in a few places in The Lord of the Rings. Sam is Frodo and Bilbo’s gardener, after all. Some Shirefolk are farmers, and they all pay for services and goods with earned currency, as at the Prancing Pony, which employs multiple people. But there are many places where Philippa Boyens, Peter Jackson, and Fran Walsh expanded on Tolkien’s work in order to translate it to cinema, and occupations are one of them.

In the Jackson film trilogy, orcs have jobs. Because orcs have restaurants. Boyens, Jackson, and Walsh invented Orc Restaurants in a brief scene in The Two Towers, when the orc company carrying Merry and Pippin pauses for rest.

“I’m starving,” an orc complains. “We ain’t had nothing but maggoty bread for three stinking days!”

In a tweaked approximation of an argument in Tolkien’s The Two Towers, the orcs bicker over whether they’re allowed to torture and kill their prisoners, with hunger as the motivation. A large Uruk-hai insists that Merry and Pippin are not for eating. The company grows restless and menacing, but just as a smaller orc seizes the hobbits for “just a mouthful,” the Uruk lops off his head with a single stroke, declaring those infamous words:

The rest of the orc company takes this as a sign to descend on the corpse and consume it raw, intestines wriggling through the air like so much chaff.

Follow the logic: If orcs know what menus are, then they know what paying for food that someone else made is. And maybe that means there are just orc cafeterias, where soldiers can chow down. But it invites the imagining of orc bars, orc barbecues, perhaps even orc bistros.

How Lord of the Rings got a moss-troll

We accept and enjoy that menus are a salient concept for orcs because it’s fun. And because the alternatives are difficult, and can result in a more detached, less relatable setting. But obviously, this can spin out in unexpected leaps of logic. Writer Sarah Monette (The Goblin Emperor) called the quagmire the Moss-Troll Problem in a short essay for the Science Fiction and Fantasy Writers of America in 2010.

You might not have ever read a story with a moss-troll, but you’ve probably heard of a womp rat. Luke Skywalker made them an indelible part of the Star Wars universe when he said, “I used to bullseye womp rats in my T-16 back home. They’re not much bigger than 2 meters.”

And you can find fan-made plushies of an animal never actually seen in an episode of Star Trek, thanks to the line “I can see it in your eyes. You can barely resist the urge to leap up and start jumping around like a Tarkassian razorbeast.”

“The advantage of writing urban fantasy or world-crossing fantasy,” sci-fi/fantasy writer Marissa Lingen wrote on her LiveJournal in 2006, “is that when the sea serpent has eyes the color of NyQuil, you can say so rather than spending time trying to come up with settlement-era Icelandic-ish equivalent having something to do with moss-troll ichor.” Once invented for a single line, moss-troll ichor becomes a brick in the edifice of the author’s fictional universe, one that needs remembering so that it doesn’t become an inconsistency or a contradiction. And, as Lingen said, “You can pretty well guarantee that’s going to come back and bite you in the butt in another book or two.”

Monette expanded on Lingen’s idea in her piece for the SFWA, calling it the “Moss-Troll Problem” after Lingen’s hypothetical example. And to her, it’s a habitual challenge for anyone building a fictional world that is radically different from our own.

“You can’t, for instance, say something is as basic as the missionary position in a world without missionaries,” she wrote. “What about saying something is as swift and sharp as a guillotine’s blade? Well, did Dr. Joseph-Ignace Guillotin exist in this world? You will find moss-trolls again and again whenever you start describing the imaginary people, places and things of your imaginary world.”

Boyens, Jackson, and Walsh’s solution to the Moss-Troll Problem was “Meat’s back on the menu, boys!” The line is objectively great. Actor Nathaniel Lees’ delivery is impeccable, even through the heavy orc makeup. It’s much better than saying, “Meat’s back on the list of our options!” or “Insubordinates get eaten!”

Tolkien would opt for a mundane reference in his work as well. While there are very, very few anacosmisms in The Lord of the Rings, there is one that escaped the editorial pen in its very first chapter.

This is how Tolkien describes the imaginary climax of Gandalf’s fireworks show at Bilbo’s birthday party:

The lights went out. A great smoke went up. It shaped itself like a mountain seen in the distance, and began to glow at the summit. It spouted green and scarlet flames. Out flew a red-golden dragon — not life-size, but terribly life-like: fire came from his jaws, his eyes glared down; there was a roar, and he whizzed three times over the heads of the crowd. They all ducked, and many fell flat on their faces. The dragon passed like an express train, turned a somersault, and burst over Bywater with a deafening explosion.

So you see, if orcs have restaurants, then hobbits have trains.

Do you remember what day it is?