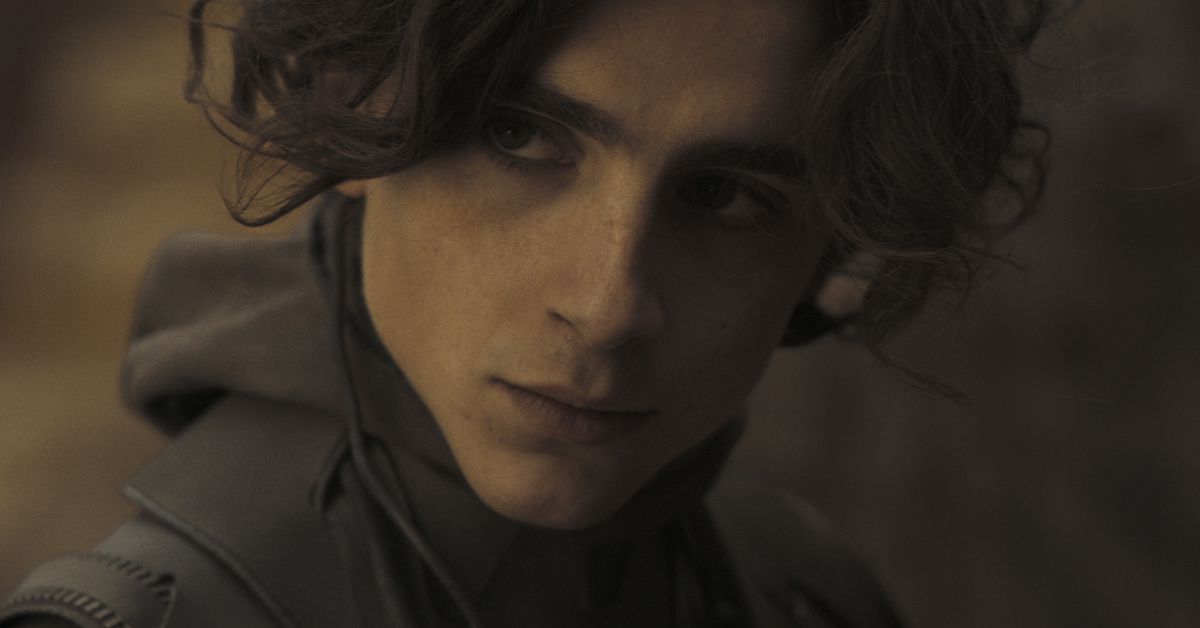 
This initial spoiler-free preview of Dune comes from the film’s world premiere at the 2021 Venice International Film Festival. Dune will open in American theaters on Oct. 22. Stay tuned for a full review closer to the film’s release.

Dune, Denis Villeneuve’s adaptation of the seminal 1965 Frank Herbert novel that was once considered unfilmable, has finally reached the screen after a long and arduous journey. With anticipations sky-high, worries about the film only adapting half a story (the onscreen title is Dune: Part One), and a dense and complex mythology to rival the biggest pop-culture franchises, Dune has the potential to be either a colossal disaster, or just the thing to fill the void left by The Mandalorian and Game of Thrones. We’ve seen the film, and ahead of our official review, here’s a spoiler-free preview of what to expect from Villeneuve’s Dune, whether you’re familiar with Herbert’s mythos, or just looking for the next big space opera.

Dune takes place in the far, far future, at a time when the known galaxy is ruled by a feudal system of great houses, all of which respond to an emperor. The film follows young nobleman Paul Atreides (Timothée Chalamet) as his family become the new stewards of the planet Arrakis, source of the most important substance in the universe — the spice melange, which extends human life, grants enhanced abilities, and fuels faster-than-light travel. But when House Atreides comes under attack, Paul has to wander the unforgiving, dangerous deserts of Arrakis and seek the help of the planet’s native population, the nomadic Fremen.

With 14 books telling an epic story spanning hundreds of characters across millennia, the Dune novel series is a daunting property to engage with. But the initial movie is surprisingly accessible, even to viewers who haven’t read any of Herbert’s work, especially compared to David Lynch’s 1984 movie adapting the same material. Sure, it helps to be familiar with some of the setting details and terminology going in, or to know about the houses and characters ahead of time, so you can remember who is who.

But the script (by Villeneuve, Jon Spaihts, and Eric Roth) does an impressive job of explaining how the world works. There’s one exception: Because the story borrows heavily from Arabic history, culture, and imagery, there are a lot of terms that can be a bit hard to understand without subtitles, especially when pronounced by different non-MENA actors with wildly varying accents.

The first act of the film feels more like the premiere of Game of Thrones than the opening act of Star Wars. Dune doesn’t follow the traditional call for adventure we’ve seen in many heroes’ journeys — instead, it focuses on building its ensemble and establishing the political state of the known universe first. There is a sense that what we’re seeing is just the latest page in a chapter that started centuries ago, in a story that has been going on for millennia. That may sound daunting, but the film is admirably selective about details, filling in just enough to let audiences follow the story, but not so much that they can give a lecture about the inner workings of the Atreides’ ancestral home, Caladan.

With this much lore and history to present, it’s almost a miracle that Dune doesn’t resort to much exposition. It even avoids the “as you know” trope, where characters discuss things they’re already all aware of. Much of the information dumps come in the form of short documentaries Paul Atreides watches to learn about Arrakis before he travels there, as a sort of Wikipedia entry about the planet. When Paul’s mother, Lady Jessica (Reminiscence’s Rebecca Ferguson) tells Paul about the key societal role of her organization, the Bene Gesserit, it’s genuinely new information to him, because of how secretive the Bene Gesserit are. Similarly, much of the information the film explains to the audience is hidden lore the characters are learning alongside the audience, which helps make Dune feel like a lived-in universe, much in the same way the original Star Wars let viewers discover the story alongside Luke Skywalker.

But Villeneuve’s take on Herbert’s material spends just as much time catering to longtime fans wanting to see their favorite scenes or characters brought to life. The French-Canadian director takes the same eye for unique sci-fi visuals that he brought to Blade Runner 2049 and Arrival, and applies it to the sand dunes of Arrakis. He spends a significant amount of time on establishing shots of grand alien vistas and intricate palaces, working to make each new world in Dune look and feel like nothing we’ve seen on screen before.

Just like Hans Zimmer said he was committed to making the film sound alien, Villeneuve makes sure Dune looks the part, too. Spaceships are huge and round in ways that go beyond conventional physics. (A few of the spaceships look more like Apple Store designs than any airplane that could fly in real-world space.) The geometric designs of the cities and costumes make each planet look distinct and recognizable, beyond just being “the ice planet” or “the desert planet.”

Those familiar with the books or Lynch’s adaptation may be intrigued to see that Villeneuve’s Dune places a bigger importance on the people of Arrakis, making them more than just tools and cannon fodder. Lynch’s 1980s version of the film opens with narration by the Bene Gesserit historian Princess Irulan, explaining how important the spice is, and why it’s so coveted. But Villeneuve instead has Fremen warrior Chani (Zendaya) talking about Arrakis’ people, and how they are being subjugated.

Likewise, the film spends a significant amount of time interrogating the idea of a Messiah, not as a title, but in the way the very idea of a chosen one can influence changes in a society. For better or worse, the story’s Arabic influences hint at a very different kind of hero’s journey than Westerners are used to seeing, even if the casting of the film indicates a half-hearted understanding and appreciation of those cultural influences.

The last line of the film is “This is the beginning,” and watching Dune: Part One, with its grandiose visuals and its focus on larger societies and nations rather than on an individual hero, it’s easy to hope that this is one prophecy that comes true. Against all odds, Villeneuve’s film not only lives up to its source material’s reputation, but to the reputation he’s built as one of our best directors within the genre. At last, the spice will flow.