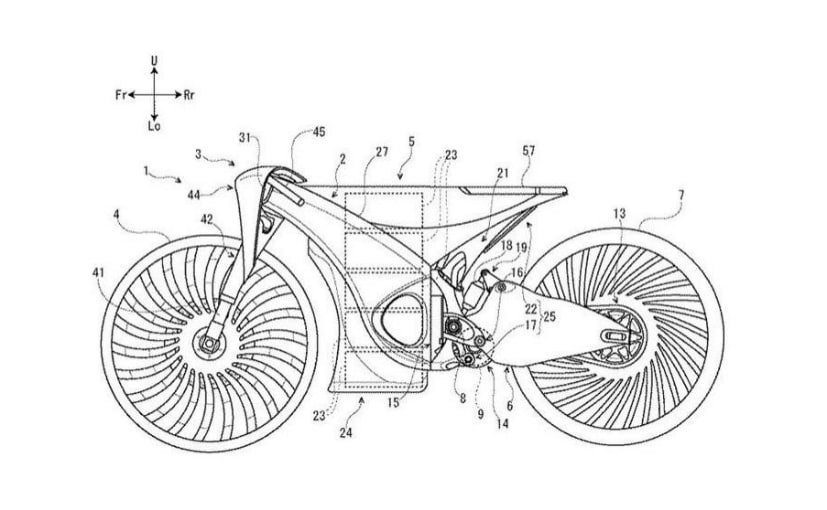 Suzuki’s latest patent filings show a revolutionary new petrol and electric hybrid motorcycle. The hybrid concept uses a modular design which can use both electric and internal combustion power. In fully electric mode, the design shows the bike with a large battery pack located where an internal combustion engine would normally sit. In this mode, the bike is fully electric, drawing its power from batteries, and using an electric motor to propel it forward. An alternative shows a small internal combustion engine in the space, a sort of petrol-electric hybrid, with the petrol engine acting as a generator for the electric motor, and not powering the wheels directly. 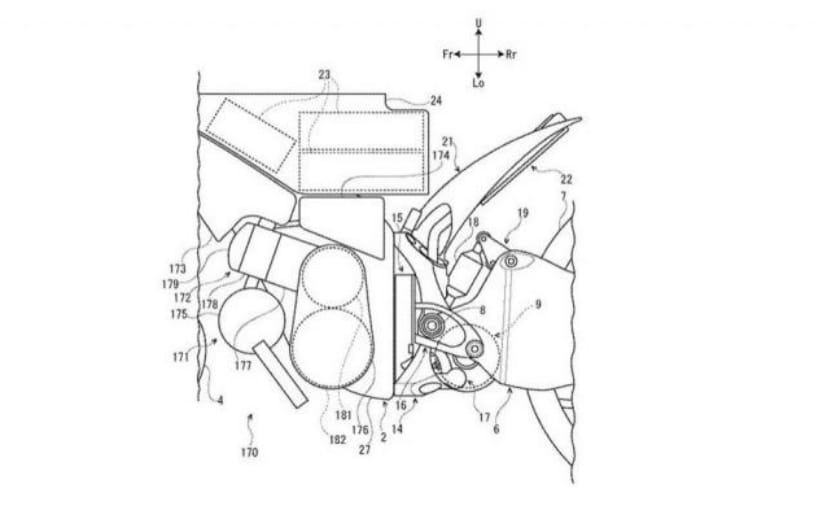 The patent images however don’t show whether the bike’s design can be changed from one mode to the other at home, without major technical changes, or it’s just a demonstration to show both options are possible on the production line. Considering the patent filings do show both options, it does give an indication that Suzuki may be looking at putting both options into production. 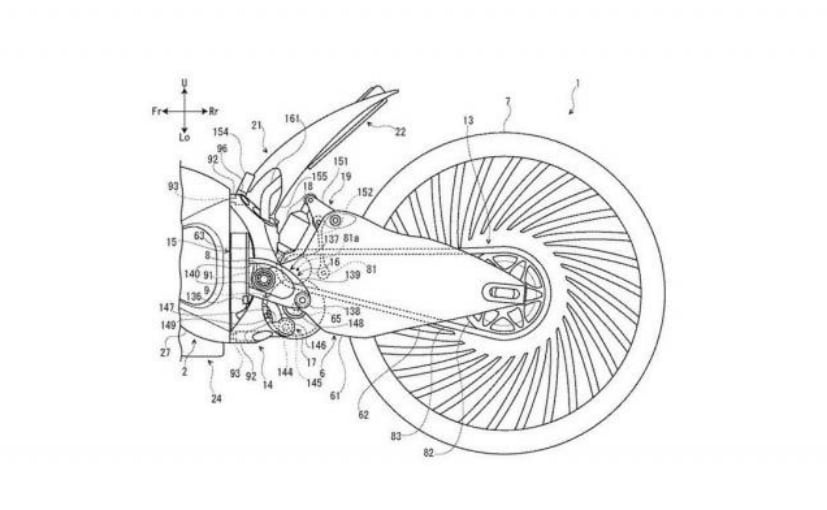 So far, there’s no clear confirmation that Suzuki is in fact working on such a design. But considering the level of detail in the patent drawings, Suzuki may well have already got a working prototype at its nascent stage. The level of detail in one of the patent drawings even show the two halves of the bike’s frame joined together. However, even if Suzuki does have a working prototype, it’s unlikely the technology, or even the bike, shown in the patent images will be shown in reality anytime soon. With most international motorcycle shows cancelled for this year due to the coronavirus pandemic, Suzuki will likely be getting ready for the 2021 show season, to finally reveal something of a concept along the lines shown in the patent filings.