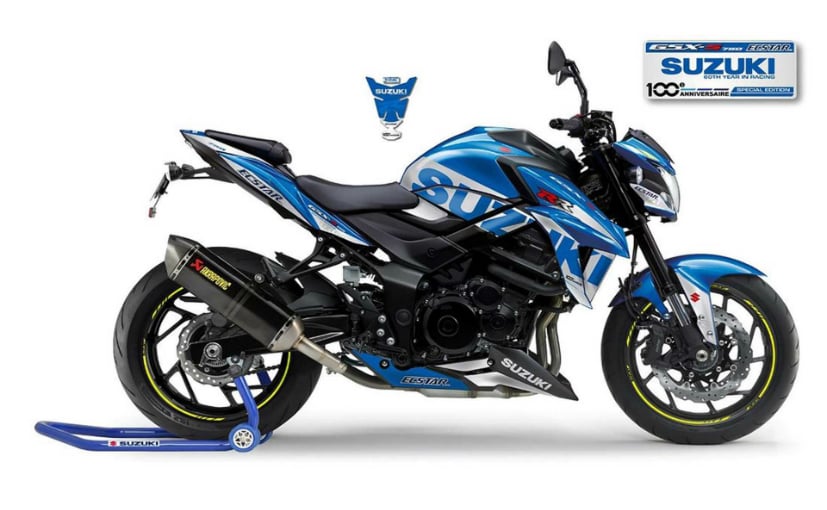 Suzuki is celebrating its 100th birthday, and to celebrate the occasion, the Japanese motorcycle brand’s French importer is launching a Suzuki GSX-S750 MotoGP Replica model, in the colours of the new MotoGP machine from Suzuki. Borrowing the livery and colours that are similar to the 2020 Suzuki MotoGP bike, the Suzuki GSX-S750 gets a brilliant blue base coat with an angled silver stripe and Suzuki lettering across the fuel tank. There’s also liberal doses of Ecstar branding on the belly pan, tail section and headlight housing, as well as the high visibility bright yellow wheel accents. 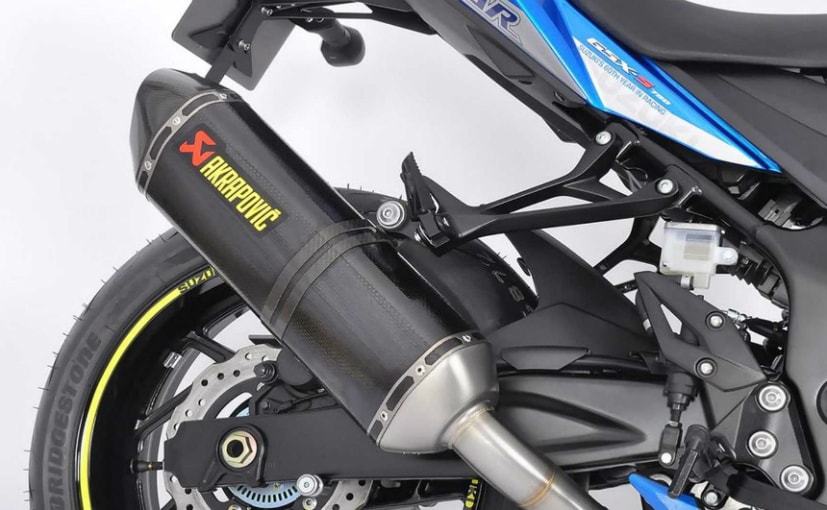 The Suzuki GSX-S750 MotoGP Replica gets an Akrapovic end can

In addition to the MotoGP inspired livery, the GSX-S750 MotoGP Replica also gets an Akrapovic exhaust which gives it the edge over the stock GSX-S750. The slip-in Akrapovic end can is also a homage to the custom Akrapovic system used by the Ecstar team, in a true association with the MotoGP race machine. And honouring Suzuki’s 100-year anniversary and 60 years in racing, the MotoGP Replica Suzuki GSX-S750 also gets a special edition tank pad commemorating the Japanese brand’s motorsport heritage. No other mechanical changes are announced, so the GSX-S750 MotoGP Replica will get the same 749 cc, in-line four-cylinder engine that makes 112.6 bhp of maximum power at 10,500 rpm and 81 Nm of peak torque at 9,000 rpm. With very entertaining road manners, and superb handling with the performance to back it, the Suzuki GSX-S750 is quite an impressive machine. The MotoGP Replica Suzuki GSX-S750 is available only in France for now, priced at 9,449 Euros (around ₹ 8 lakh under current exchange rates).