Samsung Galaxy S20 and Galaxy S20+ deliveries will begin in India from March 6 for all those who pre-ordered the smartphone. However, Samsung is rolling out a day zero software update for the phones and our Galaxy S20+ test unit has just picked it up. The update is primarily is aimed at improving camera performance and it also adds the March 2020 Android security patch. Recently, early reviews for the Galaxy S20 Ultra haven’t been very favourable as many tech websites claimed the phone had issues with the autofocus system. Even though we’ve not encountered any autofocus issues with the Galaxy S20+ so far, it’s always nice to have updates which improve the performance of the phone. 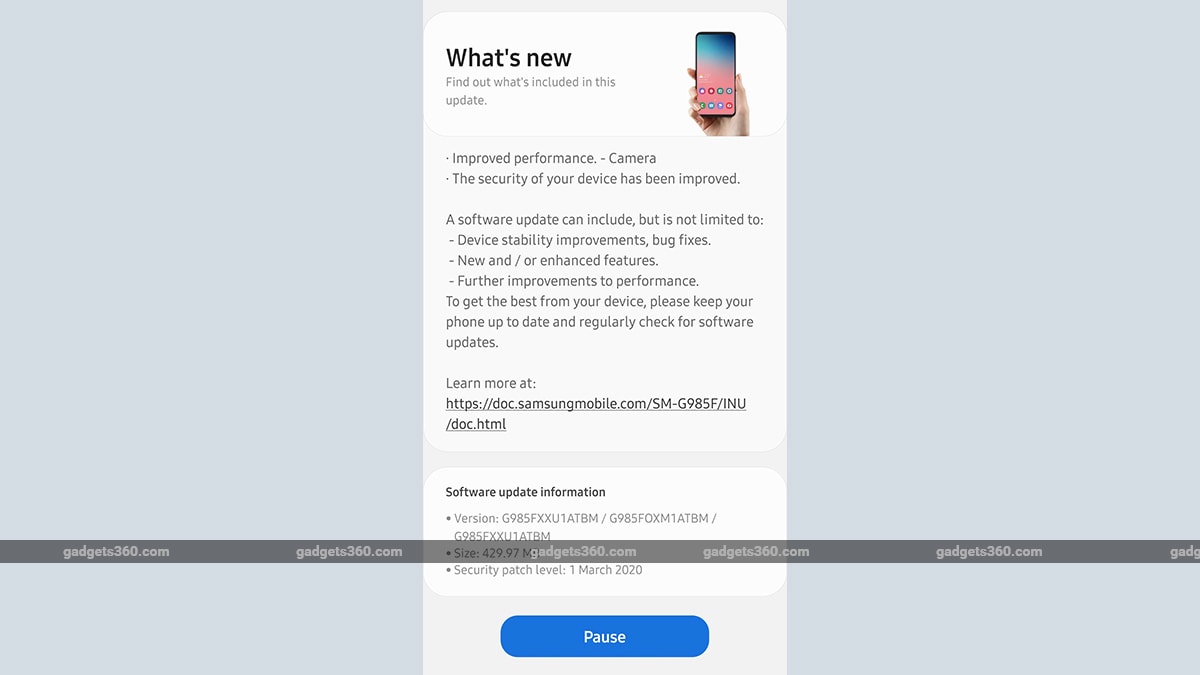 Samsung is rolling out a new update for the Galaxy S20+

A few days ago, Samsung confirmed to The Verge, that it would be rolling out a software update for the Galaxy S20 Ultra in order to fix some of the camera issues. The Galaxy S20 Ultra is the one with the 100x ‘Space Zoom’ feature, while the other two phones max out at 30x. The Galaxy S20 series is the current flagship line of Android smartphones from Samsung. These are complemented by the Galaxy Z Flip, which is the company’s second foldable flagship.