The Bluetooth SIG listing, dated March 6, clearly shows the name of the Samsung Galaxy A41 along with model numbers SM-A415_DSM and SM-A415F_DSN. It also reveals Bluetooth v5.0 connectivity on the new phone. 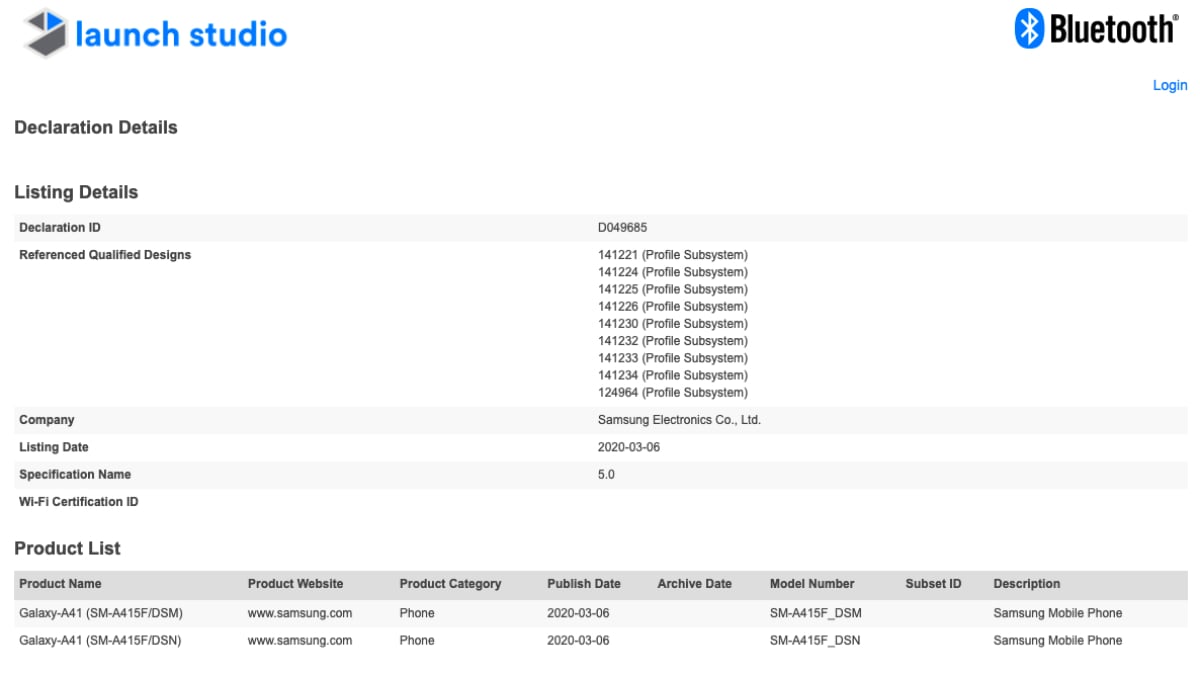 Similar to the Bluetooth SIG listing, the Wi-Fi Alliance site has featured the Samsung Galaxy A41 on its product finder with SM-415F/DSM and SM-415F/DSN model numbers. Both models received the certification from the body on March 6. 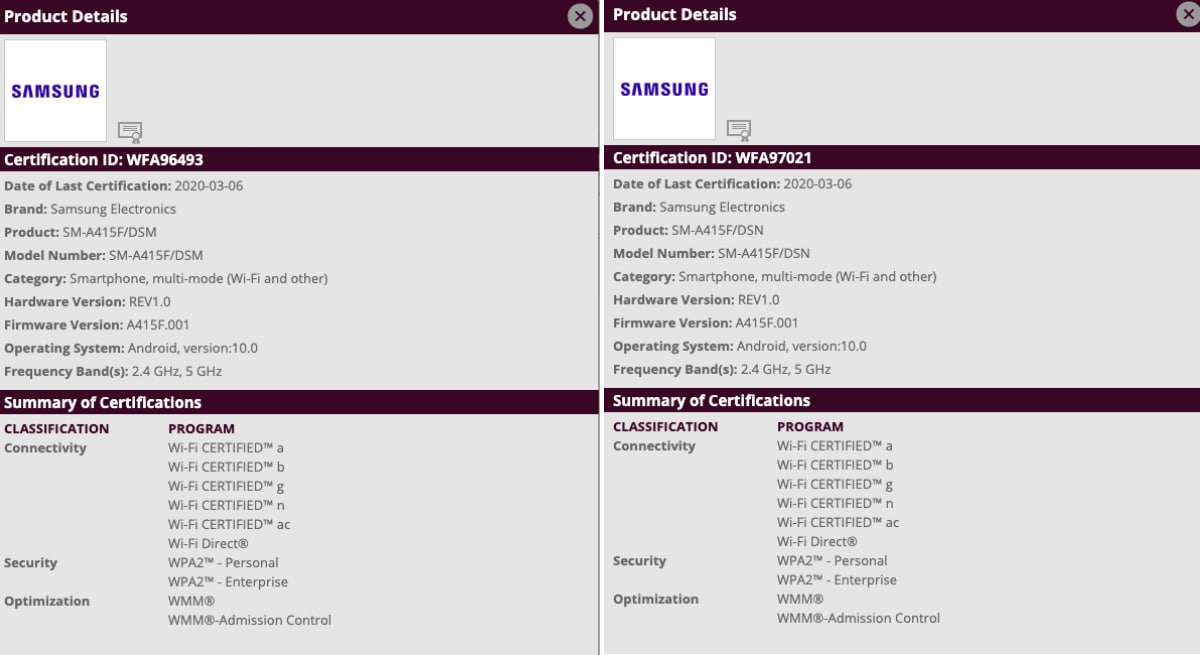 Further, the certification shows that the Samsung phone runs Android 10 and has dual-band Wi-Fi 802.11ac along with Wi-Fi Direct support.

Both Bluetooth SIG and Wi-Fi Alliance certifications don’t include any major specification details. However, if we look at the previous reports, the Samsung Galaxy A41 would come with a triple rear camera setup — along with a 48-megapixel primary camera sensor, in-display fingerprint sensor, and a 6 or 6.1-inch display. The recent Geekbench listing of the Galaxy A41, which emerged in January, showed MediaTek Helio P65 SoC, paired with 4GB of RAM.

Some early alleged renders of the Samsung Galaxy A41 suggested an Infinity-U Display, USB Type-C port, and a 3.5mm headphone jack. Further, the phone would include Glossy White and Matte Black colour shades. It is also likely to have a 3,500mAh battery, higher than the 3,000mAh battery available on the Galaxy A40.