Samsung Galaxy A31 support page appears to be live in Russia, suggesting its imminent launch. The handset, which has not yet received any official confirmation, has also received a certification from Bluetooth SIG with model number SM-A315F/DS. The Samsung Galaxy A31 is expected to debut as the successor to the Galaxy A30 in the coming days. The new Samsung phone would run Android 10 out-of-the-box and come with at least 4GB of RAM. Earlier this week, the Wi-Fi Alliance website also suggested the existence of the Galaxy A31 with the same model number that is said to have spotted on a Bluetooth SIG listing.

The Samsung Russia site has included the support page for the phone with model number SM-A315F/DS. This is highly likely to be the Samsung Galaxy A31. The page, which was originally reported by Samsung-focussed blog GalaxyClub, doesn’t provide any specific details about the smartphone. However, it does hint at its impending launch.

In addition to the support page, the Bluetooth SIG website was also spotted listing the Galaxy A31 with the SM-A315F_DS model number. The site suggested Bluetooth v5.0 on the new smartphone. 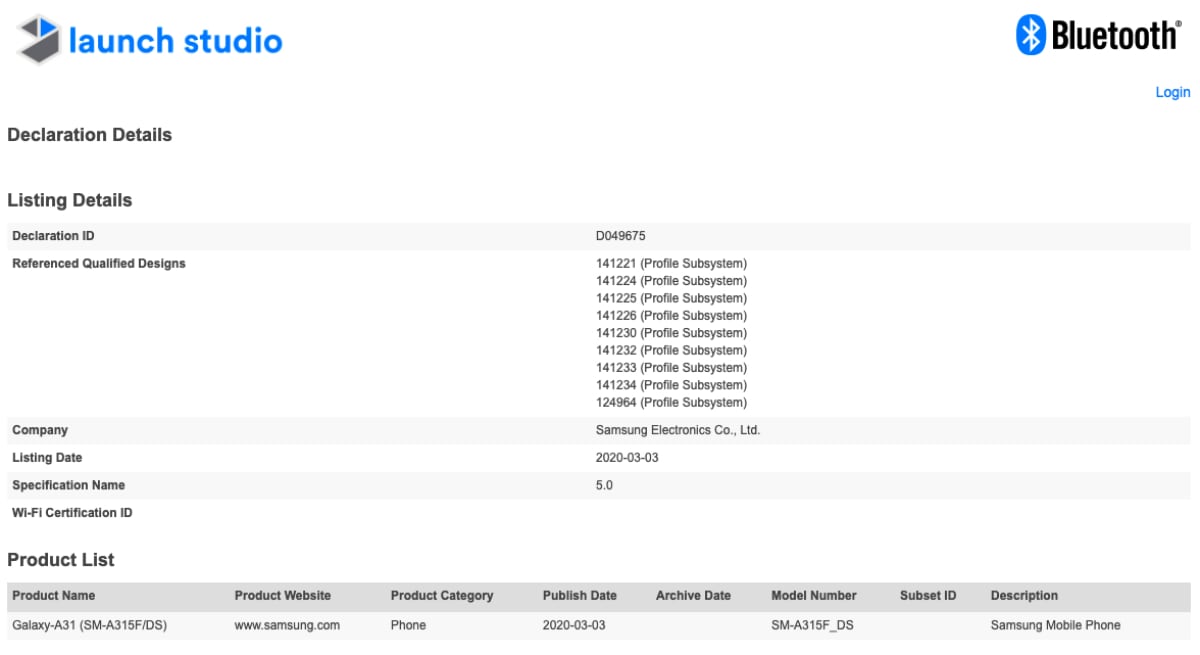 It was spotted by MySmartPrice, though Gadgets 360 was able to independently verify the listing.

If we look at some previous reports, the Samsung Galaxy A31 is supposedly in the pipeline for some time. The smartphone is rumoured to have a 5,000mAh battery and include a triple rear camera setup, with a 48-megapixel primary sensor. Further, the Galaxy A31 could be powered by the MediaTek Helio P65 SoC.

Samsung launched the Galaxy A30 in February last year. It is, therefore, expected that the company could soon unveil the Galaxy A31 as its successor.