Samsung Galaxy A21, one of the smartphone models that are rumoured to be a part of the company’s Galaxy A 2020 series, has been leaked through a few case renders. The renders show the design of the new Samsung phone that comes with a waterdrop-style display notch. This is unlike the Infinity-O Display featuring Galaxy A51 and Galaxy A71 that Samsung unveiled just last week. The Galaxy A21 also appears to have a triple rear camera setup. Samsung is likely to soon launch the Galaxy A21 as the successor to the Galaxy A20 that debuted in March this year.

As per the case renders leaked on Slashleaks, the Samsung Galaxy A21 will come with thin bezels, similar to the Galaxy A20. The handset also has the waterdrop-style notch that could be a part of Samsung’s Infinity-V Display that we saw on models such as the Samsung Galaxy M10s and Galaxy A20s in the past. The recently launched Galaxy A01 also features an Infinity-V Display panel with a 5.7-inch size.

Coming towards the back, the renders suggest that the Samsung Galaxy A21 would have the vertically-aligned triple rear camera setup along with an LED flash module. The smartphone also appears to have a fingerprint sensor at the back. 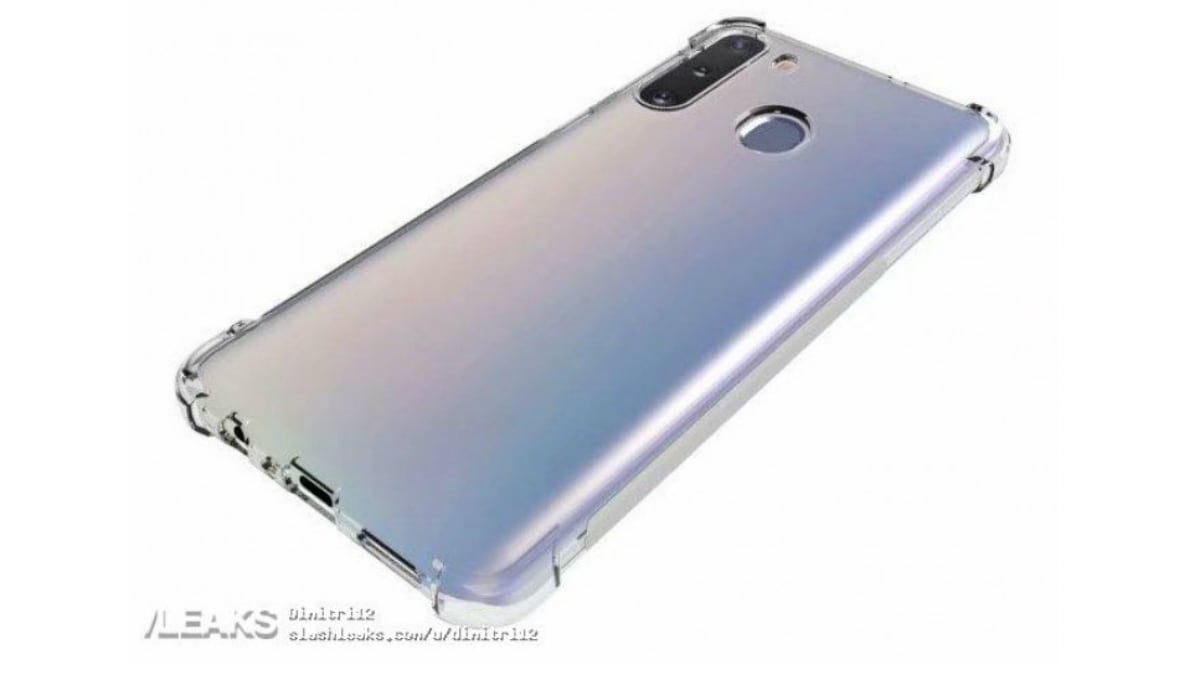 Samsung Galaxy A21 may come with a fingerprint sensor at the back
Photo Credit: SlashLeaks

The bottom side of the smartphone featured in the renders suggest the presence of a USB Type-C port and a 3.5mm headphone jack. There is also a gradient back finish.

Samsung hasn’t confirmed the Galaxy A21. Nevertheless, a leak surfaced on Twitter earlier this year suggested that the unannounced smartphone will be a part of the Galaxy A 2020 family that would also have the Galaxy A31, Galaxy A41, and Galaxy A81 amongst other models. The South Korean company also recently brought the Galaxy A51 and Galaxy A71 that would reach the mass markets sometime next year to join the other due models.

Meanwhile, it is safe to consider the leaked renders with a pinch of salt. Samsung may have some surprises to please customers in the coming year through its Galaxy A-series upgrades.

Samsung Galaxy A51, Galaxy A71 With Quad Rear Cameras Launched