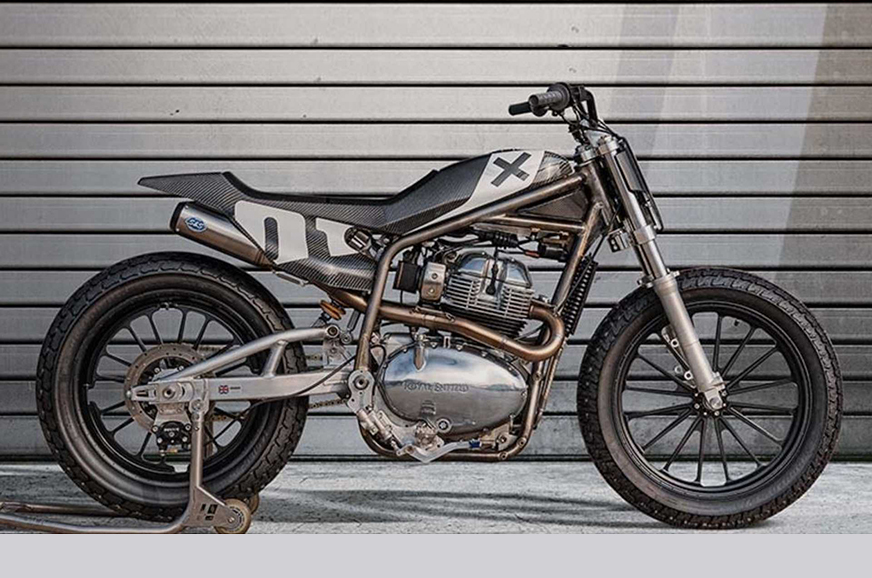 The American Flat Track is one of the longest-running championships in dirt racing.

American Flat Track (AFT) has announced its partnership with Royal Enfield North America with the intention of increasing the manufacturer’s reach in the country. For those of you who don’t know, the American Flat Track is one of the longest-running championships in the history of motorsports. As much as we’d love to see Royal Enfield participate in the racing series, the partnership will only entail zones at the races where viewers can take a look at the entire Royal Enfield line-up and take the bikes out on a short spin.

Additionally, Royal Enfield North America also announced the ‘Build Train Race’ programme that will bring its all-female flat track motorcycle programme to select AFT rounds in 2020. The contest will see four women use the Interceptor 650 as a base, and customise and race their machines across the country.

While there is no indication that Royal Enfield will participate in the event this year, it did unveil a factory custom flat-tracker based on the 650 Twins last year, and would fit right into the AFT Production Twins class that features production-based, twin-cylinder street bike engines with displacements between 649 and 800cc.

Last year, Royal Enfield unveiled the Himalayan FT 411 at Rider Mania 2019, and with it announced the inaugural Slide School that is set to take place later this month. For more details, click here.