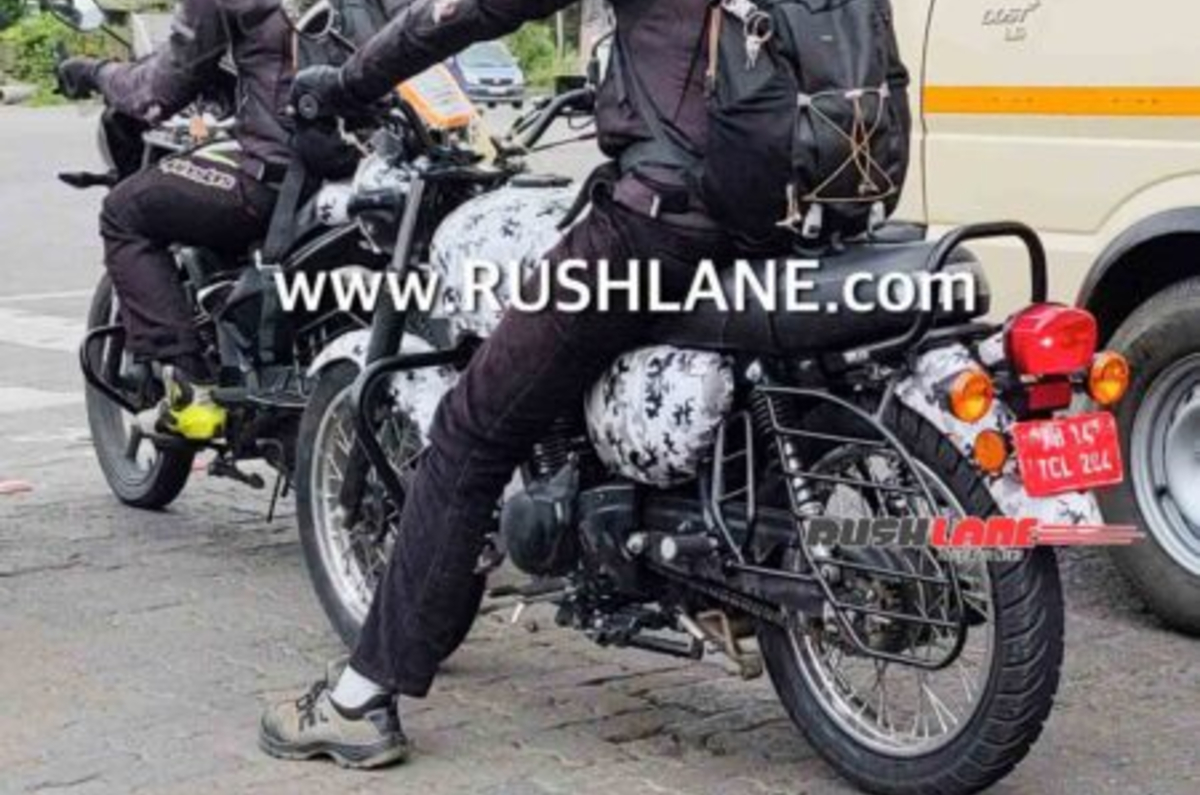 The Kawasaki W175 has been spotted testing in India, in the run up to its official launch in our market. Back in October 2020, we had reported that Kawasaki will launch the W175 in India and it will be the most affordable motorcycle in the company’s portfolio.

The Kawasaki W175 is a retro-styled motorcycle, powered by a single-cylinder air-cooled engine. According to the international version’s specifications, the motorcycle makes 13hp and 13.2 Nm from a 177cc carburetted two-valve engine. However, in order to comply with Indian BS6 emission norms, it will get fuel injection which may alter the power and torque numbers.

The Kawasaki W175 has been on sale in other Asian markets, such as Indonesia and Thailand, for a while. And while the W175 for India in terms of design will largely be the same, Kawasaki is expected to localise about 90 percent of the motorcycle’s parts. The spy pictures also reveal a crash guard, tubular pillion grab rail and a saree guard. The wire-spoke wheels also seem to have MRF rubber, which is the same tyre brand that even the bigger Kawasaki W800 is shod with.

The motorcycle looks properly retro with its teardrop-shaped fuel tank, round headlamp, indicators, mirrors and a peashooter exhaust. The analogue instrument cluster is also pretty basic and in sync with the retro theme of the motorcycle.

The design is expected to lure retro motorcycle lovers in the market who have traditionally opted for motorcycles from Royal Enfield and Jawa until now.

Just like the design, the chassis is also simple. The motorcycle employs a semi-double cradle frame, suspended by a telescopic fork (with old-school fork gaiters) and twin shock absorbers at the rear. Stopping power comes from a 220mm disc up front and a 110mm drum at the back. It will get single-channel ABS.

A large degree of localisation should translate in the W175 being priced competitively. The other advantage of this level of localisation would be affordable spare parts.

Back in October 2020, we were given to understand that the W175 will be priced between Rs 1.25-1.40 lakh (ex-showroom). Whether Kawasaki will be able to stick to that price bracket in today’s global scenario is what remains to be seen.