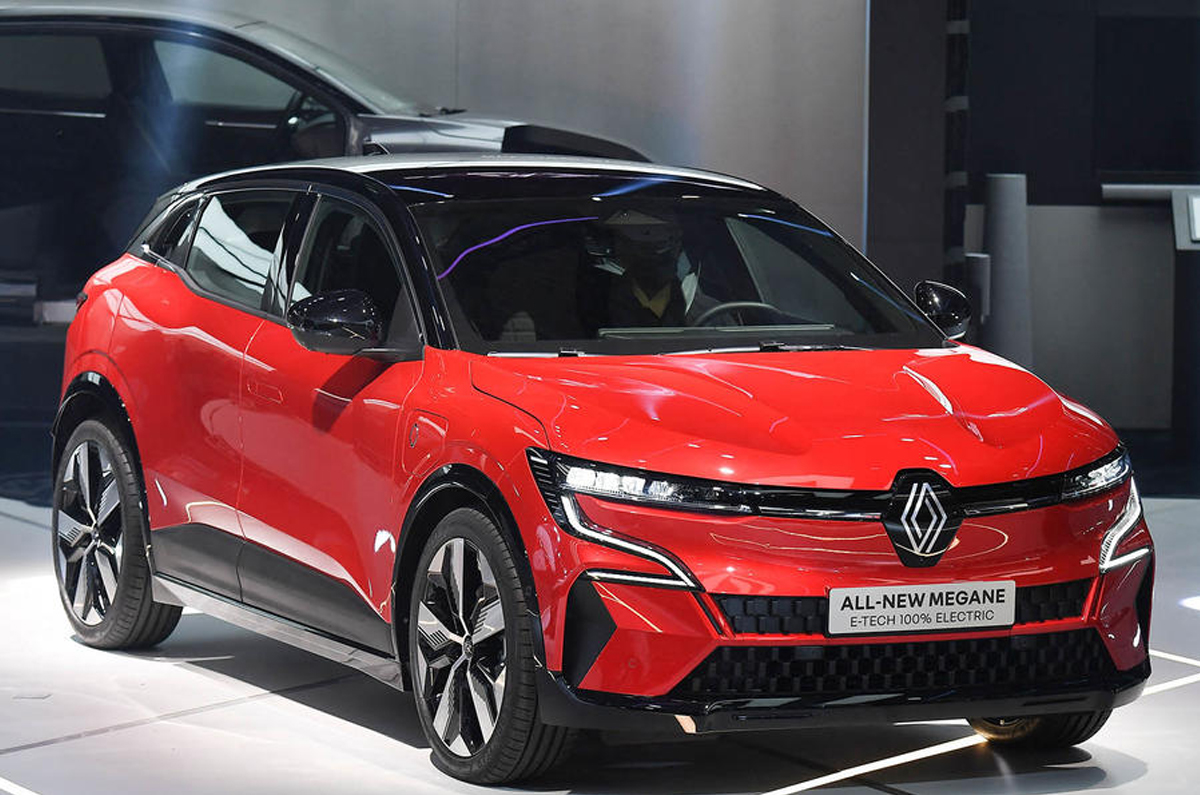 One of the biggest unveils at this year’s Munich Motor Show was the Renault Megane E-Tech Electric. The Megane E-Tech Electric features a skateboard-style battery arrangement and is the first Renault to run on the Alliance’s CMF-EV platform, following the Nissan Ariya. As such, it will play a crucial role in Renault’s bold Renaulution transformation strategy, as the brand hopes to mimic the success it enjoyed with the Zoe.

With the optional 130kW DC charging, it’s possible to charge the battery from 15-80 percent in 30 minutes. Towing up to 900kg is also possible. As for the water-cooled battery pack, at 110mm deep, it is claimed to be the thinnest on the market, also helping to give the car a lower centre of gravity.

The Megane E-Tech features a multi-link rear axle, a MacPherson-strut front arrangement and a faster steering rack, with which Renault is promising best-in-class handling. At just 1624kg (for the biggest battery variant), the Megane E-Tech is at the lower end of the weight spectrum in its class, thanks to extensive weight saving measures.

The exterior draws heavily on the Mégane eVision concept from 2020. Although the Mégane E-Tech Electric features Renault’s familiar C-shaped headlights, it gains an additional design flourish where the lower section of the C has been extended to run a reverse line of light along the top of the bumper.

The nose is dominated by Renault’s new corporate badge, which harks back to the art-deco style from the 1970s, while the rear lights feature a 3D-effect LED arrangement, as part of the new “sensual tech” on the new car. Flush-fitting door handles are standard across the range. Lower-spec cars get 18-inch alloys wheels and top-spec models get 20-inch units.

Although the EV is still recognisably related to the ICE Mégane, its wheels have been pushed to the extremities, lengthening its wheelbase by 20mm to 2700mm and leading to greater passenger space (further helped by the flat floor that’s possible as a result of the floor-mounted battery). Overall, the car is shorter than its ICE namesake, thanks to reduced front and rear overhangs.

Renault is keen to emphasise the sustainability of the interior’s materials. While top-spec models come with leather, others get fabric seats made from 100 percent recycled plastic. A decorative wood finish, dubbed Nuo, is used around the dashboard and doors.

There are 48 possible interior lighting options, with a thin band running around the door panels and dashboard. It’s also possible for the Mégane E-Tech to mimic humans’ 24-hour circadian rhythm by matching the colours to the time of the day, using cooler hues in the day and warmer red tones at night.

Back here in India, Renault recently updated the Kwid hatchback with dual airbags as standard across the range and also rolled out a major variant rejig to the Triber MPV. The Kiger compact SUV has also been bringing a decent amount of footfalls at Renault outlets with healthy sales numbers too.