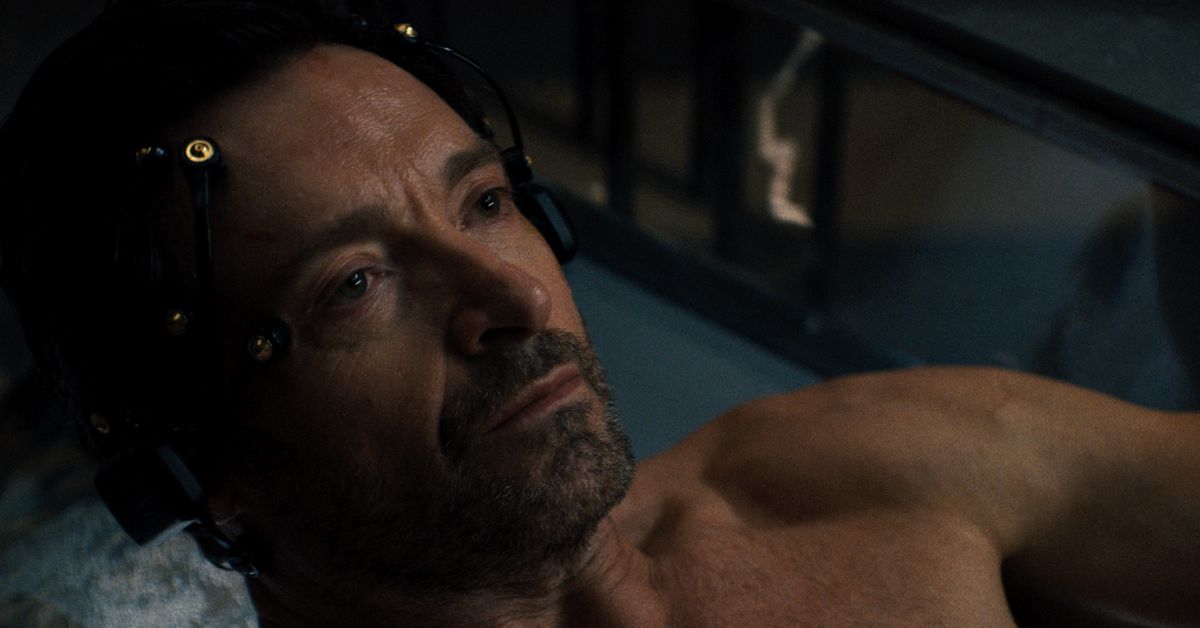 
Roughly speaking, there are two kinds of dystopian science fiction movies: The ones that assume there’s a way for protagonists to fight back against whatever’s warped the world, and the ones that cynically decide there isn’t. The fight-back films (like The Hunger Games or Elysium or Divergent or Ready Player One) generally create one big representative villain for a hero to battle in order to set things right. But while the don’t-bother-it’s-too-late films tend to be less rousing and thrilling, they’re often much more nuanced and textured, and more relatable to those of us who live in a world without one simple, obvious villain.

Westworld creator Lisa Joy’s noir-future mystery Reminiscence shows why. It takes place in a future where the big evils have already taken place, and there’s no sense that anyone can fight them. So instead, the characters fight their own smaller, more personal battles — against despair as much as anything else. Reminiscence doesn’t hold out a whole lot of hope for a better future, but it at least operates at a level that feels real and familiar, no matter how fantastical the actual details get.

In Reminiscence, human-induced climate change melted the polar icecaps, the ocean levels rose, and a series of wars were fought to secure waning resources and precious dry land. The setting is a flooded future Miami, where giant walls hold the sea mostly at bay in some neighborhoods, while other areas now resemble Venice, with canals in place of streets, and boat traffic replacing cars. The daytime temperatures are also so prohibitive that Miami has become fully nocturnal.

But there’s no sense that anyone’s working to fix the problem. The floods and wars and heat aren’t just the calculated backdrop for Reminiscence’s actual story, they’re the long-accepted backdrop for an entire culture of drained and impotent characters. The changes wrought on the city show up in the background of practically every shot, but apart from Hugh Jackman’s dreary voiceover slathering on exposition, no one much comments on any of this. It’s all just what they expect from the crapsack future they’ve ended up in. No wonder the movie’s primary theme is nostalgia, and obsessively hanging onto lost comforts.

Jackman stars as Nick Bannister, proprietor of a small shop that offers its clients full-immersion flashbacks to their own pasts. With drugs, an immersion tank, and an electrical brain-induction rig, Nick and his old military partner Watts (Westworld’s Thandiwe Newton) let people fully re-experience their own memories, perfect down to every tiny detail, and complete with you-are-there sensation. A stage-like visualizer simultaneously shows those memories in stylish 3D glory to anyone present. The visualizer initially seems beside the point — if the tech is just designed so clients can relive their pasts, why does it matter if other people in the room can see those memories too?

But Joy brings the same thought-through exploration of technology to Reminiscence that she brought to Westworld. The new tech looks flashy and cinematic, but it also has a society-shifting impact: It’s used as a deposition tool in the courts, to help unravel the truth of a situation, and as an interrogation tool for the police, to dig memories out of criminals. And in those cases, the memories are more important to the institutional witnesses watching them play out in living color than to the drugged and immobilized subjects offering them up.

But that’s all background as well. The real purpose of the visualizer in Reminiscence is to let Nick fully fall into his past, as he gets lost in the mysteries of his memories. One night when he and Watts are seeing their usual roster of clients, a woman named Mae (Rebecca Ferguson) slips in and asks for help remembering where she put her keys. She and Nick soon become lovers, until she suddenly disappears. Convinced something terrible has happened to Mae, Nick obsessively begins reliving his own memories, looking for clues. Gradually, he gets hints that she wasn’t who she said she was, and he’s pulled into a criminal conspiracy, with Watts reluctantly trailing along after him.

Watts is clearly at least somewhat in love with Nick, but she’s also ruthlessly practical, and clear-eyed about his gormless obsession with a two-faced woman who appears to have moved on. That three-way dynamic, and the film’s focus on music, performance, the tech-assisted reliving of memories, and a rising social unrest all heavily recall Kathryn Bigelow’s gloriously messy, criminally unavailable 1995 science fiction movie Strange Days. Even the specific racial dynamic of the casting seems deliberate — Newton’s role in this film corresponds to Angela Bassett’s in Strange Days, and they’re similarly conceived as hard-eyed, self-contained warrior-women who are fully aware they’re half in love with sentimental chumps, and are more than a little angry about it. (As audiences may be — the specter of yet another competent, badass woman of color trailing around after a drippy, self-absorbed white dude who barely notices her is Reminiscence’s worst echo of what was already a painful dynamic.)

But while Reminiscence often seems like a nostalgic echo of Bigelow’s film, it leans even harder into the traditional noir-movie dynamic than Strange Days, as Nick tries to run down Mae’s past. In some ways, she’s a traditional femme fatale, a beautiful mystery who comes into the life of the hero-patsy, upends it, then heads back to her troubles, tempting him to follow her and fix them. But there’s more to her than the clichés, as well. Ferguson keeps her alluring and opaque, unreadable enough to help sell the mystery. Jackman, meanwhile, turns Nick into a wide-open book, nakedly yearning for the one good thing he had in his squalid recent life, and unable to believe it might have been a lie.

Individual viewers are certainly going to bring their own emotional biases to interpreting Nick, and that’s going to heavily shape whether they see him as a romantic hero, gamely pursuing true love at all cost, or an annoying stalker who constantly endangers himself and others by refusing to let go of his irrational obsessions. He’s certainly a little of both, but it’s a funny irony that a film so hung up on relived memories is going to play out so differently to different audience members, based on their own memories of past relationships. Jackman is a charismatic performer as always, but the script makes him repetitive, clueless, simplistic, and borderline abusive, and it’s easy to find him and his quest off-putting. Then again, the movies almost always reward this kind of dogged pursuit of a seemingly unwilling woman, so viewers’ memories of past rom-coms or noir movies may come into play in setting their expectations too.

As a noir mystery, Reminiscence is certainly solid, with a series of complications and surprising reveals, and a genre-friendly helping of double-crossings and double-dealings, of slimy mobsters and rich monsters. It mostly fails through its character dynamics, especially for anyone who isn’t swooning over Nick’s monomania. Nick’s soppy voiceover not only steers the audience toward maudlin self-pity, it overexplains things better left subtle and up to interpretation, and it prevents viewers from just quietly soaking in the movie’s elaborate dystopian spectacle. It’s an irritating, intrusive drag, constantly trying to steer the audience and tell them what to think or how to feel. Joy’s symbolism can be equally heavy-handed: a bit of business with a recurring lost queen from a deck of cards is a ridiculously gratuitous bit of stagecraft in a story about a missing woman.

It does feel throughout Reminiscence as though Joy doesn’t trust the audience to follow the story unless everything is explained, and re-explained, and re-communicated symbolically, and allowed to play out in flashback. The story simply isn’t that complicated, and the hand-holding slows down the action in what’s already a meandering, melancholy story.

And much like she did with Westworld, Joy gets painfully clever with Reminiscence’s timelines, using her invented tech to play around with the audience’s perceptions. But while there’s a lot of chicanery and contrivance in a plot that sometimes feels more focused on its mechanisms than its characters, the world’s flashback machines do wind up seeming like a natural tool for making a story like this work. They give Nick a window into other people’s perspectives on Mae, and as the truth unfolds, Joy gets to show viewers exactly how things happened by effortlessly waltzing them back into the past.

That’s another bit of subtle irony, in a movie that so expressly takes place in a terrible, and sometimes seemingly inevitable future. But then, Reminiscence is rarely about looking forward. It’s a weary, intent warning about where we might be headed, not just in a big-picture science fiction mode, but on an individual level, toward a world where the only comforts exist in our memories of what we once had. It’s depressing, in more ways than one, given its cynical take on what makes life worthwhile, and what we have to do to preserve it. But it’s also refreshing to see science fiction this aware of how actively we’re careening toward a terrible future, and how our response to it is likely to be specific, personal, and just as selfish as the behavior that gets us there in the first place.

Reminiscence debuts in theaters on August 20, and is currently streaming exclusively on HBO Max through September 19.

Prices taken at time of publishing.

The neo-noir hits streaming on Aug. 20, free for subscribers

Netflix Tudum 2021: All the trailers, news, and release date announcements