Realme has once again raised the bar for what consumers should expect from a mid-range premium smartphone with its new X3 and X3 SuperZoom devices. With prices starting at just Rs. 24,999 for the Realme X3 and Rs. 27,999 for the Realme X3 SuperZoom, you can expect a top-of-the-line 4G SoC, a fast 120Hz display, and high-quality optics. Today we’ll be checking out the X3 SuperZoom, whose highlight feature is an impressive-looking telephoto camera that’s capable of 5x optical and 60x hybrid zoom. Periscope-style camera systems have so far been used in more expensive Android phones, but with the X3 SuperZoom, Realme is bringing this tech to a wider audience.

Simply looking at the specifications and price, the Realme X3 SuperZoom seems all set to be a great all-rounder. Should you buy it rather than other similarly priced offerings such as the Realme X2 Pro (Review) or the OnePlus 7T (Review)? Let’s find out.

The main difference between the Realme X3 and the SuperZoom model is the telephoto camera. The X3 SuperZoom features an 8-megapixel periscope-style camera, which allows it to achieve a claimed 5x optical zoom. This camera also has an f/3.4 aperture and optical stabilisation. The other cameras include a primary one with a 64-megapixel Samsung GW1 sensor, an 8-megapixel wide-angle camera, and a 2-megapixel macro camera. For selfies, you get two cameras embedded in the display, a main 32-megapixel camera with a Sony IMX616 sensor and a f/2.5 aperture, and an 8-megapixel wide-angle camera with a f/2.2 aperture.

The camera app offers buttons in the viewfinder to jump to zoom levels such as 2x, 5x, and 10x. The zoom buttons change to a vertical slider if you long-press them, giving you more granular zoom control. You can push the slider all the way up to 60x, and this is even possible in Night mode. The X3 SuperZoom will digitally magnify a scene till about 4.9x, after which, it switches to the telephoto camera all the way to 60x.

Even though you get 5x magnification, the true optical zoom level seems to be about 2.1x, which I got by dividing the focal lengths of the main and telephoto cameras. Most phonemakers never reveal true optical zoom values, as these are often a lot lower than advertised numbers, which probably doesn’t make for very good marketing.

Naturally, I had to compare image quality produced by the Realme X3 SuperZoom against some of the best smartphones I could get my hands on — the OnePlus 8 Pro (Review) and the Samsung Galaxy S20+ (Review). At 5x zoom, the image quality from the X3 SuperZoom is impressive. This phone managed to capture better details than the 8 Pro and Galaxy S20+, which says a lot. Moving to 10x magnification, the Galaxy S20+ caught up but the X3 SuperZoom continued to produce a clean image with good details, nudging past the OnePlus 8 Pro. 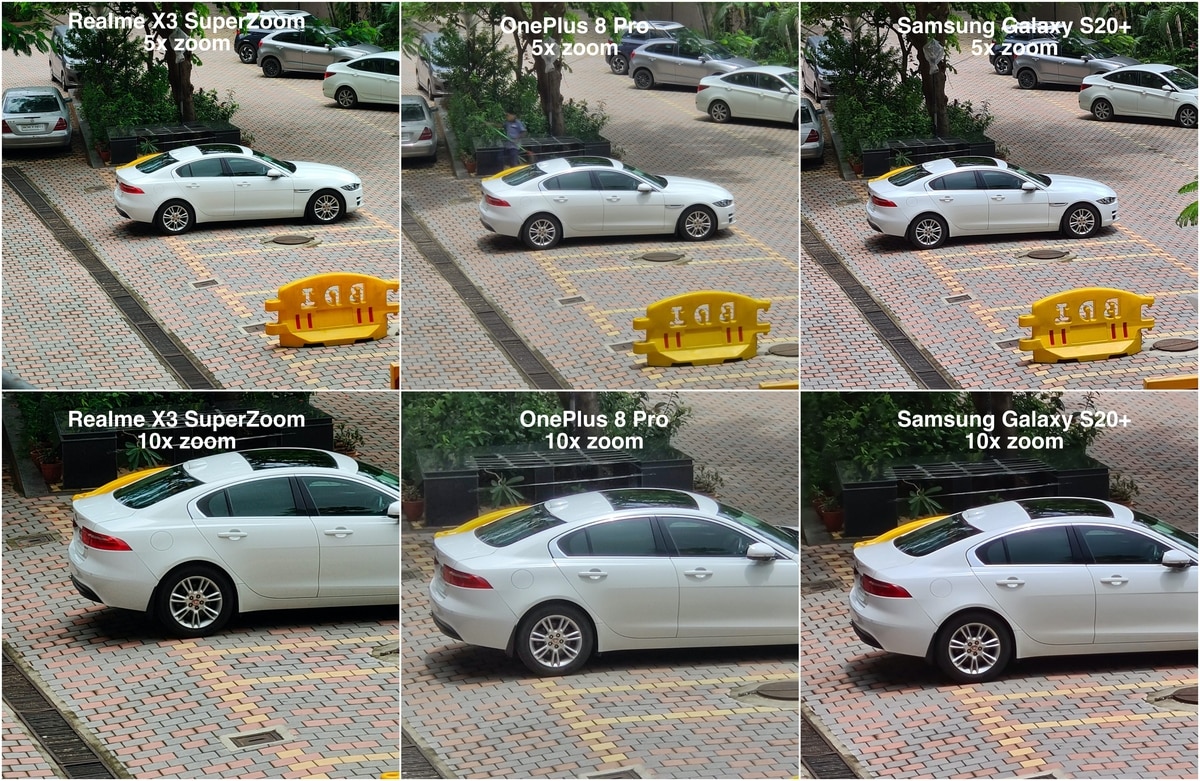 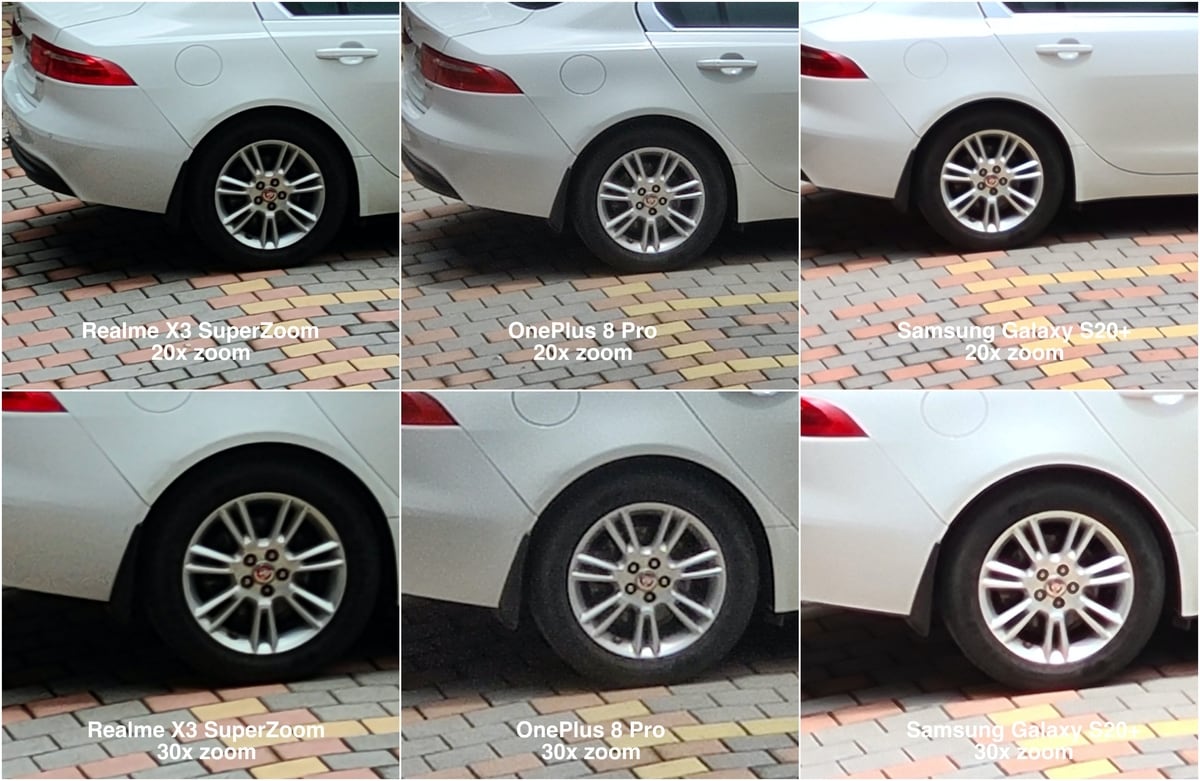 At 20x zoom, we see that the Galaxy S20+ has the cleanest image, but due to aggressive de-noising, it also flattens most textures. The OnePlus 8 Pro priorities detail over noise, which is why the shot looks a bit grainy but edges look sharper. The shot taken with the X3 SuperZoom falls somewhere in between, as it does a decent job of cleaning noise but also crushes details in the shadows.

At 30x, the quality of photos taken by all three phones takes a turn for the worse, but the 8 Pro manages slightly better details. The X3 SuperZoom can keep going till 60x, and as you can see, image quality suffers quite a bit. However, considering the price difference between the X3 SuperZoom and the others, it’s an impressive performance overall.

In low light, the telephoto camera captures poor details, unless you use one of the Night modes. The Realme X3 SuperZoom features Nightscape 4.0, which includes additional low-light shooting modes called Pro Nightscape and Starry. The former basically gives you manual controls and only works with the main camera, while the latter is said to be able to capture stars and constellations in the sky. I wasn’t able to capture any stars due to a perpetually cloudy monsoon sky, but I hope it will work, given suitable conditions. Starry mode works with the main and telephoto cameras. 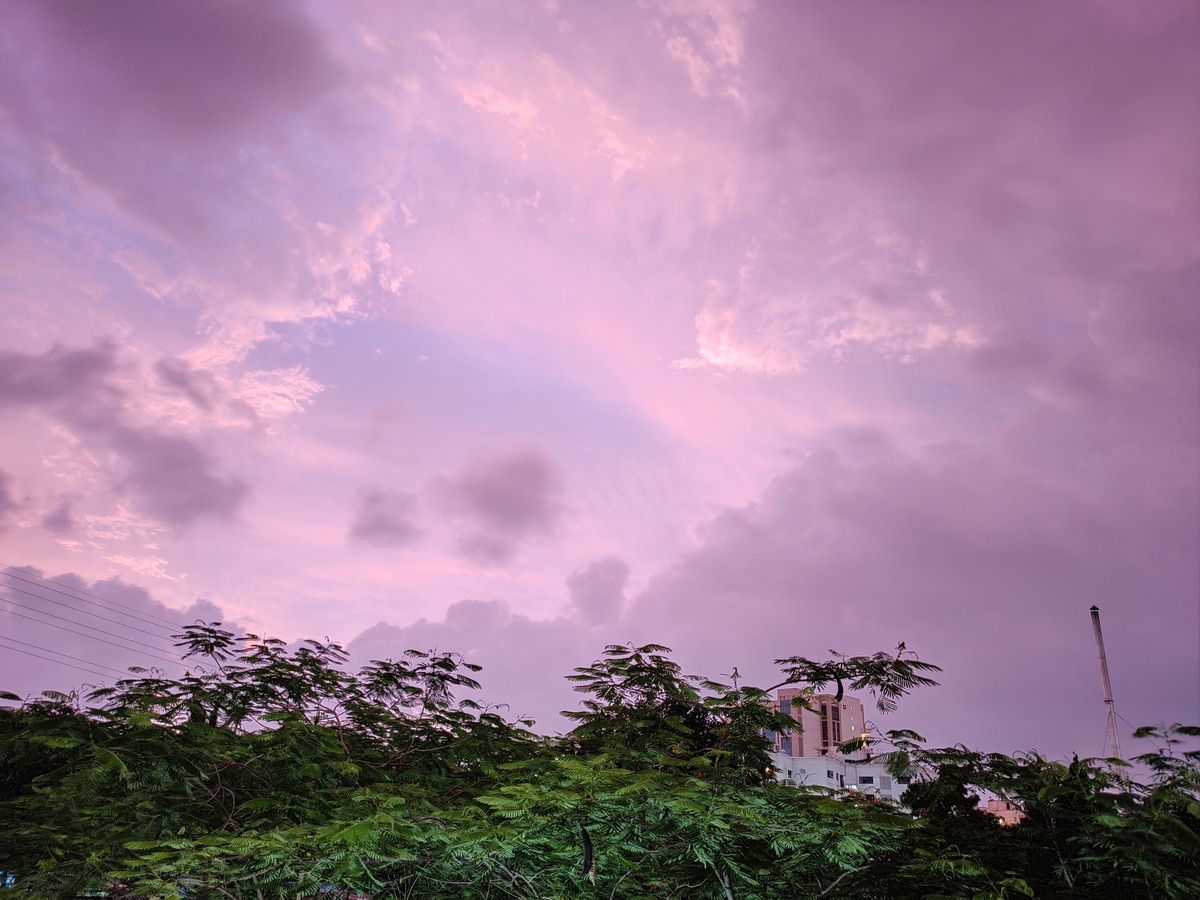 Tripod mode lets the shutter stay open longer to allow more light to enter the sensor, but it’s most effective if you have the phone either resting still against something or on a tripod. This is another handy feature, and I managed to capture some good-looking landscapes at dusk using this. It can be used with the main, wide-angle and telephoto cameras. 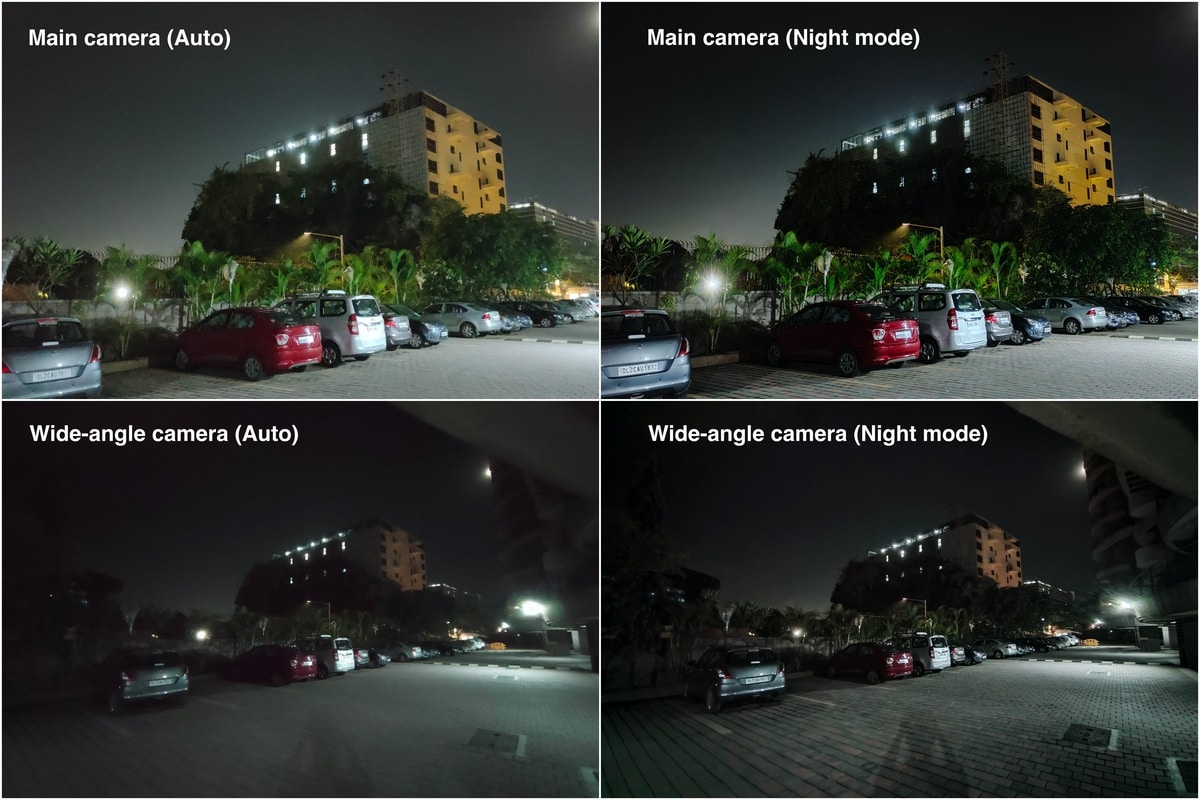 The main sensor really shines when shooting during the day. Details and colours are generally good and even the wide-angle camera manages to keep up. Close-up shots in daylight look good too, with plenty of details and vibrant colours. The macro camera works decently well, provided there’s a good amount of light around. Even without a dedicated depth sensor, portrait shots looked good, with fairly accurate edge detection. 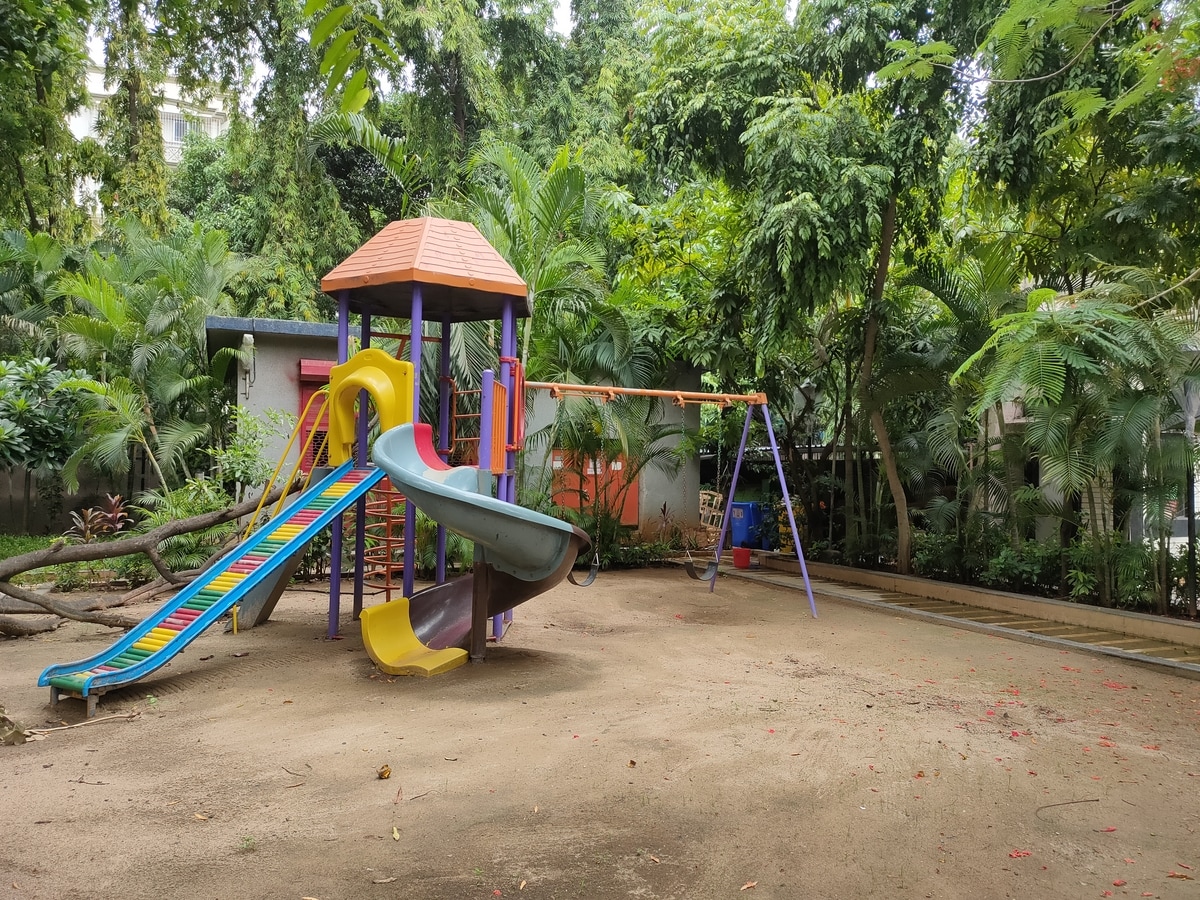 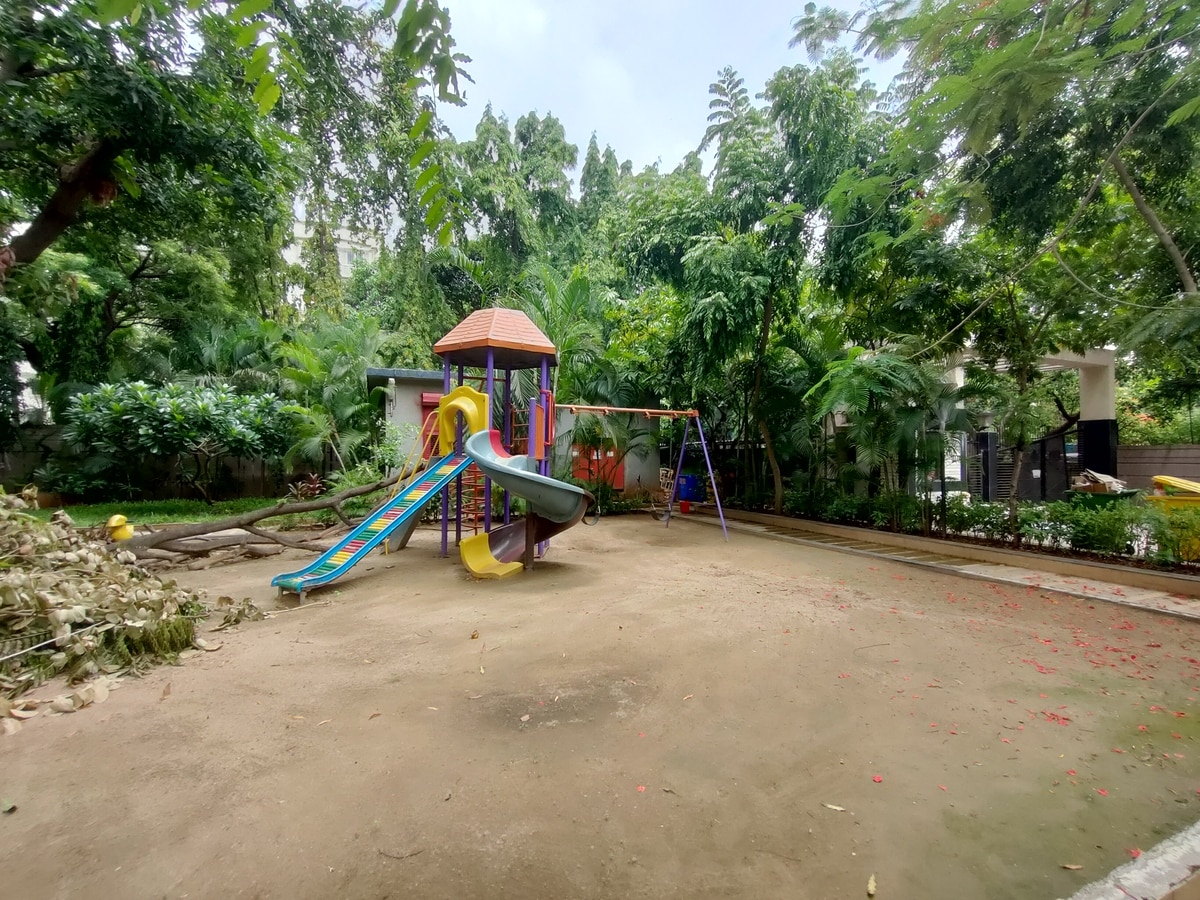 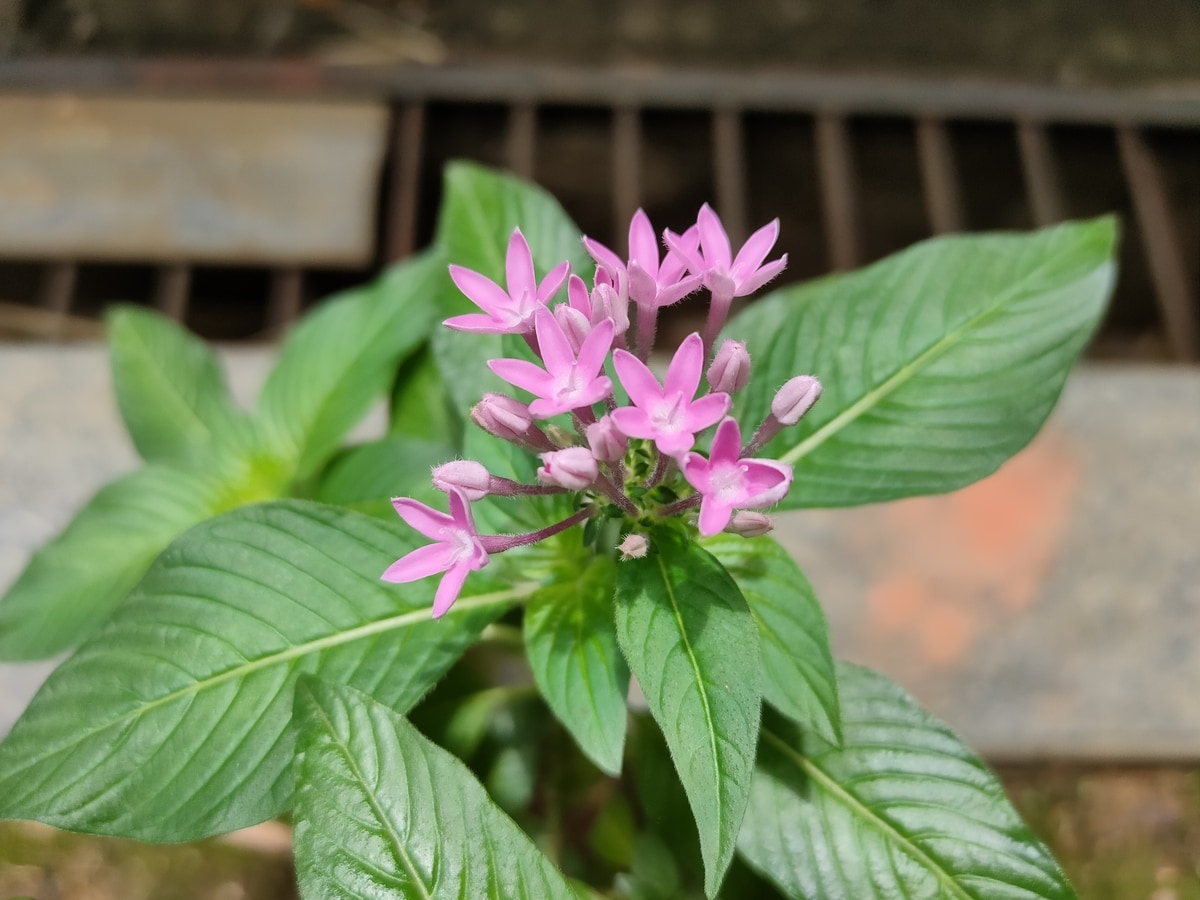 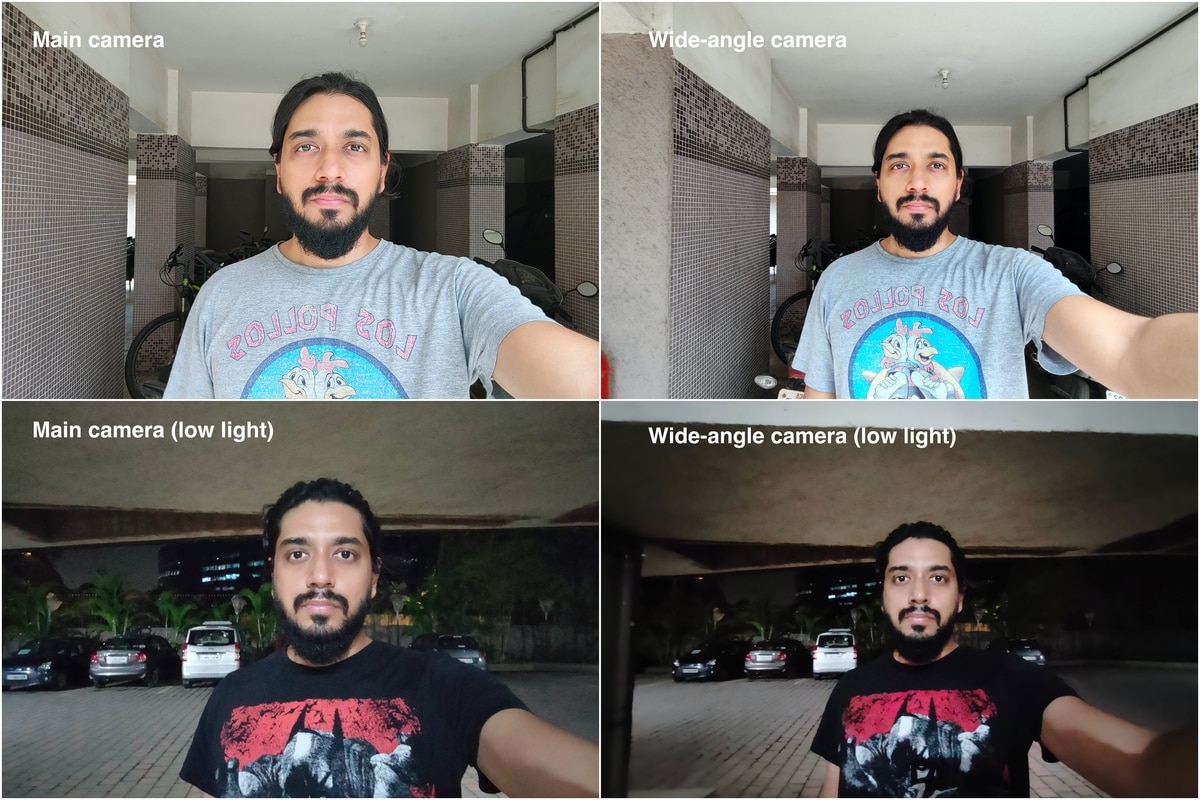 The X3 SuperZoom captures selfies at the full 32-megapixel resolution, instead of using pixel binning for a smaller file size. Details are good when shooting in daylight, although HDR can be hit-or-miss. The wide-angle camera is useful and I found HDR shots to be a bit more consistent with this sensor. Image details are generally weak in low light, but you can use Night mode for both selfie cameras, which helps getting slightly better photos.

Now, let’s take a look at video. Unfortunately, Realme hasn’t included a Pro video mode, but the X3 SuperZoom can shoot up to 4K at 60fps. You can switch between the main, wide-angle, and telephoto cameras, provided you’re shooting at 1080p. At 4K, only the primary camera is used. Colours look quite exaggerated at 4K, but not so much at 1080p.

Stabilisation is good during the day, but in low light, video is grainy and your footsteps can cause annoying shakes in the video. There’s a toggle for Ultra Steady video, which boosts stabilisation for the main camera. Enabling the ‘Max’ toggle switches to the wide-angle camera and crops footage for a gimbal-like effect, but image quality drops. The HDR toggle is supposed to boost the dynamic range of video but I didn’t find it to be as effective as OnePlus’ solution on the 8 Pro.

Overall, I think the telephoto camera in the X3 SuperZoom is very good, provided you shoot mainly in daylight and at up to reasonable magnification levels. I like the expanded Nightscape modes too, which can be very useful. However, without Night mode, all the sensors really seem to struggle with low-light stills and even video. 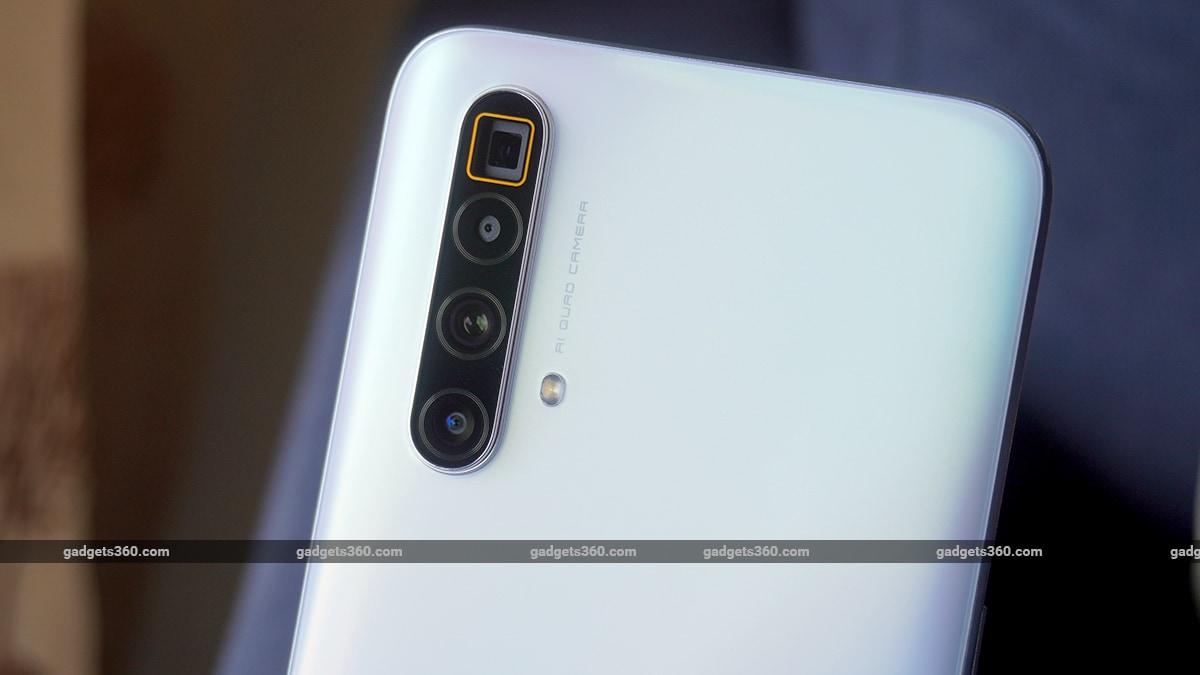 The Realme X3 SuperZoom has an impressive telephoto camera

Realme is bragging about the X3 SuperZoom’s ability to pump out the highest AnTuTu benchmark score for a Qualcomm Snapdragon 855+ powered device. While Realme might have gotten its claimed 5,17,743 score in its lab, I was only able to get around 5,08,491 points, which is still good. Of course, a benchmark score doesn’t always guarantee real-world performance, but I’m happy to report that the X3 SuperZoom feels speedy in use. I’m using the top-end variant, with 12GB of LPDDR4X RAM and 256GB of UFS 3.0 storage.

Apart from these solid core specifications, the other reason for the snappy feel is the 120Hz LCD display. Realme decided to go with an LCD panel with a faster refresh rate instead of a slower (90Hz) AMOLED panel, like on the X2 Pro. The 6.6-inch full-HD+ LCD panel is quite good, with strong colours. A recent update appears to have fixed an issue with brightness that I noticed when I first unboxed this phone. However, I would have preferred a slower AMOLED display, for more vibrant colours and better contrast at lower brightness levels.

One of the things you forfeit with an LCD panel is the possibility of an in-display fingerprint sensor. The X3 SuperZoom has a capacitive sensor in the power button on the right, which works well with just a light tap. There’s face recognition too, which is equally quick. Another useful feature that the X2 Pro has but is missing here is stereo speakers. The X3 SuperZoom has to make do with a single bottom-firing speaker. It’s loud, and there’s Dolby Atmos too, but the experience isn’t as immersive as I would have liked. 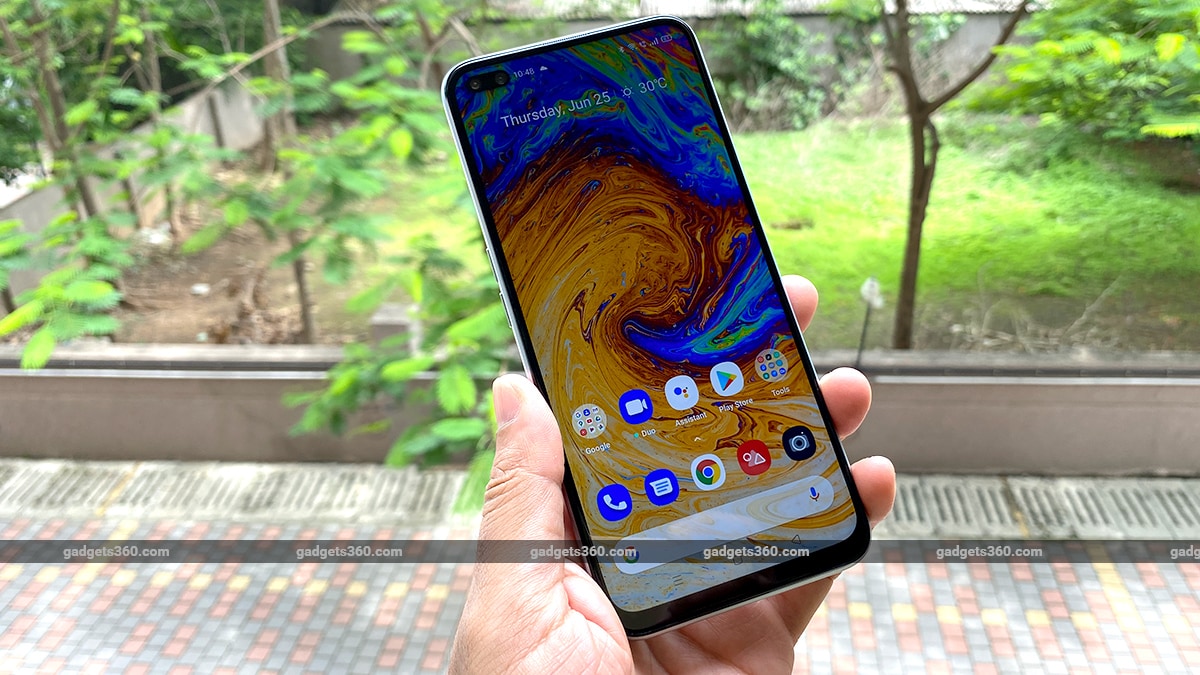 Realme UI, based Android 10, runs very well on the X3 SuperZoom. I noticed the same useful customisations and shortcuts that we’ve seen in other recent Realme phones, plus a system-wide dark mode. You can read about them in more detail here.

Gaming performance is excellent. The X3 SuperZoom can easily handle demanding games from the Google Play store. The body of this phone gets warm after prolonged gameplay but I never found it too hot to handle. Realme says it has used a vapour cooling system, which seems effective.

You can use two Nano-SIM cards in the Realme X3 SuperZoom at the same time, but there’s no microSD card slot for expanding the internal storage. You also get dual-band Wi-Fiac, Bluetooth 5, and support for the usual array of sensors and satellite navigation systems.

Battery life was solid, and even with heavy usage, I was able to comfortably use the X3 SuperZoom for an entire day before needing to charge it. The 4,200mAh battery also did well in our HD video loop test, lasting for a good 21 hours and 42 minutes. That’s impressive, considering the top-end SoC and high-refresh-rate display. You get a 30W ‘Dart Charge’ fast charger in the box, which manages to fill the battery in a little under an hour. The Realme X2 Pro supported 50W charging, but this is still plenty fast if you ask me. 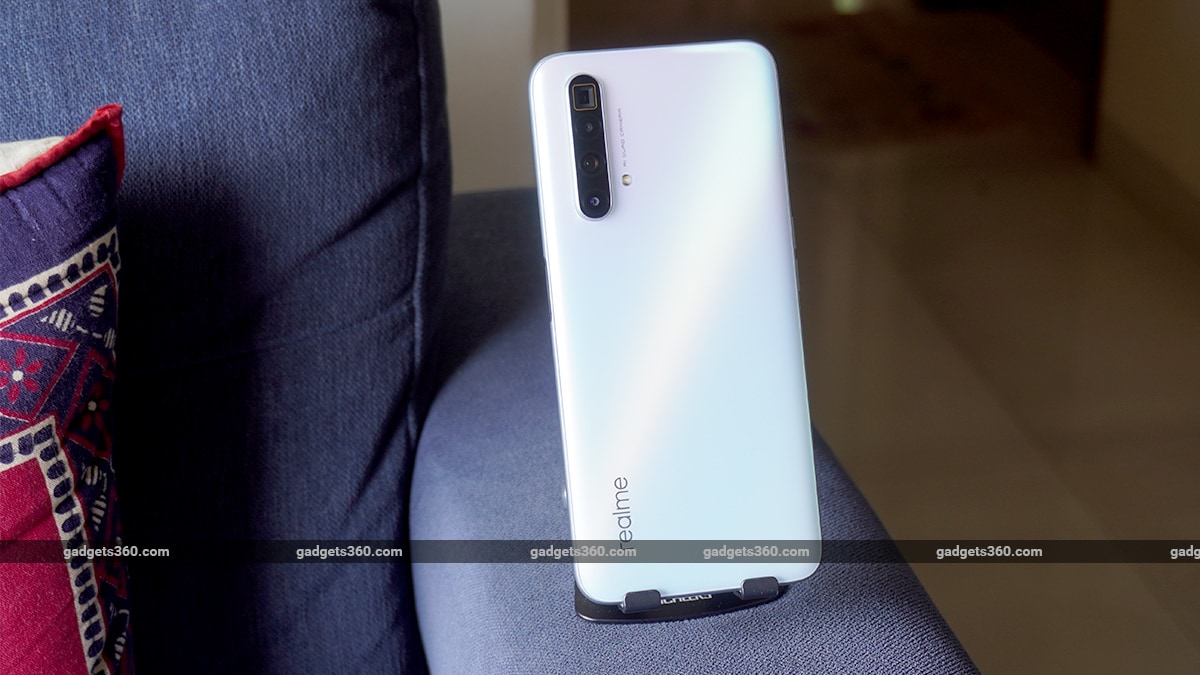 I’ve kept this section for the very end because there’s not a lot that’s new. In classic Realme fashion, you get a special finish for the back of the phone, and this time it’s said to be inspired by the Arctic. The X3 SuperZoom comes in two colours, Arctic White and Glacier Blue, of which I have the former. The curved glass back feels great to the touch, thanks to its smooth matte finish. The device feels sturdy overall, and even though the X3 SuperZoom is slightly big and hefty, it’s still comfortable to use.

Verdict: Should you buy the Realme X3 SuperZoom?

Some of this phone’s strong points include the smooth display, excellent battery life, strong performance, and the impressive telephoto camera. Low-light camera performance is still a bit weak, and I do miss having stereo speakers.

The Realme X3 SuperZoom overlaps with the Realme X2 Pro (Review) a bit, but rather than replace it, I think there’s enough reason for both to coexist. With the X2 Pro, you don’t get the extended zoom range and second selfie camera, but on the other hand, you get a richer HDR10+ certified AMOLED display, stereo speakers, and 50W fast charging.

Ultimately, it all depends on what you want from your smartphone. If a telephoto camera with a long zoom range is a higher priority, then the X3 SuperZoom is the obvious choice. Else, if you watch videos a lot more than you take photos, then I feel the Realme X2 Pro or even the OnePlus 7T (Review) are still great options.

Is Realme TV the best TV under Rs. 15,000 in India? We discussed this on Orbital, our weekly technology podcast, which you can subscribe to via Apple Podcasts or RSS, download the episode, or just hit the play button below.