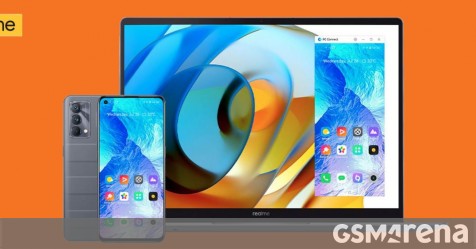 
Realme’s upcoming laptop will have a smartphone connect feature, similar to Huawei’s Share or Microsoft’s Your Phone that would let users control their smartphone from the PC and share files.

The feature, called PC Connect, will likely work between the soon to be announced Realme Book and a list of supported Realme smartphones – like Huawei’s exclusive solution.

Unlike Huawei’s solution, which is initiated with NFC when you tap the phone on the laptop’s touchpad, Realme’s is expected to use Wi-Fi Direct.

‌Being a trendsetting technology pioneer, we are back with “THE BIGGEST LAUNCH EVER” with the latest revolutions in technology.

The Realme Book Slim is coming to China and India on August 18. It will have a 3:2 aspect 2K display, 65W charging through USB-C, a backlit keyboard and a metal body.