Realme’s official event site reveals that the Realme 6 series will pack a quad rear camera setup headlined by a 64-megapixel main camera. It will be assisted by an ultra-wide angle shooter to let users capture a wider panorama, a telephoto lens for long-range shots, and a dedicated macro camera to click close-up photos. Realme is yet to reveal the megapixel count of the remaining sensors, and is also yet to specify the make of 64-megapixel sensor – whether it is the Sony IMX686 or the Samsung ISOCELL Bright GW1 sensor.

Realme 6 is teased to pack a single front camera, while the Pro variant will have two lenses

Next, Realme’s event site also gives us a closer look at the Realme 6 and its Pro sibling’s front camera. The Realme 6 appears to have a single hole-punch selfie camera, while the Realme 6 Pro has a pill-shaped cut out to accommodate two camera lenses. The display has uniformly thin bezels, while the earpiece strip is sandwiched between the glass and the phone’s frame. 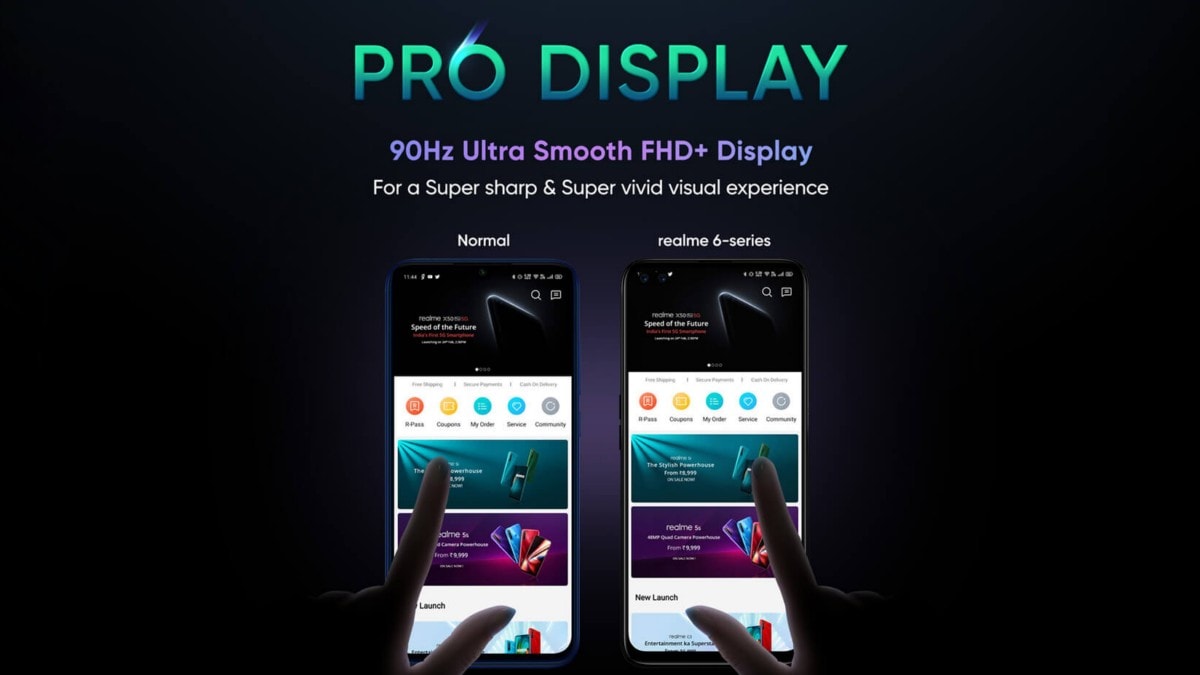 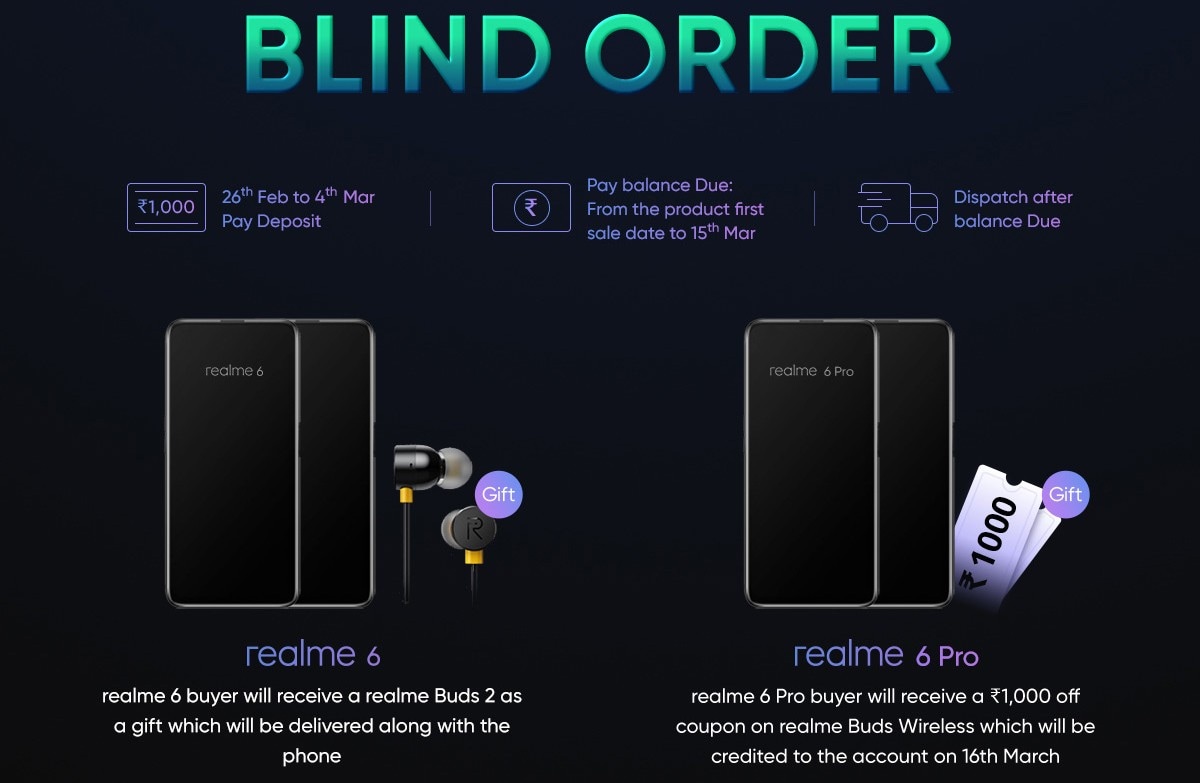 To register for the blind order scheme, potential buyers will first have to deposit a sum of Rs. 1,000 before March 4, and then pay the remaining amount for the Realme 6 or Realme 6 Pro before the first sale on March 15. Realme 6 buyers will get the Realme Buds 2 earphones as a freebie that will be delivered alongside their phone.

As for Realme 6 Pro buyers, they will get a discount coupon worth Rs. 1,000 towards the Realme Buds Wireless earphones. You can check more details about the Realme 6 series features and the blind order offers here.