Poco F1 has started receiving the anticipated Android 10 update in India. The latest update, which brings Xiaomi’s MIUI 11, comes several weeks after the Poco team initially tested Android 10 with beta testers and MI Pilot users. The update didn’t reach all Poco F1 users up until now, though some users did mention its rollout on social media in January. The Poco F1 was launched in the country back in August 2018 with MIUI 9.6 based on Android 8.1 Oreo. The smartphone received Android Pie-based MIUI 10 in December 2018.

According to a forum post on MIUI Community forums, the Android 10 update for the Poco F1 brings MIUI 11 (precisely version 11.0.6.0.QEJMIXM). The forum post mentions that the new software update is rolling out in batches — initially for beta testers and Mi Pilot users. However, user reports on social media highlight that the update is live even for the Poco F1 users who aren’t participating in the beta programme.

Multiple users on Twitter have provided screenshots showing the arrival of the latest update on their Poco F1 devices. The screenshots suggest that the update comes along with the February 2020 Android security patch and is 1.9GB in size. There is no mention of Android 10 in the changelog, though. 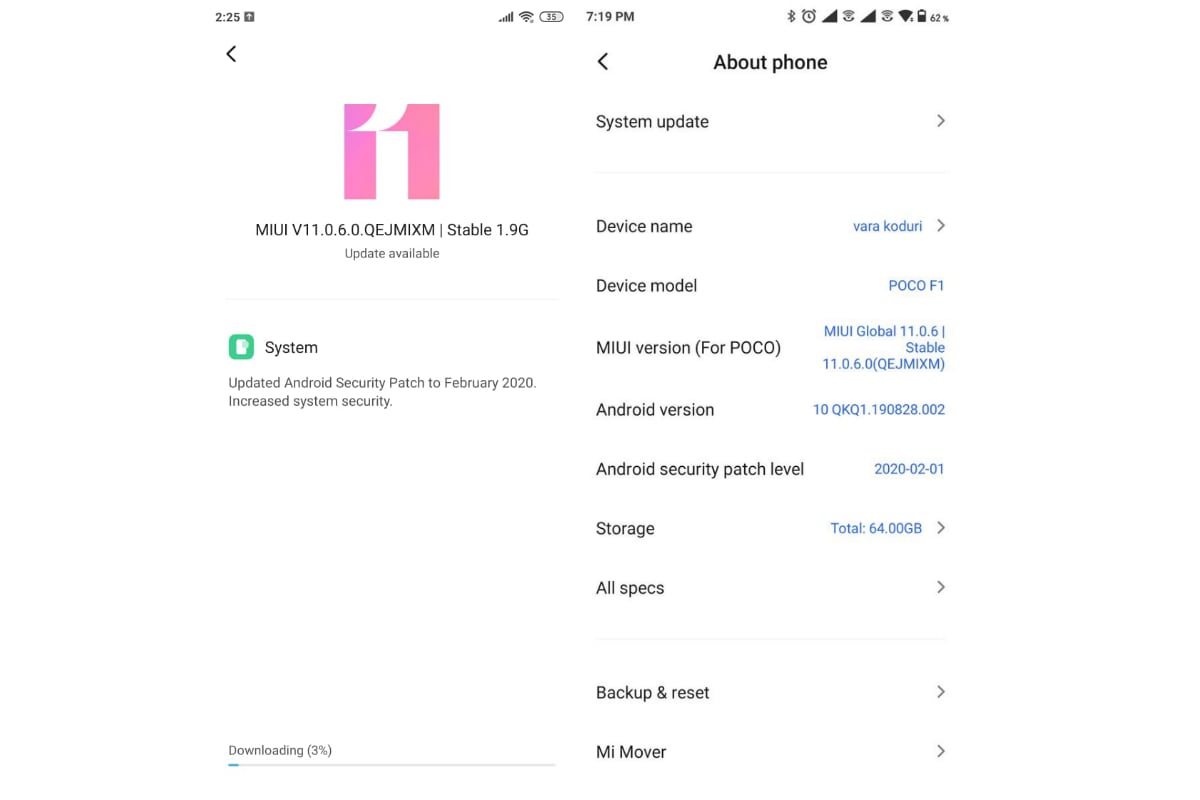 Gadgets 360 has reached out to Poco India for clarity on the rollout and will update this space as and when the company responds.

The Android 10 update for the Poco F1 was initially tested in January. That rollout was essentially a sort of soak test, though users were expected to receive the new experience soon after the initial beta testing.

If you’re one of the Poco F1 users who were waiting for Android 10, you can manually check for the update by going to the Settings menu. The update is likely to bring new gestures as well as a list of interface-level changes. The presence of MIUI 11 would also enhance the experience and bring features such as an Always-on Display, optimised Game Turbo, and App Vault. There are also updates to preloaded apps such as the File manager, Notes, and Calculator. Moreover, the update brings various bug fixes and performance improvements.