The listing on Geekbench shows model name GALILEI IN2023. This is unlike OnePlus 8 Pro 5G version that purportedly surfaced on China’s Ministry of Industry and Information Technology (MIIT) website with model number IN2010. Nevertheless, a tipster on Weibo has suggested that the handset spotted on the Geekbench site is none other than a OnePlus 8 Pro variant.

If we believe the tipster and the specifications featured on the Geekbench website, the OnePlus 8 Pro would run Android 10 and include 12GB of LPDDR5 RAM. The smartphone is also spotted to have a chipset carrying codename “kona” that could be the Qualcomm Snapdragon 865 SoC. Further, the benchmark listing shows that the phone has received a single-core score of 4,296 and multi-core score of 12,531. The listing also shows January 10 as the upload date. 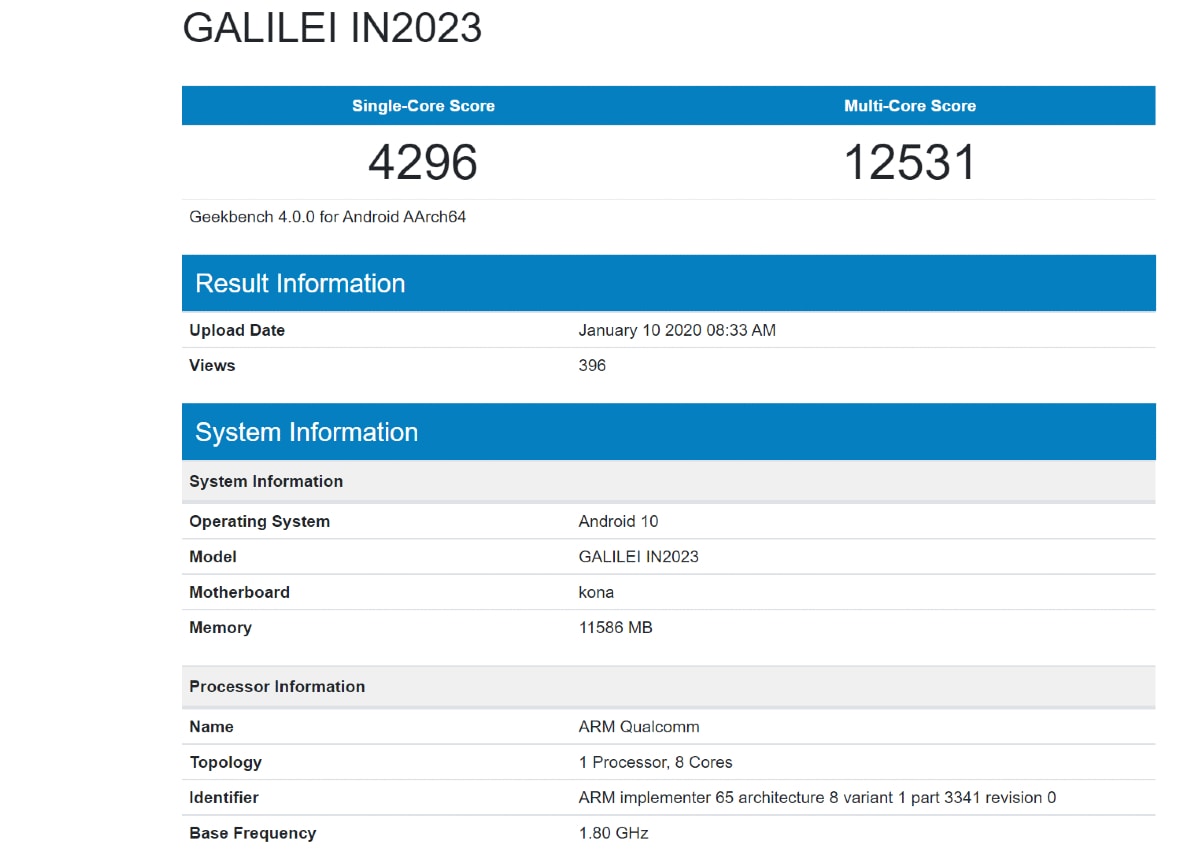 As per the previous rumours, the OnePlus 8 Pro would come with a hole-punch display and a quad rear camera setup with a time-of-flight (ToF) sensor. The smartphone is also speculated to have a curved display. Moreover, OnePlus recently teased its 120Hz display technology that could be a part of the OnePlus 8 Pro to deliver a superior experience over what was featured on the OnePlus 7 Pro.

For the biggest CES 2020 stories and latest updates, visit our CES hub.