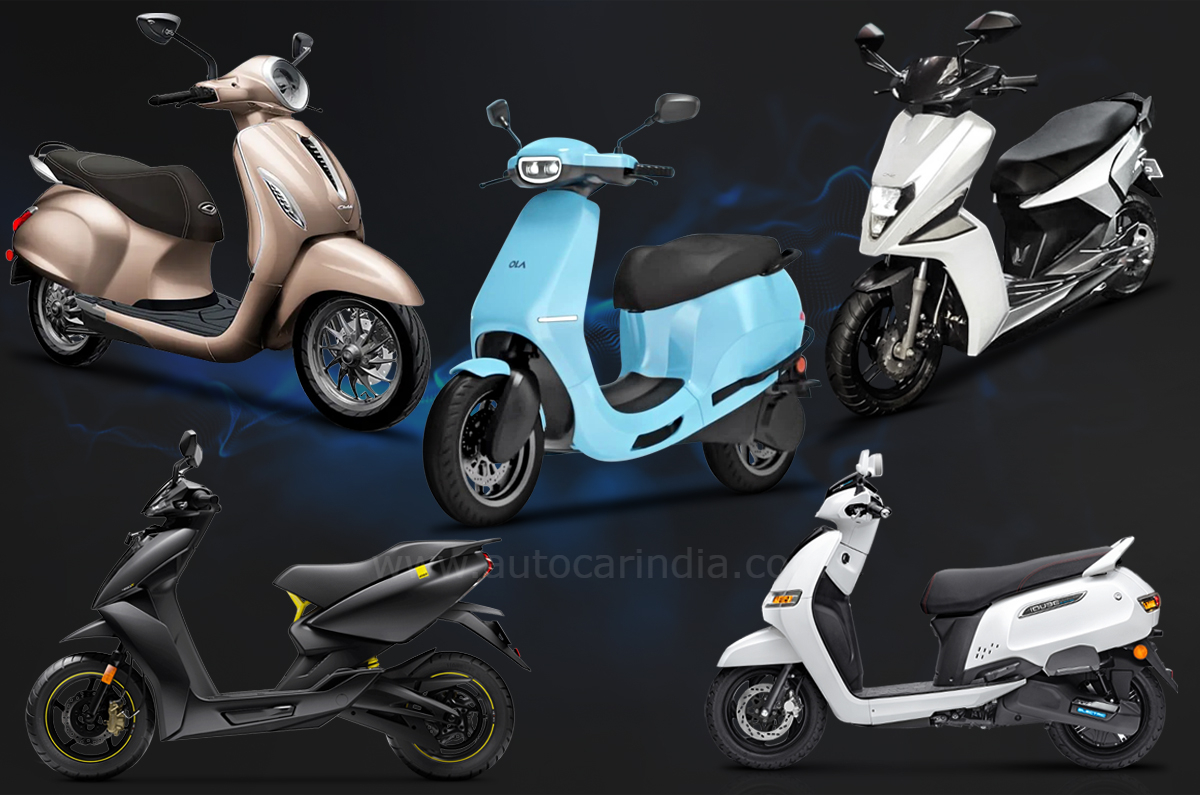 Ola Electric’s scooter is available in two variants – S1 (Rs 99,999) and S1 Pro (Rs 1,29,999), while the Simple One is available in only one variant and costs Rs 1.10 lakh. However, both these prices are after the FAME II subsidy, but before state subsidies. Therefore, buyers can expect a significant reduction in prices in states like Gujarat, Delhi and others that have their own EV subsidies.

As for the rivals, the prices for other competing scooters include both FAME II and state subsidy offered by Delhi. The TVS iQube is available in only one variant and costs Rs 1.01 lakh, which is slightly more than the Ola S1. As for Ather Energy’s 450 range, it is priced at Rs 1.13 lakh (450 Plus) and Rs 1.32 lakh (450X). Lastly, the Bajaj Chetak that’s available in two variants – Urbane (Rs 1.42 lakh) and Premium (Rs 1.44 lakh) – cost significantly more as it doesn’t meet the requirements of the FAME II subsidy yet.

To begin with, the Ola S1 and S1 Pro come equipped with a 2.98kWh and 3.97kWh battery respectively. The company is claiming a range of 121km and 181km, respectively; these are likely to be ARAI numbers and real world numbers are expected to be lower.

While these batteries are quite high-capacity, it’s the Simple One that has the highest battery capacity of any electric two-wheeler on sale in India at 4.8kWh. The total battery capacity of the One is almost double that of Ather’s 450X (2.9kWh), and more than double that of TVS’ iQube (2.25kWh). This is one of the reasons why Simple Energy is able to claim a 203km real-world range in Eco mode. We will put these claims to the test as soon as we get the opportunity.

Both variants of the Chetak use the same 3kWh battery, which isn’t the largest, but sits somewhere in between. Every scooter in this comparison uses a fixed battery except the Simple One as a part (1.6kWh) of its battery is removable.

Moving on to the more exciting side of things, the motors. The Ola S1 Pro leads the pack with a claimed peak power output of 8.5kW. This is significantly more than the 6kW of peak power the Ather 450X puts out. While the lower-spec S1 variant makes the same claimed peak power figure, the Ather 450 Plus makes do with an output of 5.4kW. Ola is claiming that the S1 makes 58Nm of torque (at the motor shaft). Ather, on the other hand, produces a claimed 22Nm (450 Plus) and 26Nm (450X).

Bajaj has said that the Chetak employs a motor with a peak power of 4.08kW, which is slightly less than the TVS iQube’s figure of 4.4kW. The torque figures stand at 33Nm on the TVS and 16Nm on the Chetak.

However, the Simple One is more powerful than these two on paper as it makes a peak power figure of 4.5kW and 72Nm of torque. The only scooter in this comparison to use a hub-mounted motor is the TVS iQube.

The e-scooters from Ather, Ola and Simple all use a TFT display with touchscreen capability. The TVS’ display is also a large TFT unit, but it can only be controlled via its dedicated buttons. The Chetak, meanwhile, gets a round, simple-looking LCD that displays basic information, but requires it’s application on your smartphone to display more information. These features, however, are eclipsed by what the others have to offer. The large colour screen on the other scooters display call and SMS alerts, navigation and ride statistics. Ola also has segment-first features like a voice assistant, a brake pad wear sensor and more. While all these scooters feature reverse functionality, and the Simple has tyre pressure sensors, it’s only the Ola that gets cruise control.

Before the arrival of the scooters from Ola and Simple, the electric scooter space was quite evenly matched. However, as seen with the electric car segment, it is developing rapidly. Both the S1 and One promise to offer more power and range, without being more expensive. In fact, the S1 is the most affordable electric scooter in this comparison.

What remains to be seen however, is how they perform, once we get our hands on it. And, more importantly, how effectively these new companies are able to bring their products to the market.