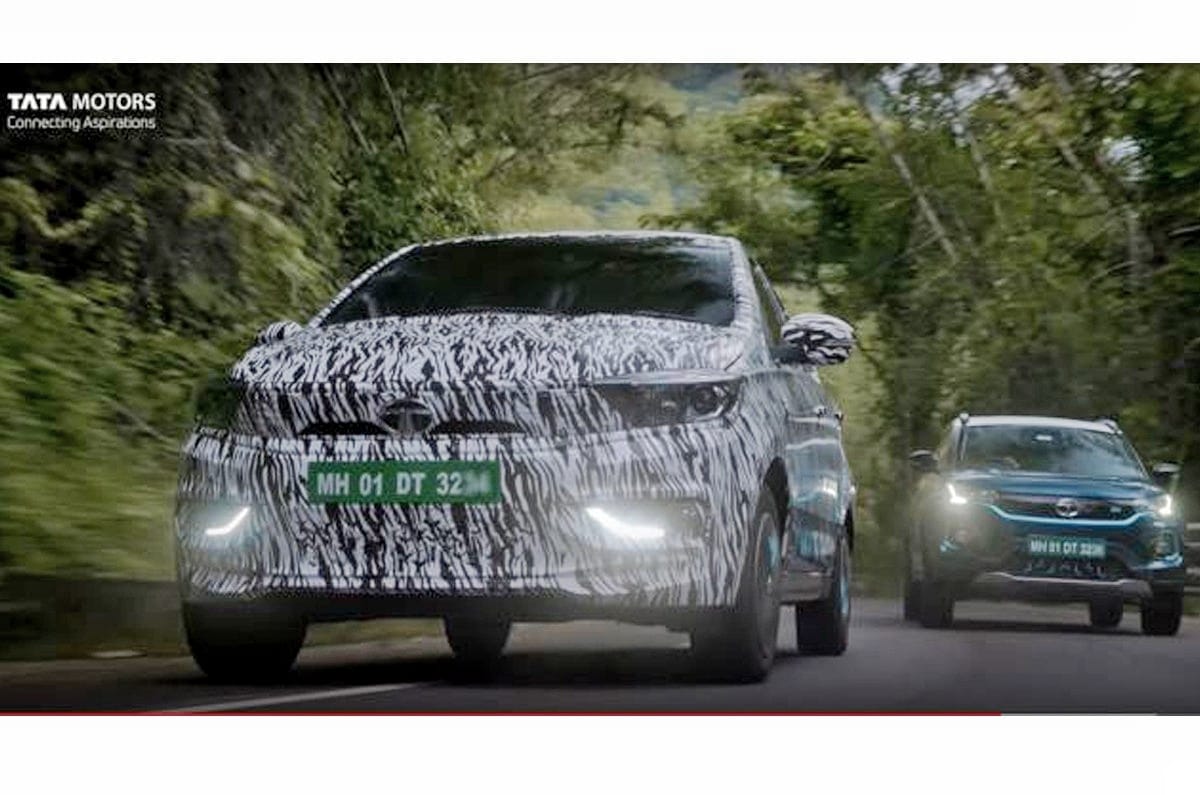 
Tata Motors will soon be expanding its EV portfolio in India with the new Tigor EV, which will be powered by the company’s Ziptron EV powertrain. Ahead of its launch in the coming weeks, Tata Motors has released a teaser video showcasing the Tigor EV in complete camouflage.

A few weeks ago, Tata Motors launched an electric version of the Tigor facelift – the Xpres-T – but it was only available for fleet buyers. The Tata Xpres-T uses the old Electra 72V architecture and comes with a 21.5kWh battery pack – same as the pre-facelift Tigor EV – which was also available to private buyers.

For instance, the Nexon EV uses a 95kW electric motor and a 30.2kWh lithium-ion battery pack, producing 127hp and 245Nm of peak torque, and has a claimed driving range of 312km on a single charge. Although Tata hasn’t confirmed the exact output figures and battery size for the Ziptron-based Tigor EV, it will certainly be much greater than the 41hp and 105Nm of torque produced by the Xpres-T.

Tata Motors had previously stated that Ziptron vehicles will have a range of at least 250km, which means the Tigor EV will likely deliver around that figure; we expect it to be closer to that of the popular Nexon EV. For comparison, the Xpres-T only offers up to 213km of range.

With the new Ziptron tech, comes fast-charging capabilities. Using a fast charger, the Nexon EV can be topped up from 0 to 80 percent in just 60 minutes, while regular home charging takes about 7 to 8 hours. Expect similar charging times for the Tigor EV, a significant improvement over that of the Xpres-T’s. The Ziptron tech also allows for regenerative braking on the Nexon EV, and it could be offered on the Tigor EV as well.

The Xpres-T and Tigor EV Ziptron are aimed at completely different audiences, so Tata Motors will be looking to further differentiate the latter in terms of styling and features.

The teaser video reveals that the Tigor EV will get projector headlamps with LED DRLs integrated in the front bumper; the Xpres-T only gets halogen bulbs. It also gets electric blue accents on the alloy wheels. While the Xpres-T is only available in white, we expect a wider range of colour options for the Ziptron-powered Tigor EV. Also, compared to the regular Tigor, the EV version gets an enclosed grille.

On the inside, too, the Tigor EV is expected to boast of more features than the Xpres-T. The biggest upgrade should be the inclusion of a touchscreen infotainment system, compared to the Xpres-T that only comes with a Harman-sourced audio system with Bluetooth connectivity. We also expect blue highlights to feature on the inside.

The Tata Tigor EV Ziptron is likely to undercut the Nexon EV’s Rs 13.99-16.85 lakh price range and could cost about Rs 1.5-2 lakh more than the ICE-powered Tigor, which currently tops out at Rs 7.82 lakh.

This also means that the upcoming Tigor EV could be the most affordable EV available to private buyers in India. Tata Motors is already leading the EV race in India and with the new electric Tigor, they could end up with a huge slice of the mass-market EV space. Tata is also working on a CNG version of the Tigor, further diversifying the fuel options for the compact sedan.

All prices are ex-showroom, Delhi