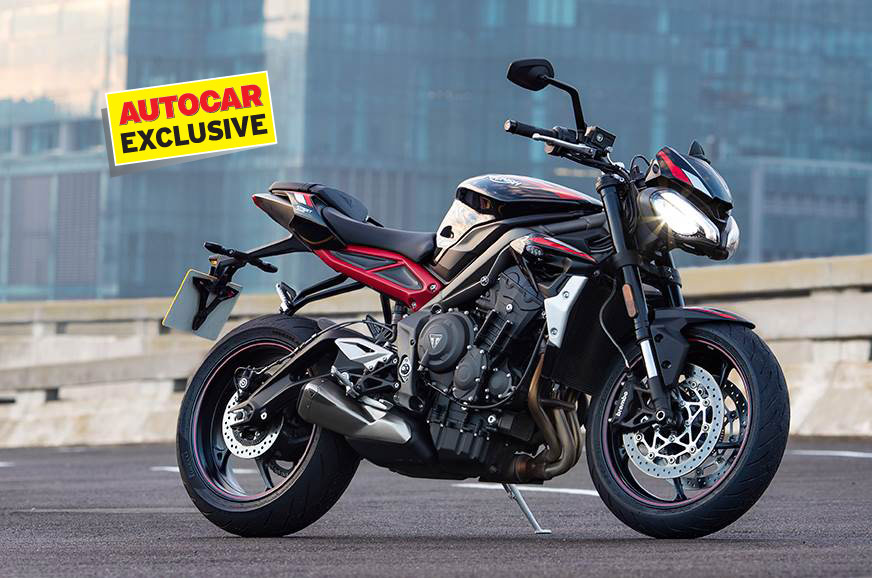 Triumph has just launched the 2020 Street Triple RS in India and you can click here to read about how the new bike offers more bang for the same buck. However, the company plans to bring in one more bike from the Street Triple family soon, and this is a model that India has never had before – the Street Triple R.

For years, the Street Triple R used to be the range-topping version, with its superior suspension, brakes and tyres. However, with the introduction of the new 765cc engine in 2016, Triumph bought in the even higher-spec RS model that sat above the now mid-spec R and the base Street Triple S. The company originally launched the Street Triple 675 in India in 2014, but we never got the R model in that range. From 2017 onwards, Triumph sold the Street Triple 765 RS and the S in our country, but we still didn’t get the R. Now, a big change in the model line-up overseas changes the bikes that are sold in India.

For 2020, the Street Triple S now features a 660cc engine that is compliant with Europe’s A2 learner licence regulations. The R model has been updated to Euro 5, but it also loses a couple of features like the TFT dashboard, which has helped Triumph price it lower than the model it replaces. Nevertheless, it still gets features like an up-down quickshifter, fully adjustable suspension from Showa, Brembo M4.32 brake callipers up front and Pirelli Diablo Rosso III tyres. Electronic assists are decent, but they are nowhere close to the level of its primary rival – the KTM 790 Duke. Where the Triumph has the KTM beaten is in engine power, and with 118hp/77Nm, it is just 5hp/2Nm down on the Street Triple RS.

The 2020 Triumph Street Triple R has a whole lot more kit than the rather bare-bones Street Triple that it replaces in India. However, the top-spec RS differentiates itself with even better suspension, brakes and tyres, as well as two more riding modes and some styling differences.

The good news for Indian sport-naked enthusiasts is that Triumph is attempting some aggressive pricing for the R. We believe the brand is even targeting a Rs 9.5 lakh price tag, if not a bit lower. This isn’t much more than the BS4 Street Triple S model, which retailed at Rs 9.2 lakh (ex-showroom), and it will make the R quite a tempting proposition. Triumph hopes to launch the bike in June, but naturally, this will depend on the COVID-19 situation at the time.

When it launches, the 2020 Triumph Street Triple R will go up directly against the BS6 KTM 790 Duke, which is due for launch soon. The BS4 790 Duke retailed for Rs 8.63 lakh (ex-showroom), and we have recently learned that the BS6 bike is due for a small price increase.

Triumph Tiger 900 to launch in May

A Space Odyssey: Britain Rockets Into Unknown With OneWeb

Samsung Galaxy A70 Starts Receiving Android 10-Based One UI 2.0 Update:...