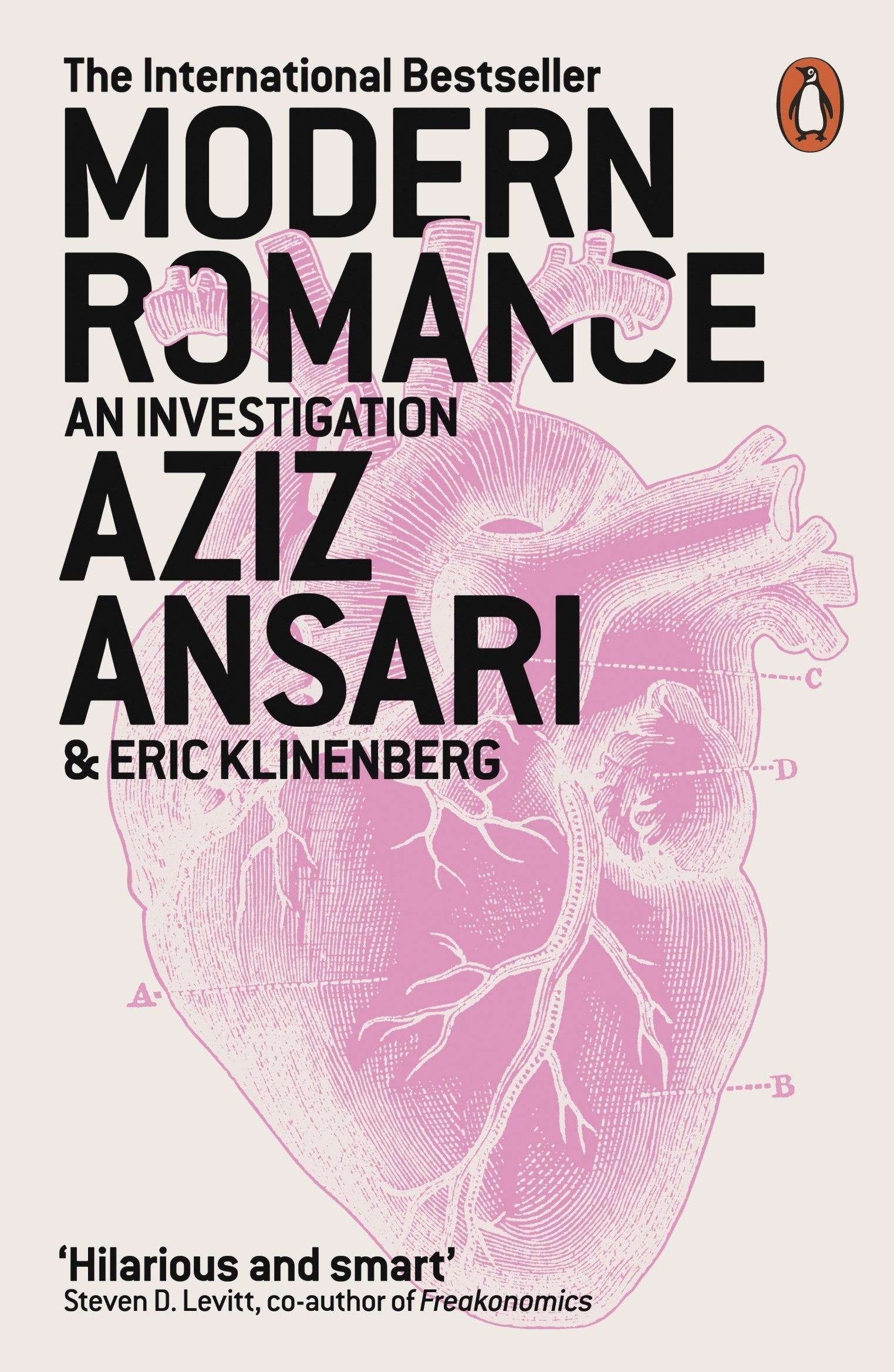 **A hilarious, thoughtful, and in-depth exploration of the pleasures and perils of modern romance from Aziz Ansari, the Emmy-award winning star of Master of None and one of this generation’s sharpest comedic voices**

In the old days, most people would find a decent person who lived in their village or neighbourhood, and after deciding they weren’t a murderer, get married and have kids – all by the age of 22.

Now we spend years of our lives searching for our perfect soul mate and, thanks to dating apps, mobile phones and social media, we have more romantic options than ever before in human history. Yet we also have to confront strange new dilemmas, such as what to think when someone is too busy to reply to a text but has time to post a photo of their breakfast on Instagram. And if we have so many more options, why aren’t people any less frustrated?

For years, American comedian Aziz Ansari has been aiming his comic insight at dating and relationships, and in Modern Romance, he teams up with award-winning sociologist Eric Klinenberg to investigate love in the age of technology. They enlisted some of the world’s leading social scientists, conducted hundreds of interviews, analyzed the behavioural data, and researched dating cultures from Tokyo to Buenos Aires to New York City. The result is an unforgettable picture of modern love, combining Ansari’s irreverent humour with cutting-edge social science.

‘Riotously funny… A zingy and satisfying read. It will make you laugh, nod in agreement and ultimately feel better that you are not alone in trying to navigate the uncertain world of romance in the 21st century’ (Katie Harrington Irish Examiner)

‘A lively look at love, marriage and the oddities of mating in the 21st century’ (The Economist)

‘Ansari has pulled it off: a thinky book that’s funny, too’ (Esquire)

‘A hilarious, often unsettling account of what young singles go through as they search for love in the digital age’ (Rolling Stone)