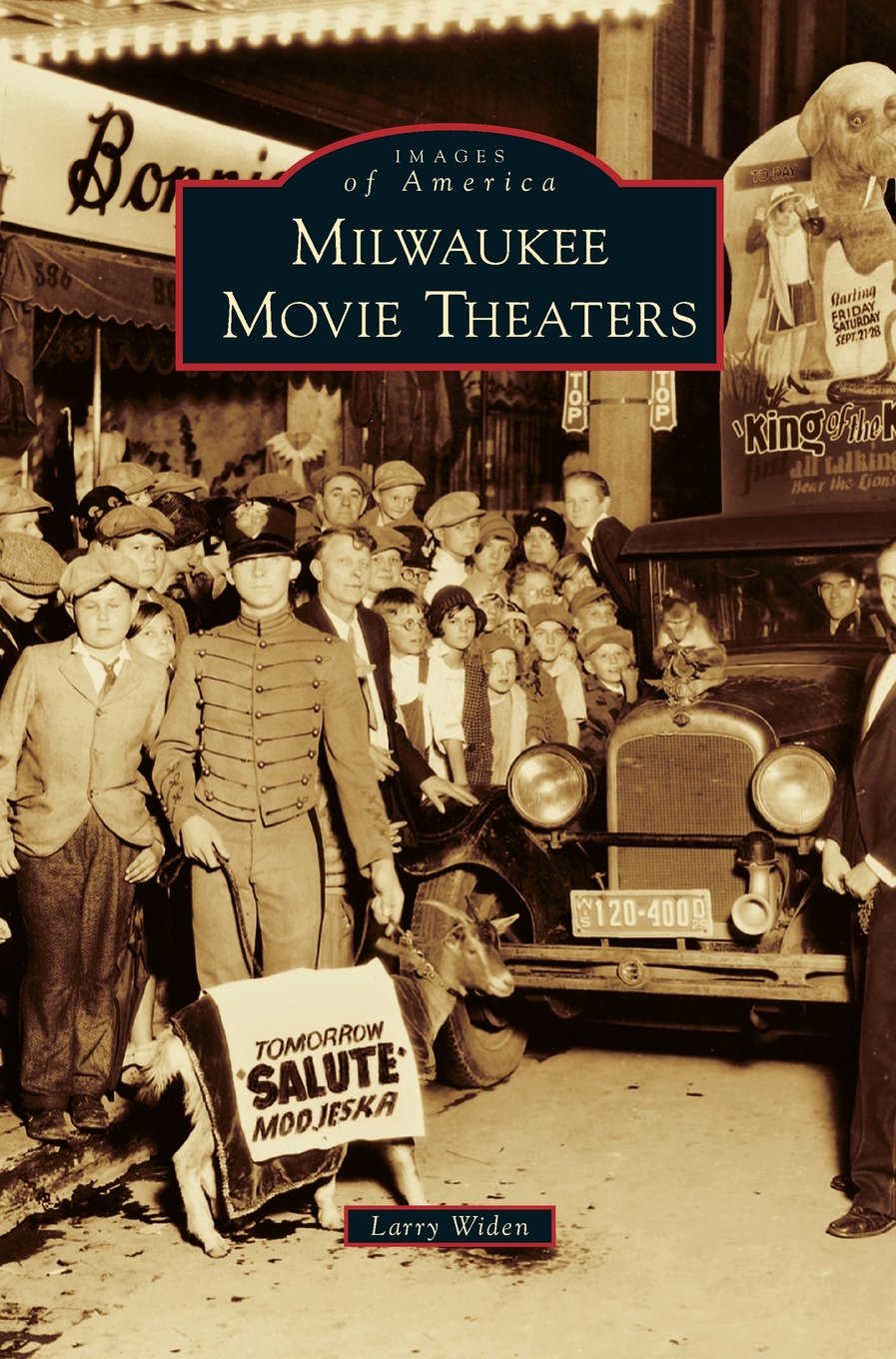 Prior to World War II, there were 90 single-screen movie theaters in Milwaukee. By 1960, that number had been reduced by half. With the arrival of television for the home market, the golden age of the movie theater in Milwaukee was dead. Yet their ghosts continue to haunt the old neighborhoods. Churches, warehouses, stores, nightspots, and other businesses now occupy the former Tivoli, Paris, Roosevelt, and Savoy Buildings. Others are simply vacant hulks, decaying from the inside out. The Elite, Regent, Lincoln, and Warner are but a few of the many silent sentinels from the days when Milwaukee was in love with the movies.

Arcadia Publishing has issued a plethora of books relating to local heritages. Wander on Arcadia’s web site and you are greeted with a map. Click on any area and the web site brings up the Arcadia offerings related to that particular area. Some series deal with the local sports legends. Some deal with the historical or geological features of the local area.

This book is part of Arcadia’s “Images of America” series and details the history of movie theaters in Milwaukee.

For the most part the movie theaters presented tend to be the single screen theaters, the ornate downtown theaters, and the neighborhood theaters. You won’t find the mega-mall mega-plexes here. In fact the closest one comes to a multiple screen theater is when downtown Milwaukee had several theaters within blocks of each other.

Vintage photographs share with the reader the grandeur that the older movie houses had. One can witness the rise and fall of movie mogul empires as the times changed. And at one time the movie companies that made the movies often owned theaters as well. I was unaware that breweries also owned theaters. Ah, but the government fears monopolies and laws are passed, banning movie companies from owning movie theaters and breweries from owning bars. And because of Prohibition, the breweries likewise bowed out of owning theaters.

The author of this book owns several local theaters himself. At the end of the book are photos with him and his family. The love of the movie theater and cinematic arts shows in this book.