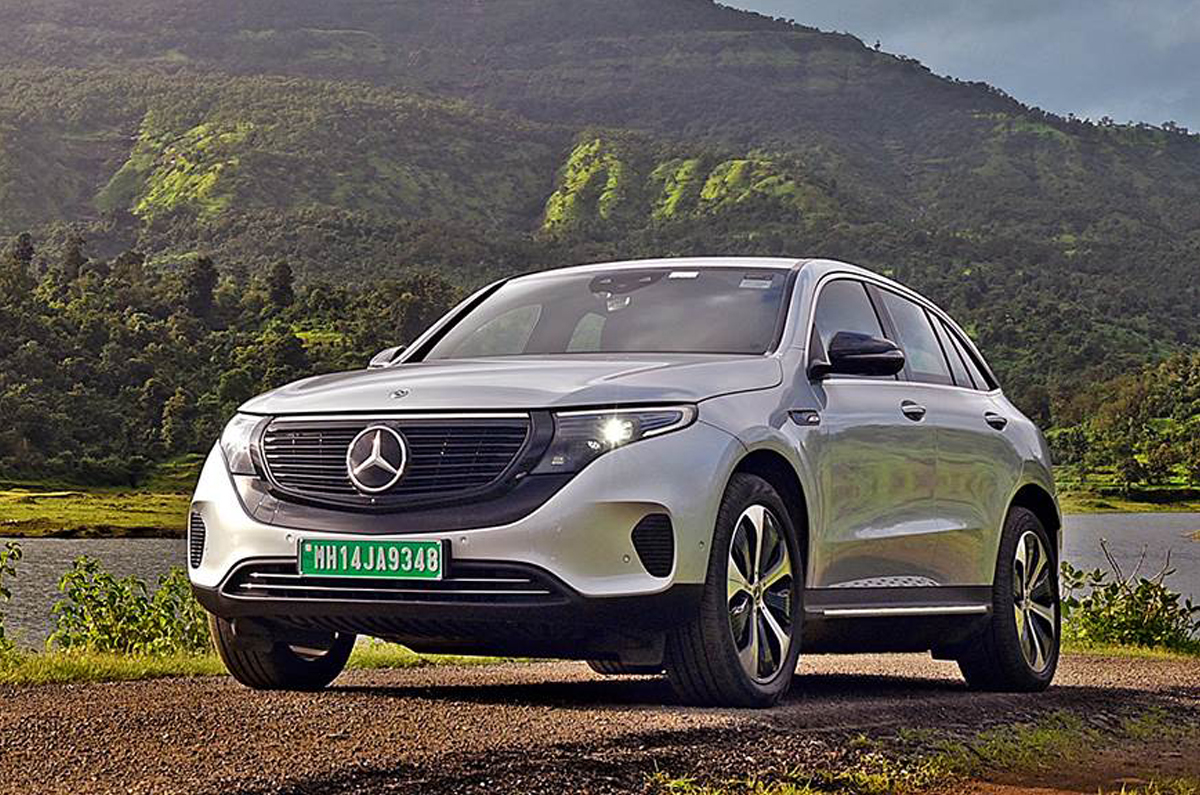 
The Mercedes-Benz EQC was the first luxury EV in India, when it was launched in October last year. The company says demand for the EQC was more than they expected, although it was initially only available in six metro cities as part of the first phase of the launch plan.

Now, Mercedes-Benz has announced the second batch of EQCs for India and has also re-opened bookings for it from today. Customers can either book the car online or at their nearest dealership.

Mercedes has expanded the retail network of the EQC. It will now be available across 50 cities in the country, making it reach a much wider audience.

Mercedes has also upgraded the on-board charger on the EQC. The previously available 7.5kW on-board charger has been replaced with an 11kW charger, making it the same as the one that’s on offer on the Audi e-tron. Mercedes-Benz claims this reduces charging time, with a 10 percent to 100 percent charge now taking 7 hours and 30 minutes, instead of 11 hours taken earlier.

Mercedes-Benz EQC: what we know so far

Powered by two asynchronous motors, one on each axle, the EQC produces a combined output of 408hp and 700Nm of torque. It has a driving range of 370-414 km according to WLTP cycle, with energy being stored in a floor-mounted 80kWh lithium-ion battery pack.

Charging times vary depending on the electrical supply, with a full charge from a standard 15A (3.4kW) domestic socket taking a leisurely 21 hours. However, using a DC fast charger, you can top up the batteries from 10 percent to 100 percent in under 90 minutes. As already mentioned, you also get a 11kW on-board charger provided by Mercedes.

The EQC shares its underpinnings with the combustion-engined GLC, although Mercedes has extensively reworked the styling of the car in a bid to ensure it stands out. It is characterised by smooth flowing curves, unique grille and headlamp treatment, and a few blue accents. On the inside, while the dual-screen infotainment and instrument cluster are quite familiar, details like the bronze inserts in the air-con vents and unique seat design set it apart as an EV.

EQCs in the first batch were available in India for Rs 1.06 crore (ex-showroom), and prices for the second batch will likely remain the same. The second batch of EQCs will start arriving from October 2021. It rivals other luxury EVs in this space like the Jaguar I-Pace and the Audi e-tron.