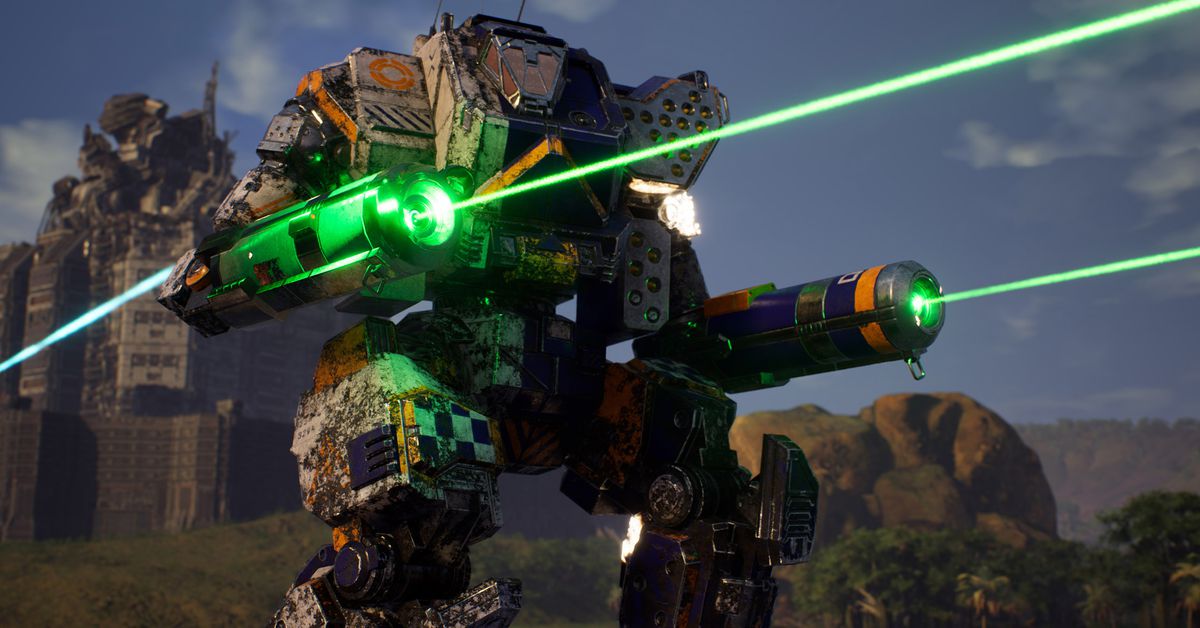 When MechWarrior 5: Mercenaries launched in 2019, it was a deeply flawed game — and to a large extent, it still is. But the developers at Piranha Games have been relentless in applying new updates to improve the situation. The next attempt, announced Thursday, is a free update coming on Sept. 23 that could allow players to bypass one of the game’s biggest flaws.

MechWarrior 5 focuses on the lance, a formation of four heavily armed righting robots called Mechs. In multiplayer, you can get other humans to be your three lancemates, but in single player the rest of your team is controlled by the AI. At launch, that AI was dangerously stupid. As in, “protecting the people living in an apartment building by charging through said apartment building” stupid. The situation has improved somewhat, but the system for giving in-game orders still lacks quite a bit of nuance.

It’s a bit like sending a U.S. Air Force fighter pilot out on a mission in a billion-dollar airplane and telling them to just make it up as they go along. As a result, I find that there’s a lot more damage than necessary, both to my collection of hard-won refurbished Mechs and to the objectives that we’re trying to protect. Focusing fire on the enemy, using the differently ranged weapons mounting on all of my Mechs, is basically a crapshoot.

With the Sept. 23 update, Piranha will add the ability to switch between Mechs on the fly. That will allow the player to take control of each of their three lancemates in turn, then come back to their personal Mech when they’re finished messing around. That should make setting up ambushes and using long-range weaponry a lot more effective than it is right now.

Piranha is also adding melee combat. Long a fixture of the tabletop game, it’s a welcome addition to this digital iteration.

Alongside the free update that all players will receive, Piranha is launching a story-focused expansion titled Legend of the Kestrel Lancers. The announcement was timed for the first day of Gen Con, the nation’s largest tabletop gaming convention. It’s poetic, since the expansion focuses on one of the tabletop game’s most evocative chapters — and one of Gen Con’s biggest stunts.

In 1988, franchise then-owners FASA hosted a wedding at Gen Con for the fictional characters Melissa Arthur Steiner and Hanse Davion. The union would bring together the Lyran Commonwealth and House Davion, creating a new superpower. They even brought cake. From our 2017 retrospective:

It was at that point that the groom gave his bride the gift of the neighboring empire. His invasion fleet was already on its way, dropping from orbit on dozens of worlds with guns blazing.

“Everyone in the audience looks underneath the cake,” said Jordan Weisman, co-creator of the BattleTech and MechWarrior franchises. “There, on the plate, are all of the planets that are being invaded as they sit there.”

An epic tournament ensued, with players in the audience being plucked out of their seats to fight in-fiction battles that would become fodder for the next round of novels and gaming supplements.

Legend of the Kestrel Lancers will tell a story from that same fictional time period, known as the Fourth Succession War. That means departing from MechWarrior 5’s existing sandbox-style structure. It will include 14 missions and seven quests, with large-scale conflicts staged on hand-made battlegrounds.

Both the free update and the paid DLC will be released simultaneously on Windows PC, via Steam, GoG, and the Epic Games Store, alongside versions for PlayStation 4, PlayStation 5, Xbox One, and Xbox Series X. You can find more details at the official website, although Piranha did not announce pricing for Legend of the Kestrel Lancers on Thursday.