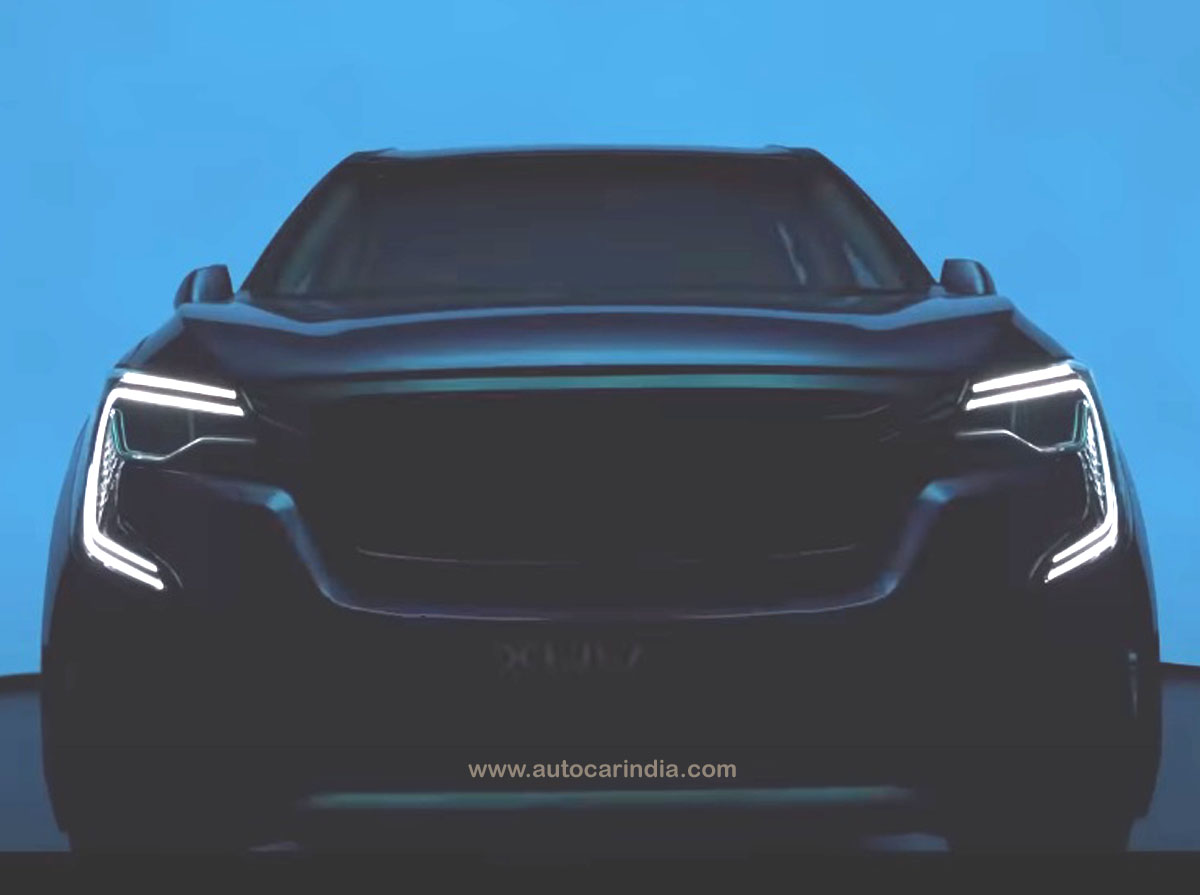 The much-awaited Mahindra XUV700 will be making its global debut on August 14, 2021.Mahindra has been teasing the segment-first features of the XUV700 in the run up to its debut, to give us an idea of what the XUV500 replacement will be like.

Despite the new name, the XUV700 is, in essence, the successor to the extremely popular XUV500. This will be most evident in its design, which is expected to add many new design elements, including the new headlights with C-shaped DRLs, pop-out door handles that sit flush with the body, new grille, tail-lights and alloy wheels. Although, its overall styling will be reminiscent of the XUV500. The new XUV700 will be the first model from the Mahindra SUV range to recieve the brand’s new logo.

Mahindra will also pack the XUV700 with lots of features, to increase its appeal. The equipment on offer will likely include a dual-screen layout – one for the infotainment and the other for the instrument cluster – AdrenoX interface for the infotainment, Android Auto and Apple CarPlay connectivity, voice commands carried out by Amazon Alexa virtual assistant, advance driver assist systems (ADAS) (a segment first) , a panoramic sunroof, automatic climate control, and an electronic parking brake. Additionally, the XUV700 will also be offered in two seating layouts – a 6-seat layout with captain’s seats in the middle row and a 7-seat layout with a bench-style seat in the middle row.

As previously reported us, the XUV700 will have the most powerful engines in the segment, because Mahindra will offer a 200hp, 2.0-litre, four-cylinder mStallion turbo-petrol and a 185hp, 2.2-litre, four-cylinder mHawk turbo-diesel unit with the model. Both engines will get manual and automatic gearbox options.

Once launched, the Mahindra XUV700 will face stiff competition from other three-row SUVs like the Tata Safari, MG Hector Plus and Hyundai Alcazar.

It is also worth mentioning that Mahindra has confirmed it will temporarily discontinue the XUV500 when the XUV700 arrives. However, the carmaker isn’t getting rid of the nameplate, as the all-new XUV500 is set to arrive in early 2024, and will be repositioned in the midsize SUV segment to rival the Hyundai Creta.

Mahindra 3.0: How the Indian SUV brand is reinventing itself again