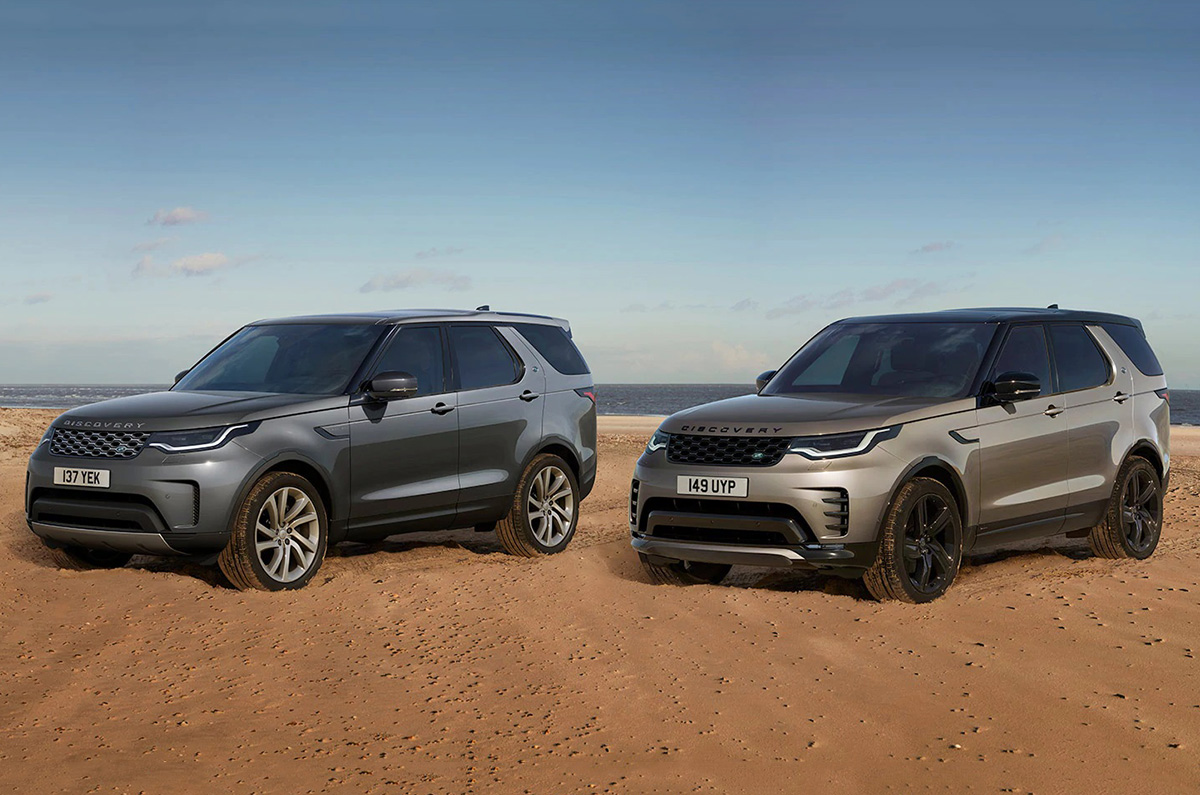 
Land Rover is set to launch the Discovery facelift in India. Information about the upcoming SUV is out on the carmaker’s India website. Revealed in November 2020, the SUV gets updated exteriors and interiors, along with more equipment.

The Discovery facelift remains largely similar to the outgoing model, though the styling has been spruced up in certain places. The front fascia has been restyled to bring it in line with the latest iteration of the Discovery Sport. Chief among the changes up front are the restyled grille and headlamps that now feature the LED Matrix tech on higher variants. At the back, the asymmetrical profile of the tailgate has been carried over, though the design has been enhanced with a pair of reworked tail-lamps that sport bolder LED elements.

The updated Discovery also gets a new R-Dynamic trim line that provides a gloss-black treatment to numerous trim elements, including the grille, bumper and body cladding, alloy wheels, wing mirrors and the roof.

Inside, the Discovery’s cabin retains its basic layout, albeit with a raft of upgrades. Taking centre stage on the dashboard is a new 11.4-inch touchscreen. Dubbed the Pivi Pro, the new infotainment system is shared with the recent crop of JLR models and is said to be far more intuitive to operate than the 10.0-inch Touch Pro display it replaces.

The air-con panel has also been restyled with new touch controls. Further down, the rotary gear knob from the previous Discovery has made way for a more conventional gear selector. Also new is the chunky, four-spoke steering that is inspired from the one in the reborn Defender.

In India, the Land Rover Discovery facelift will be offered with three engine options – two petrols and one diesel. There’s a 2.0-litre four-cylinder petrol unit that produces 300hp and 400Nm of torque and a larger 3.0-litre in-line six-cylinder engine that pushes out 360hp and 500Nm of torque.

The sole diesel engine on offer is a 3.0-litre in-line six-cylinder unit that puts out 300hp and 650Nm of torque. Both 3.0-litre engines are likely to feature 48V mild-hybrid tech to improve fuel efficiency. An 8-speed torque converter automatic gearbox and all-wheel-drive system are standard across the range.

The Discovery facelift in India will be available in two trim levels – Discovery and Discovery R-Dynamic – and three variants – S, SE and HSE – for buyers to choose from.

There are plenty of optional extras to choose from as well, like a PM2.5 cabin air filtration system, a panoramic sunroof, heads-up display and four-zone climate control. As before, the Discovery continues to be offered with adaptive dampers, standard air suspension and Terrain Response 2 traction modes.

Before being discontinued, the pre-facelift Discovery was available only with the 2.0-litre petrol engine and was priced from Rs 75.59 to 87.99 lakh (ex-showroom, India). The updated model is expected to be priced at a slight premium over its predecessor. Expect Land Rover to announce prices for the updated Discovery in the coming months.

In terms of rivals, the Discovery competes with the BMW X5, the Mercedes-Benz GLE, the Audi Q7 and the Volvo XC90.

Just 12% of global iOS users and 4% of US ones have allowed app tracking since the iOS 14.5 rollout