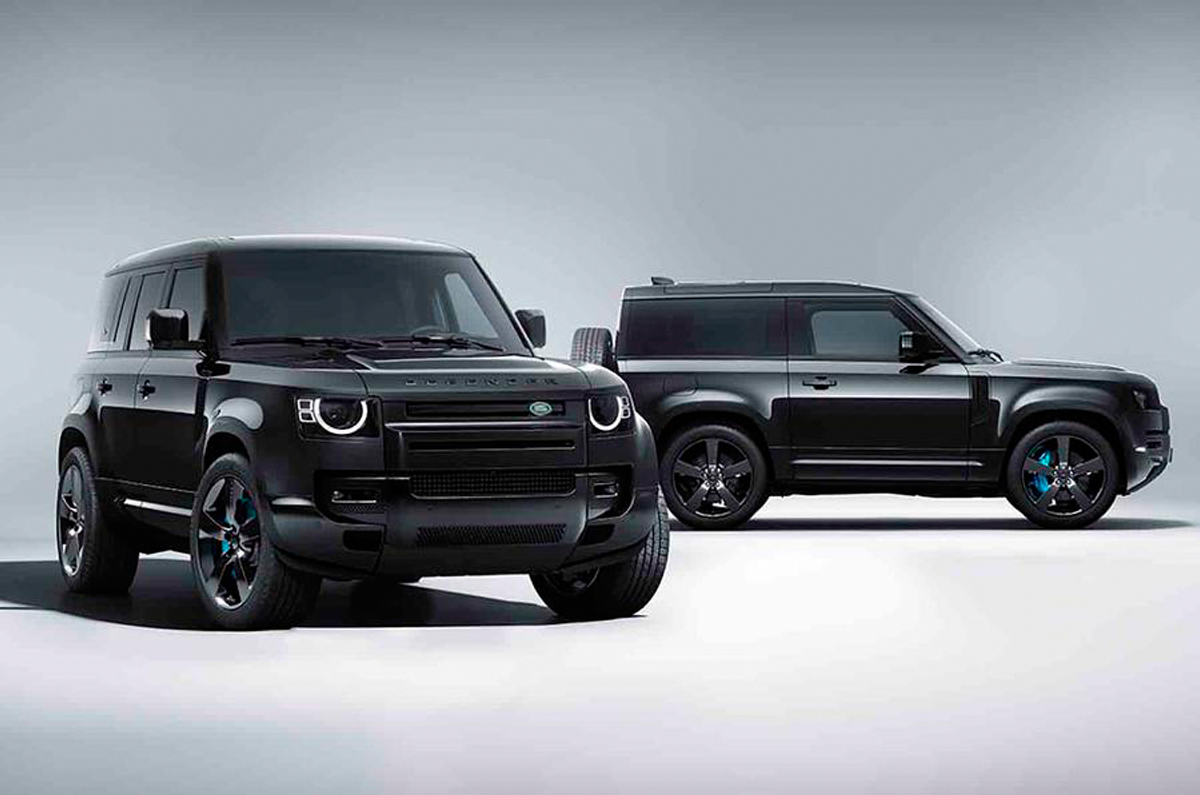 Land Rover‘s SV Bespoke division has revealed the Defender V8 Bond Edition to mark the off-roader’s appearance in the forthcoming 007 film ‘No Time to Die’.

Limited to 300 examples worldwide, the special edition is available in both the three-door 90 and longer-wheelbase, five-door 110 forms.

The Defender V8 Bond Edition features a number of bespoke styling details that expand on the Black Pack version and reflect the car’s features in the 25th Bond film, which is finally due for release later this month after many delays.

Along with 22-inch black alloy wheels and blue brake calipers, it features a ‘Defender 007’ badge on the rear and a unique puddle-light design, while the interior gains special treadplates and a Bond-themed start-up animation for the touchscreen infotainment system.

Just 15 of the 300 examples – five 90s and 10 110s – will be sold in the UK. Each will be customised by SV Bespoke and have its edition number etched alongside the CV Bespoke logo inside.

Over the past few months, Land Rover has launched updated versions of most of its lineup in India. The carmaker commenced sales of the three-door Defender 90 in July this year, followed by the launch of the Discovery facelift. Land Rover also launched the updated Range Rover Evoque and Range Rover Velar with more powerful diesel engines, along with the 2021 Range Rover Sport SVR performance SUV.