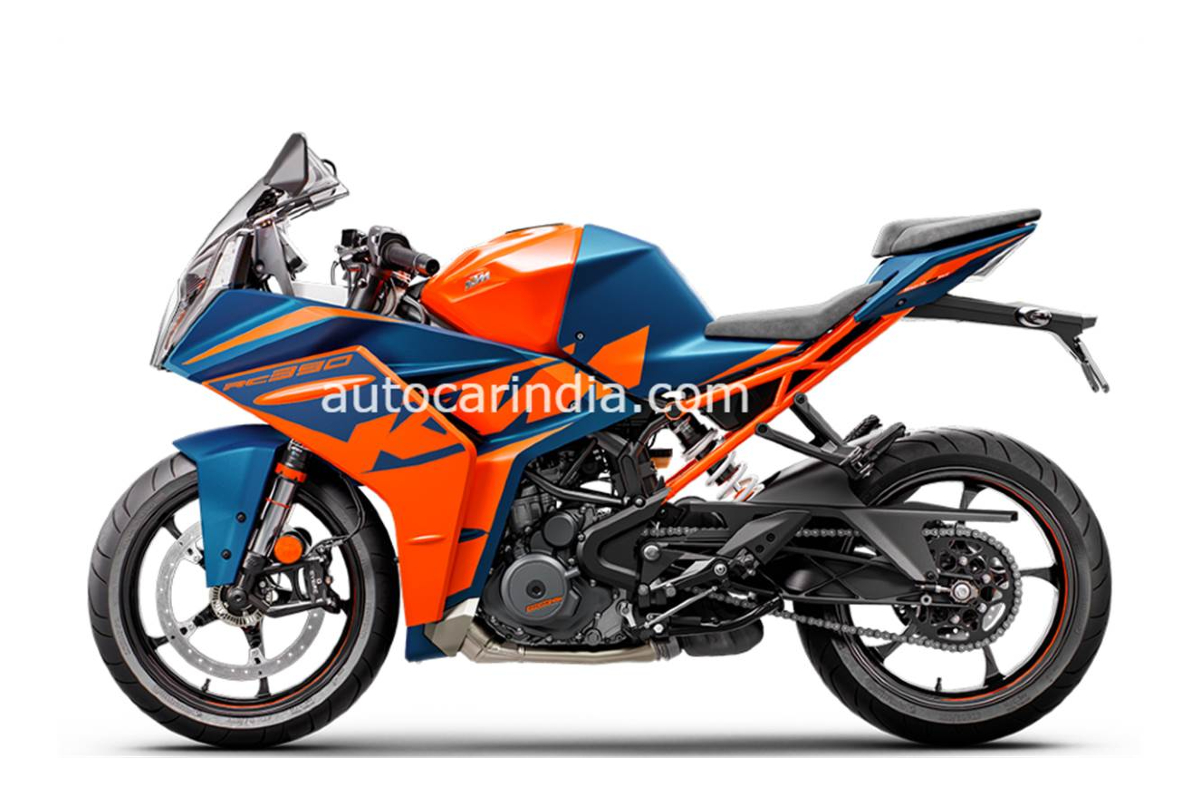 KTM has released a teaser video for its upcoming RC range on its social media pages.

The teaser does not reveal much, but gives us a glimpse at a few styling updates of the upcoming RC range. There is also a shot that hints at a September, 2021 reveal date. What remains to be seen is if it is just a reveal or whether it comes with a price announcement. KTM is also yet to confirm if it will reveal all three models, or just the top-spec RC390.

However, leaked images from earlier this month revealed all three models. The images appeared to be sourced directly from KTM, and as a result are the clearest pictures we have seen so far.

The fork tops on the front suspension of the new RC seem to sport adjusters. There is one adjuster on each fork top – one red and the other white. This is exactly like the international-spec KTM 390 Adventure, which features adjustable compression and rebound damping for the front fork. So, it is likely that the new RC 390 could get the same adjustability.

Next up is a large display that’s most certainly a TFT unit like the one on the 390 Duke. This would mean a crisp and informative screen with Bluetooth connectivity, turn-by-turn navigation as well as controls for phone calls and media playback. There’s also a lot more that the leaked images reveal, which you can read about here.

Like the RC390, the bodywork is all new, with a bigger front section and a large, single headlight on the RC125 and RC200. Although the RC390 comes with adjustable suspension, both the 125 and 200 have simpler looking suspension forks with no screws on top. These smaller bikes are also seen wearing the Continental ContiRoad tyres as the new RC390. But it is possible that the smaller India-spec bikes will run on more cost-effective MRF tyres, as they currently do. The bikes also have a new cooling system with a curved radiator and two radiator fans, one on either side. To read more about the changes on the smaller RCs, head here.