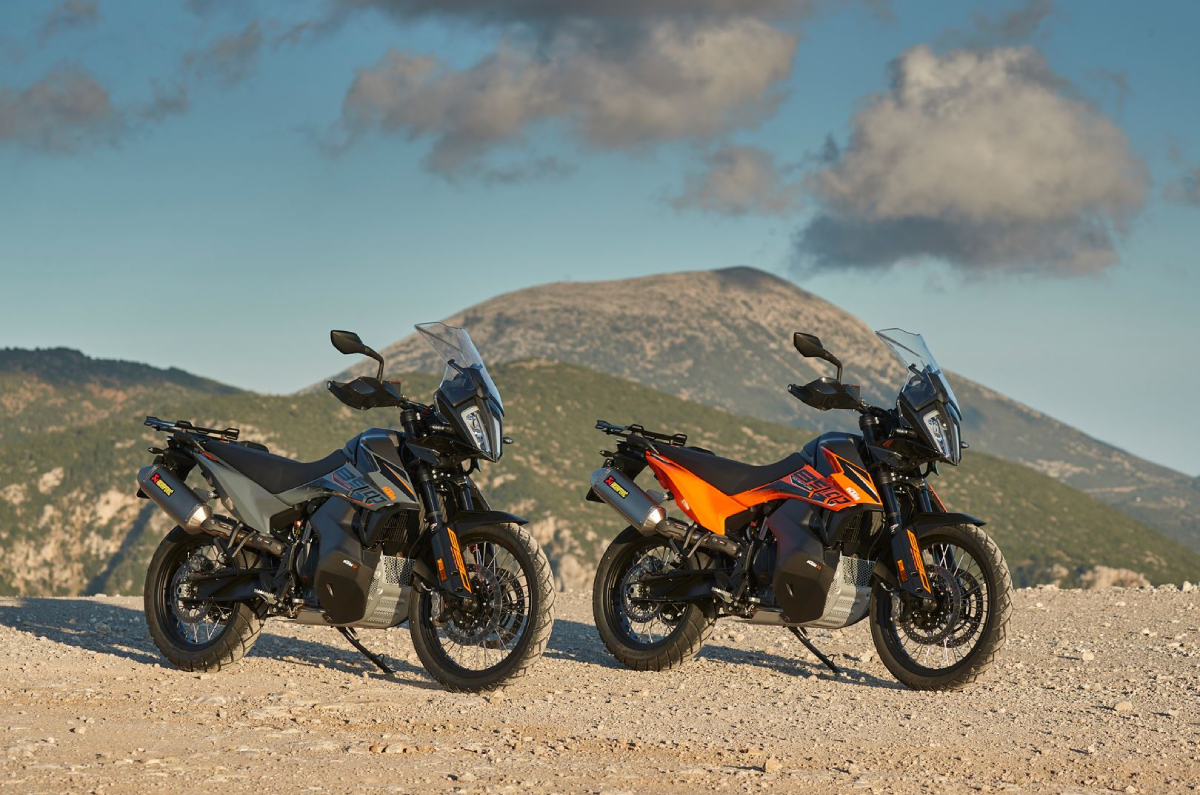 Its touring-oriented nature is evident in the low front fender, split seat and tarmac/trail tyres. KTM has also dropped the standard seat height on the 890 Adventure to 830mm, which can be raised to 850mm, if required. That’s still lower than the KTM 390 Adventure’s 855mm seat height.

On the other hand, some of the bits that it shares with its other 890 siblings includes the engine sump guard, handguards, low-slung fuel tank and the high-set exhaust.

The 890 Adventure shares the same 889cc, twin-cylinder engine that powers the off-road-biased 890 Adventure R and 890 Adventure R Rally. The liquid-cooled engine produces 105hp and 100Nm and has a 20 percent heavier crankshaft than the 790, which KTM says helps increase the sense of stability at low RPM.

As is the case with the engine, the 890 Adventure also shares the same Chromium-Molybdenum-Steel frame as on the other 890 Adventures. It rides on 21-inch front and 18-inch rear, wire spoke wheels, shod with Avon Trailrider tyres.

Braking duties are handled by twin 320mm discs on the front wheel with four-piston calipers and a 260mm rear disc with a two-piston caliper.

As far as electronics are concerned, KTM is offering a comprehensive package that includes IMU assisted traction control, ABS and ride modes. These can be accessed via the TFT dash.

The KTM 890 Adventure goes on sale in international markets by the end of this year. However, there is no word if KTM will bring the 890 Adventure or even the 790 Adventure to India in the near future. At present, the company is readying for the launch of the 250 Adventure  in the Indian market. Stay tuned for more.