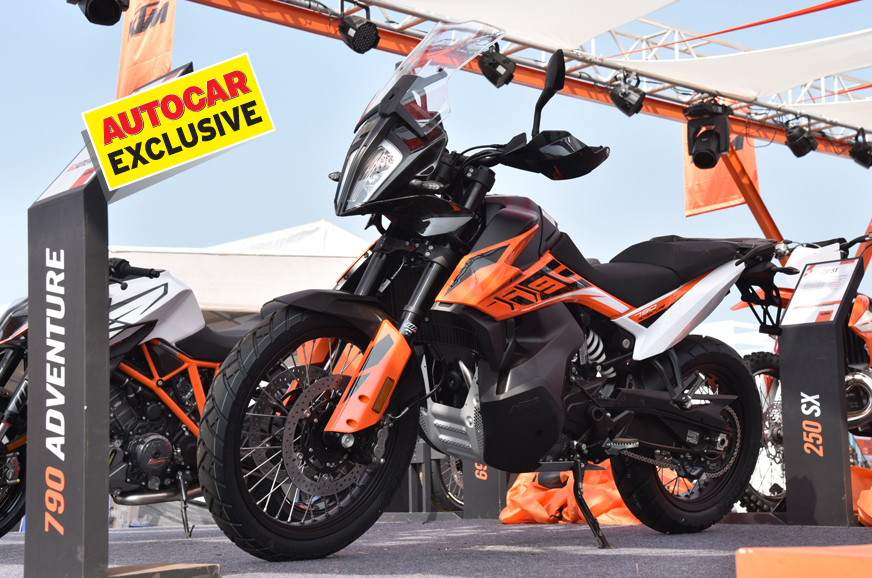 The 790 Adventure will make its way to India in BS6 form and could be localised like the 790 Duke – a process which is currently underway.

Back in October 2019, we were the first to tell you that KTM was planning to launch the 790 Adventure in India in 2020. We can now tell you that this launch is scheduled for the last quarter of 2020. Until then, the company’s focus will be on the 790 Duke.

At present, the 790 Duke (the 790 Adventure’s sport-naked sibling) is imported from Austria as a CKD and has very little local content. As a result, there is said to be some delays regarding spare parts availability. The brand’s main focus now is to introduce a more localised version of the 790 Duke and have a strong support network setup here. The 790 Duke is in line for a price hike with the upgrade to BS6, but with a decent level of localisation, we may actually see the price go slightly down from the current Rs 8.69 lakh ex-showroom price.

It is only after this that the company is expected to bring in the 790 Adventure. Like the Duke, we could also see the company localise the adventure bike, but that isn’t clear at this point. Even if the 790 Adventure is localised, it will most certainly be quite a bit more expensive than the 790 Duke.

To give you an idea of the price difference in the United Kingdom, the 790 Duke costs £8,799 (Rs 7.70 lakh), while the 790 Adventure is priced at £11,099 (Rs 9.72 lakh) in the United Kingdom. This is an increase of around 20 percent. However, we do expect to see the 790 Adventure be priced a little lower, model for model, than the direct competition from Triumph, BMW and Honda.

Powering the 790 Adventure is a 799cc, parallel-twin that makes 94hp and 88Nm of torque. Braking hardware consists of twin 320mm discs with radially-mounted four-piston calipers at the front and a 260mm disc at the rear. The seat is pretty tall, at 850mm, but the weight should be balanced well due to the unique underslung fuel tank that holds 20 litres.

Mind you, these are the figures for the base 790 Adventure model and it doesn’t look like we will be getting the more hardcore R model, at least at the start. Nevertheless, it still boasts some pretty impressive off-road capability, with a dry weight of just 189kg, 200mm of suspension travel at both ends, along with a massive ground clearance of 233mm.

Husqvarna Svartpilen 200 India launch in the third quarter of 2020