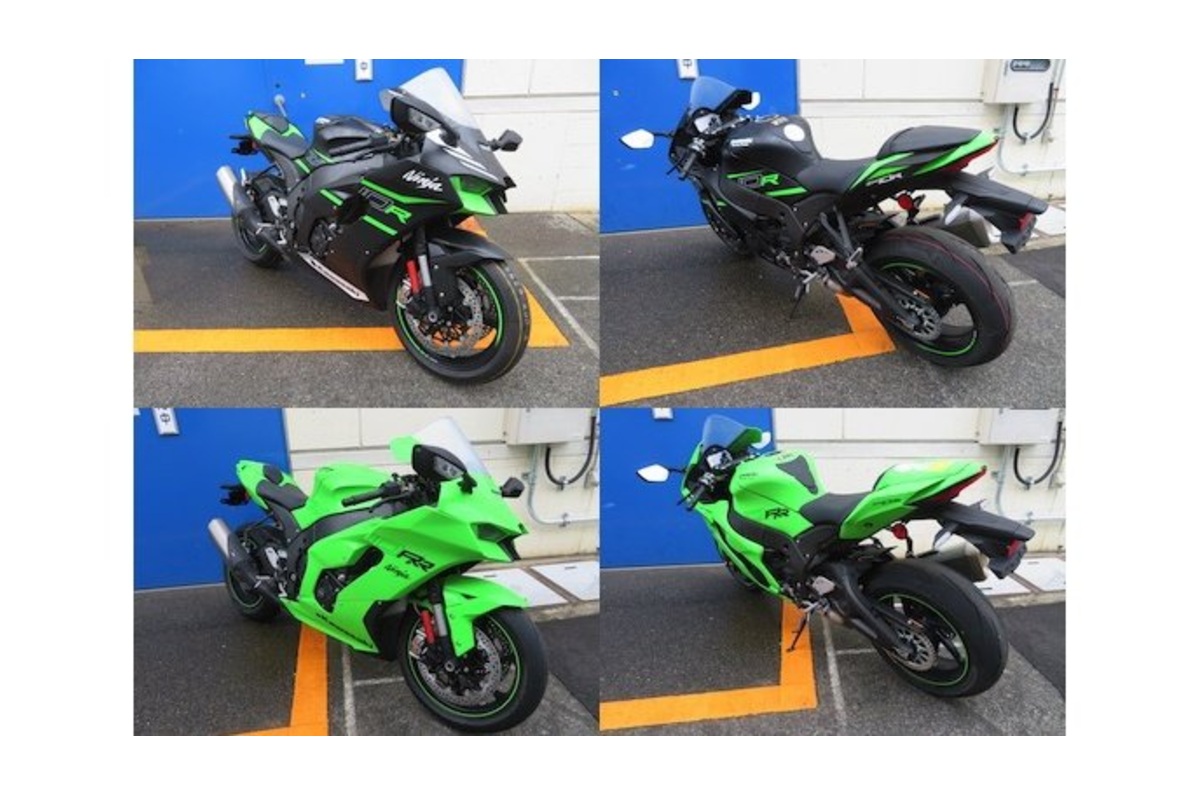 The 2021 Kawasaki Ninja ZX-10R has been spotted sans any camouflage wrap, giving us a sneak peek into what the motorcycle will look like before it is officially unveiled. The bikes were spotted in Australia undergoing local certification formalities.

The Kawasaki Ninja H2’s sharp design cues seem to have been the inspiration behind the looks of the new Ninja ZX-10R. The new ZX-10R and the homologation special, the Ninja ZX-10RR sport a similar looking front-fairing as the H2. The twin LED headlamps are placed on either side of the central ram intake tunnel and overall, the new ZX looks aggressive. The rest of the fairing, tank and tail section looks similar to the present model. Also note the bright Kawasaki green paintwork on the ‘RR’ model.

The pictures also reveal a larger instrument panel and it should feature a colour TFT display. It may also get Bluetooth connectivity features.

The 2021 ZX-10R will get a Euro 5/ BS6 compliant engine and the Australian certification documents suggest that the 2021 engines produce the same peak power, albeit at different rpms. In its current form, the Ninja ZX-10R’s 998cc engine develops 200hp.We shall get to know the exact specifications of the engine on November 23, when the bike is expected to be revealed at Kawasaki’s global press event.